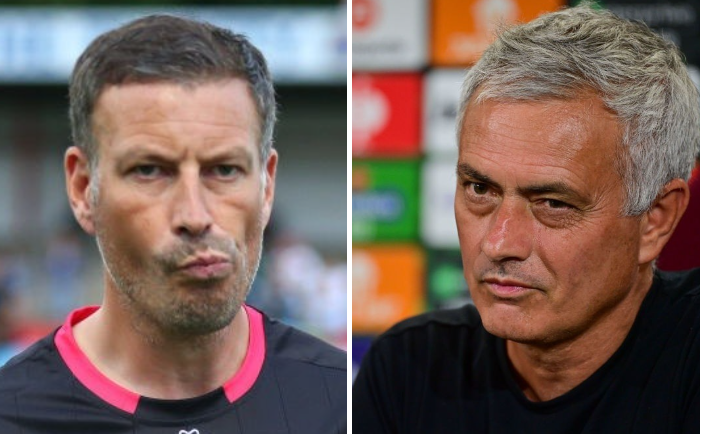 Former Premier League referee Mark Clattenburg has revealed a furious dressing room bust-up with Jose Mourinho convinced him it was time to hang up his whistle.

The incident took place during Manchester United’s 1-1 draw against Stoke City back in 2017, when Wayne Rooney’s stoppage time goal secured a late point for the visitors to the Britannia Stadium.

Rooney’s stunning free-kick also saw him overtake Sir Bobby Charlton as United’s record goalscorer, but Mourinho’s mood was far from a celebratory one.

Mourinho was particularly annoyed about the match official’s failure to penalise Ryan Shawcross for a perceived handball that would have seen United awarded a penalty.

Clattenburg was convinced he made the correct decision upon watching the incident back on TV but Mourinho refused to relent, resulting in a stormy encounter.

In an extract from his autobiography ‘Whistle Blower’ published in the Daily Mail, Clattenburg revealed: ‘It was not long after full-time when there was a knock at my dressing room door and United manager Jose Mourinho came in. I was just taking my boots off.

‘I picked up my boot and launched it against the wall next to him.

‘Mourinho froze. I lost it with him. I did not give a s*** anymore. He did not know what to say. I was so fed up with all of the ridiculous mind games.

‘I drove home while going over and over the Shawcross incident. I watched it on Match of the Day and I was right, the ball hit him flush on the chest. So why was Mourinho playing funny buggers with me?

‘I went to bed that night and I knew I’d had enough. ‘You know what,’ I thought, ‘I can’t be bothered with idiots like that anymore.”