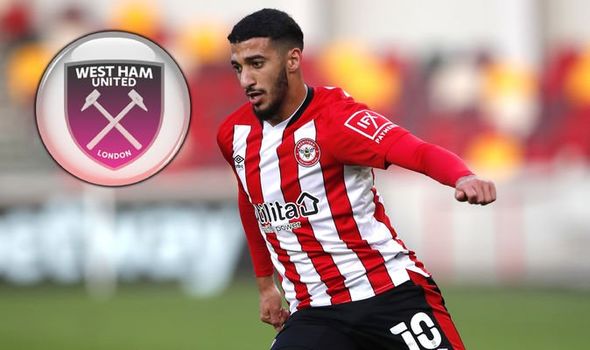 Said Benrahma will bring to the West Ham team a similar kind of “X Factor” as Dimitri Payet – but he adds a strong work ethic on top. That’s the belief of Danny Mills as the Hammers look to wrap up the addition of the Brentford attacker this week.

Premier League clubs can sign players from EFL clubs until 5pm on Monday and West Ham are eager to get a deal over the line for Benrahma.

The Londoners are willing to meet Brentford’s £30m valuation provided some of the fee is paid in add-ons, with it thought £18m would be paid upfront.

That is the same figure West Ham earned for the controversial sale of academy product Grady Diangana to West Brom in early September.

Benrahma, 25, lit up the Championship for the Bees last season with 17 goals and nine assists in 43 league games. 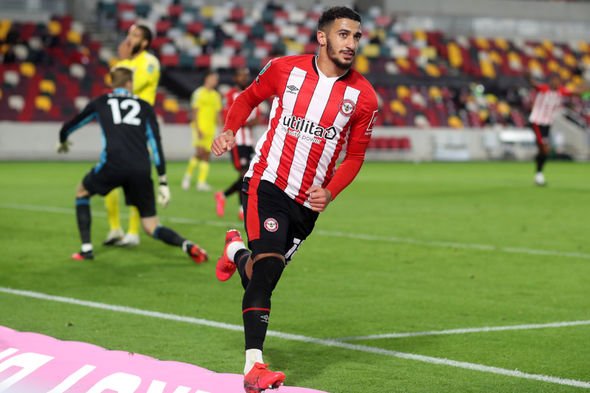 Already this term, the Algerian international has two goals in three matches across all competitions, playing on both the left and right flanks.

West Ham have even scheduled a medical for the player on Wednesday, per The Athletic, with a deal said to be agreed despite late interest from Aston Villa and Fulham.

David Moyes’ side remain in pole position for the mercurial forward, however, having only signed Slavia Prague duo Tomas Soucek and Vladimir Coufal in the summer.

And former Premier League defender Mills, who enjoyed spells with Leeds United and Manchester City, believes Benrahma could be a Payet-like figure at the London Stadium.

The French playmaker, now at Marseille, lit up English football with 15 goals and 23 assists in 60 games for West Ham and established himself as one of the most exciting No 10s in Europe. His time at the club soured though as he went on stroke to force an ugly exit in January 2017.

But Mills told Football Insider: “Felipe Anderson, Dimitri Payet had the X Factor but the extra thing you get with Benrahma is hard work.

“He possesses fabulous ability but he is also a team player. That is vital to being part of Moyes’s squad. That is first and foremost.

“Forget how good you are, you have to be a team player and work hard within that.

“David Moyes is building his kind of team. A solid, hard working, difficult to beat side with a smatter of quality in their as well.

“That is what Moyes has been renowned for for most of his career.”

Mills added that he fears for Pablo Fornals’ place in the team if Benrahma does move to West Ham, despite the £24m Spaniard supplying a goal and two assists in their last two matches, convincing wins over Wolves and Leicester City.

He continued: “With Benrahma on one side and Jarrod Bowen on the other, suddenly you have got some great players and great attacking threat.

“West Ham have a good mix of players in offensive areas. I think Pablo Fornals would be the one to make way in the eleven if Benrahma arrives.

“You have Bowen on one side, [Michail] Antonio down the middle and then Benrahma coming in off the left hand side. 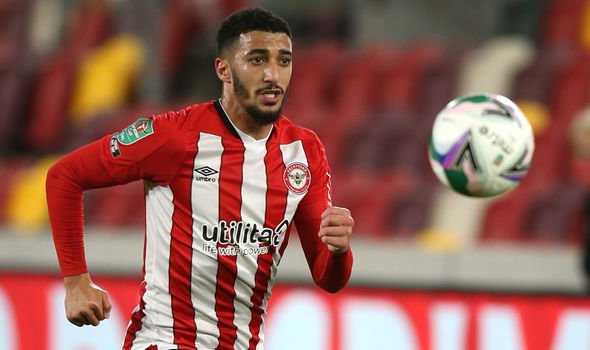 “That looks to me like a formidable attack. Benrahma makes West Ham exciting and gives them attacking edge.”

West Ham have also been tipped to sign centre-back Craig Dawson from Watford while Bournemouth’s Josh King is another attacker on Moyes’ radar.

The Cherries striker was the subject of a £13m bid from the Hammers which was knocked back.

While low-cost deal for veteran defender Dawson is thought to be close after missing out on Shane Duffy, Joe Rodon, Duje Caleta-Car, James Tarkowski and Wesley Fofana over the summer.