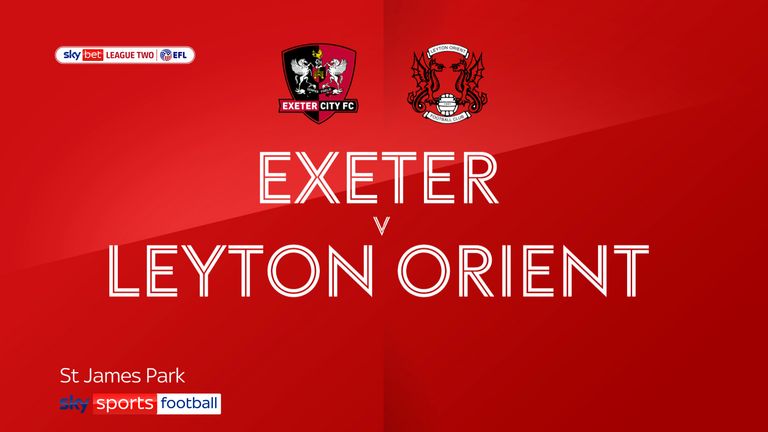 Exeter made light work of Leyton Orient as a Matt Jay hat-trick inspired them to a comprehensive 4-0 win at St James Park.

Matt Taylor’s side made a perfect start with two goals in three minutes early in the game.

The first came in the 11th minute when Joel Randall ran on to Ryan Bowman’s ball and drilled a low shot through the legs of visiting goalkeeper Lawrence Vigouroux.

The second came from Jay, who lashed a 25-yard shot towards goal. The ball swerved and Vigouroux fumbled it and looked on in horror as the ball squirmed over the line.

It was all Exeter, with Orient not creating a chance, and Jay made it 3-0 in the 42nd minute, finishing off a sublime move by bundling in from close range after Randall’s attempt had come back off a post.

Exeter continued in the same vein after the break, with Jay completing his hat-trick from the penalty spot in the 50th minute after Randall had been brought down by Tunji Akinola.

Orient’s Conor Wilkinson did force Jokull Andresson into making a save on the hour mark, but the O’s were well beaten by an Exeter team that could easily have won by more.