Home » Soccer » Fabinho exclusive interview: Liverpool midfielder on what he learnt at centre-back and how he became a leader

Rested, refreshed, and ready for a decisive run-in. “We enjoyed this time,” Fabinho tells Sky Sports, as he reflects back on an international break which has allowed Liverpool’s players “to rest, not just the body but the head as well”.

It’s been a difficult season for Liverpool so far but with a Premier League top-four finish still in reach and a Champions League quarter-final against Real Madrid to look forward to, there is still plenty to play for.

In his pre-match press conference ahead of Liverpool’s trip to Arsenal, Jurgen Klopp called on his team to give everything through this final period of the campaign, while Sky Sports pundit and former club captain Jamie Redknapp has insisted the season could still end in glory.

At the heart of Liverpool’s hopes of a strong finish – and now restored to the heart of their line-up – is Fabinho.

The 27-year-old Brazilian was described as “a real team player” by Klopp’s assistant Pep Lijnders last week, and that was epitomised by his impressive stint as a makeshift centre-back in the absence of Virgil van Dijk and Joe Gomez.

Fifteen of Fabinho’s 19 Premier League starts this season have come in that unfamiliar position and while it was not a role he initially enjoyed, his commitment to the cause helped Liverpool keep six clean sheets and concede just 12 times in those games.

Liverpool have kept just two clean sheets and conceded 24 in the 14 Premier League games they’ve played without him at centre-back.

Fabinho returned to his more familiar defensive midfield position just before the international break for wins over RB Leipzig and Wolves, adding extra bite in the centre of the park and clearly enhancing the cohesion of the side, with Nat Phillips and Ozan Kabak behind him.

His switch back to his usual role was welcomed by Liverpool supporters on social media – but Fabinho feels his time at centre-back has made him a better all-round player.

“Playing as a centre-half, I learnt a lot,” he says ahead of Liverpool’s final training session before they return to action against Arsenal.

“I learnt to enjoy playing this position because at first I didn’t really enjoy it! But then thanks to my team-mates I improved a lot and learnt some things about the position, about leadership as well because in this position you can see almost everything, so we had to try to organise the team as well.” 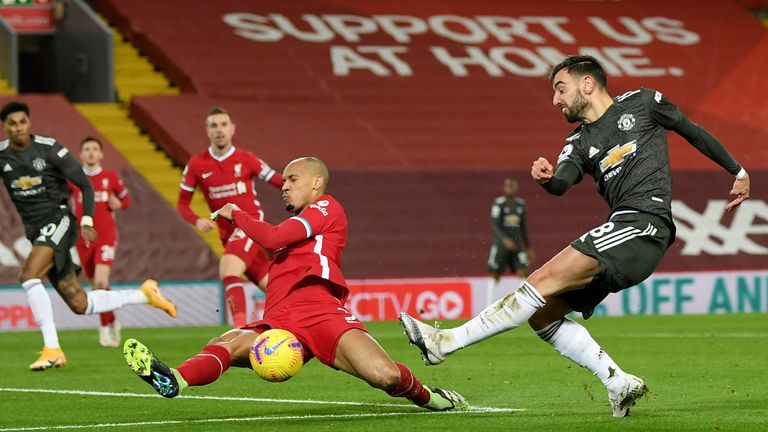 Fabinho smiled as he said it could be a role he plays later in his career – “now everyone knows I can do a good job as a centre-half, this will be a possibility!” – but right now, Liverpool need him to deliver again further up the pitch.

With his regular midfield team-mate and Liverpool captain Jordan Henderson now also sidelined with injury, Fabinho’s emergence as a leader in this team is timely.

It may not be a natural role for the modest midfielder but it is one he is growing into and beginning to embrace.

“Hendo is the most communicative player in the team – he’s always talking,” Fabinho said. “And something that impressed me, he talks with everyone every time he stops running as well!

“It’s something we really miss. Some of the players have to step up and try to be a leader as well when we don’t have this kind of player on the pitch. I try to do this. I think I improved a lot in this role as well.

“I’m not like Hendo but I think I can help in that aspect as well.”

But Fabinho’s prime contribution will come with the ball at his feet. Or rather, when the ball is at the feet of the opposition. He is a master of recovering possession for his side and disrupting the attacks of opponents.

He ranked among the top three players in the squad for tackles and interceptions last season and that destructive job is one he relishes. 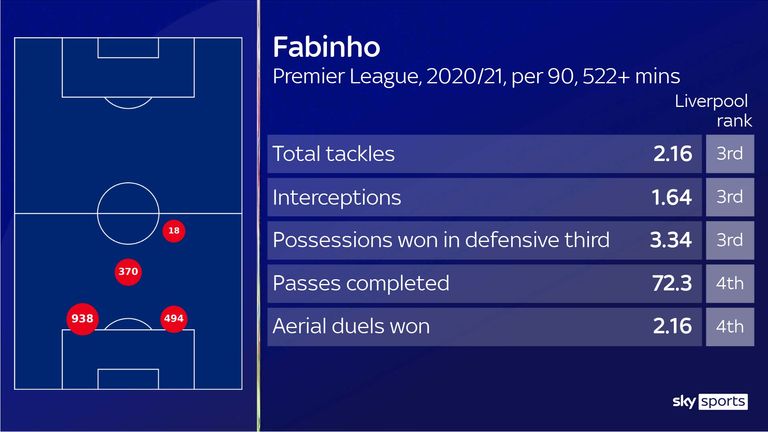 “In midfield, you touch the ball more and, in the offensive part, have a bigger importance than you can have at centre-half. But my focus first of all is always to try to protect the defence without the ball, to try to close the gaps,” he said.

“Then, when we have the ball and lose it, to try to recover it as quickly as possible.”

Those skills will be essential for Liverpool in their two tests this week, against Arsenal and then Real Madrid on Tuesday.

First up, against the Gunners, Liverpool will have to press Arsenal’s creative midfielders such as Martin Odegaard and Emile Smith Rowe, explains Fabinho.

“They have a really good team, very good players in the centre of the pitch. We have to press these players, not give them the pass they want. Because with a little space these players can be really dangerous.” 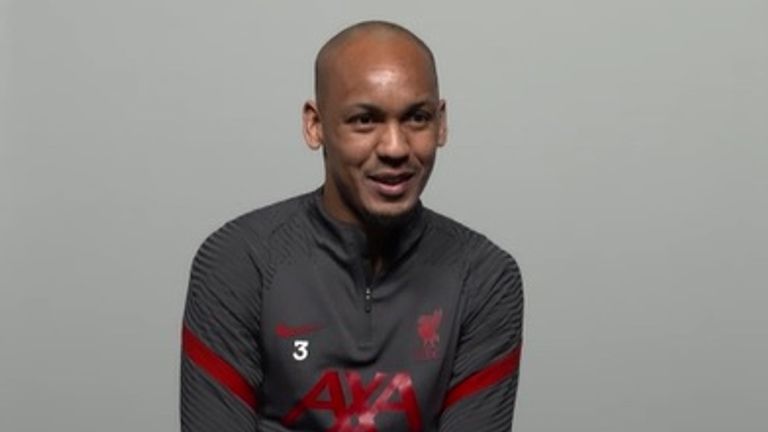 But aside from the tactical aspects, Fabinho insists belief certainly won’t be lacking as Liverpool set out to salvage their season with silverware or a top-four finish over the course of this run-in.

“Now the last part of the season starts, the most decisive part,” he said. “So we have to give everything and play each game like a final.

“It will be hard to be in the top four and to go as far as possible in the Champions League but we have to be ready for this, we have to give everything and to play our best football if we want to celebrate something at the end of the season.

“Yes of course we believe [we can make top four]. We have to be the first to believe it if we want to be there. And I think we can win this tie against Real Madrid – but we have to bring our best shape and best mood. We are Liverpool so we always try to win every competition.

“It will be really important if we start with a win against Arsenal. It will be hard because Arsenal are a good team and we play an away game. But if we want to be in the top four we need to win these types of games.”

Pitch to Post Preview: Jamie Redknapp on Arsenal v Liverpool; Plus how do Man City replace Aguero? And crunch time for Newcastle

In this week’s Pitch to Post Preview Podcast Sky Sports pundit Jamie Redknapp joins Peter Smith to look ahead to Saturday’s big clash between Arsenal and Liverpool. Could Jurgen Klopp’s side turn a frustrating season into a glorious one with a late top-four push and Champions League charge? Redknapp assesses their chances – and explains where they will have to strengthen in this summer’s transfer window.

We also hear from Sky Sports News’ Man City reporter Ben Ransom on life after Sergio Aguero at the Etihad Stadium and who Pep Guardiola and his recruitment team will target to replace the iconic Argentina ace.

Plus Sky Sports features writer Adam Bate examines Newcastle’s clash with Tottenham – two teams with lots still to play for during this run-in, and two managers who need a strong finish to the campaign.