Aston Villa starlet Louie Barry swaps shirts with Liverpool’s Fabinho after his goal-scoring debut in FA Cup defeat… but then demands it back from the Brazilian in the tunnel after a word from one of his coaches!

Louie Barry had to chase after Liverpool defender Fabinho to get his shirt back after the pair swapped shirt following the Aston Villa youngster’s goalscoring debut.

The 17-year-old striker scored a first-half equaliser in Villa’s 4-1 defeat to Jurgen Klopp’s side as the Midlands club were forced to put out a very young side with the first-team self-isolating after a Villa Park coronavirus outbreak this week.

The average age of the starting eleven was just 18 years and the side were managed by under-23s manager Mark Delaney with first-team manager Dean Smith and his entire coaching staff self-isolating too. 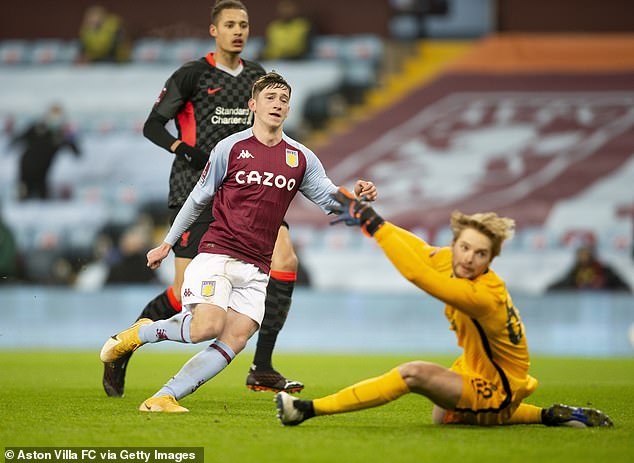 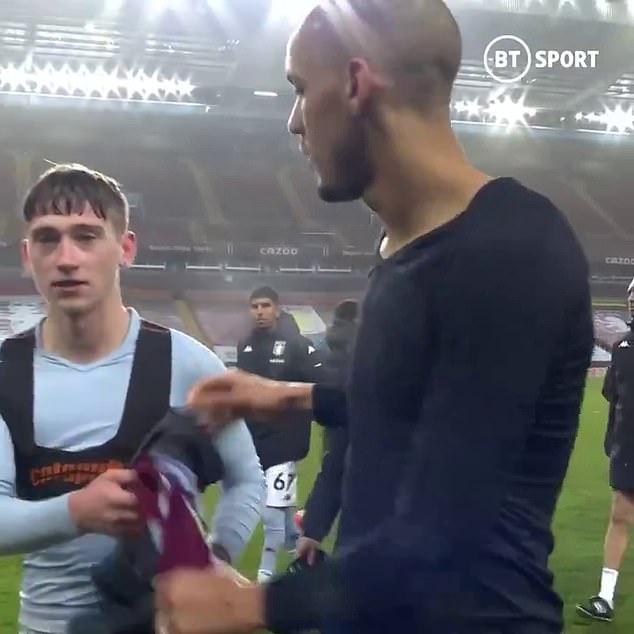 Barry curled home a one-on-one just before half-time to take the young Villa side in level at the interval, but three quick-fire second-half goals from a strong Liverpool side sealed the Reds’ progression to round four.

At the full-time whistle, the teenage striker swapped shirts with Fabinho but a youth coach then reminded him that he should keep his debut shirt.

Barry then ran down the tunnel to catch up Fabinho swap the shirts back. The Liverpool defender then made the kind gesture to hand back his own shirt, meaning the young striker had two souvenirs from his debut appearance. 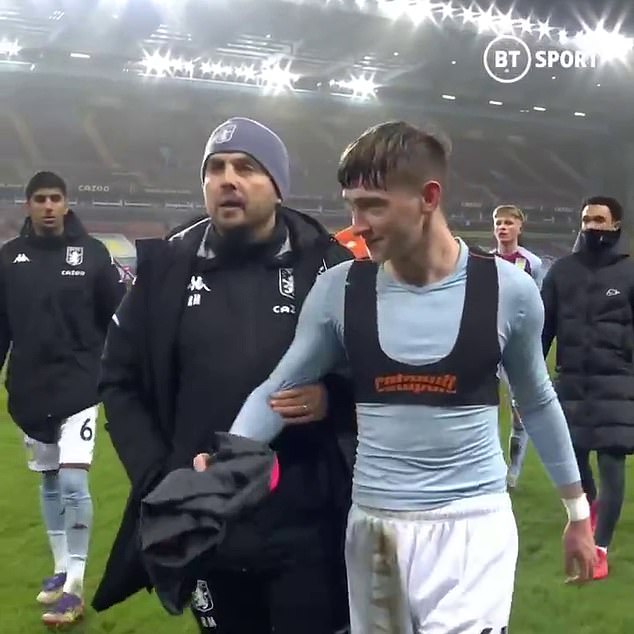 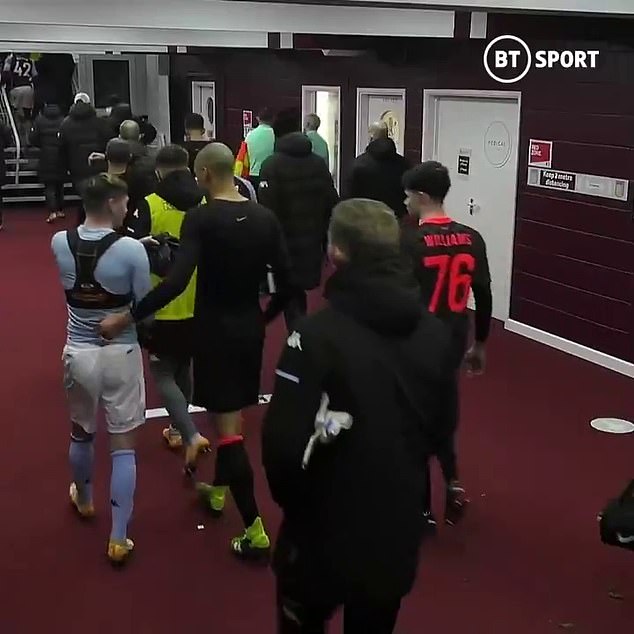 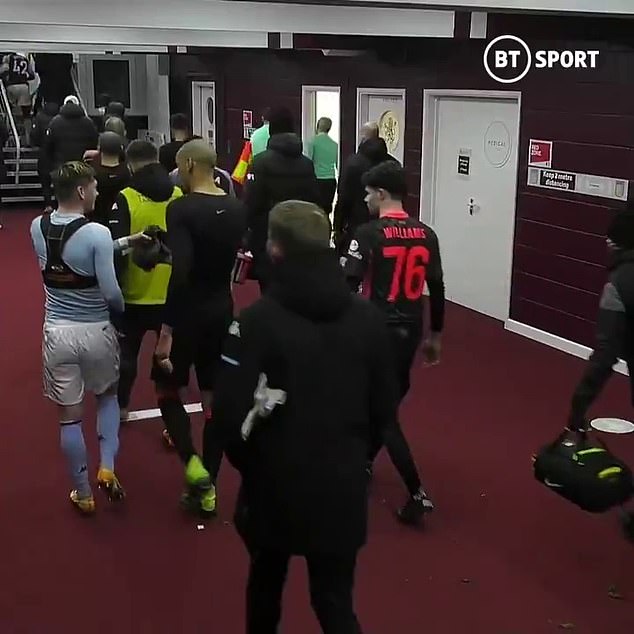 The Midlands-born youngster could not hide his pride at scoring on his first senior Villa appearance.

Barry told BT Sport: ‘It’s the proudest I’ve ever been in myself. I guess my family were screaming at the TV when I hit the back fo the net. I’ve never been so proud in my life. I was just happy to score and hopefully there’s many more.

I was working hard before and so was everyone else. When I celebrated, everything came out of me. It was relief, kind of. It was good.’ 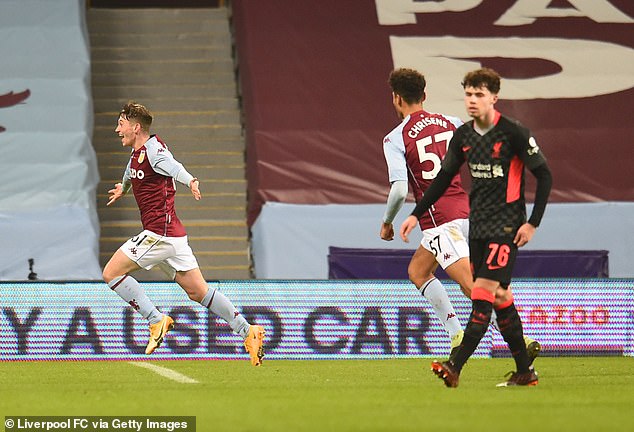 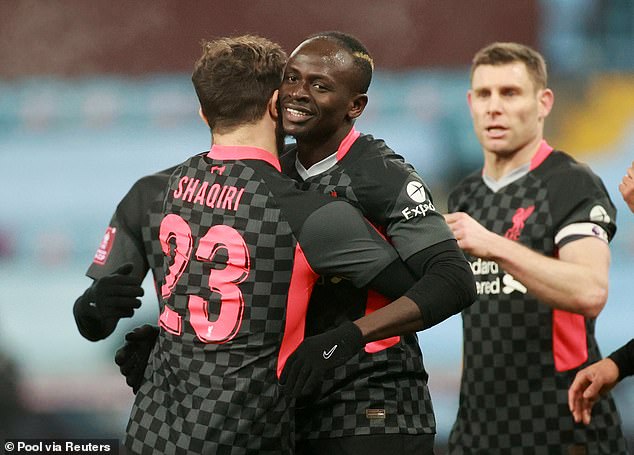 Barry’s manager Delaney revealed the young striker’s cool composure under pressure is a sign of things to come for the 17-year-old.

Speaking about Villa’s goal on Friday night, Delaney told BT: ‘We knew if Louie does get chances, he’s a goalscorer and he took it very well.

‘We see it everyday, but to do it on this stage against a quality team – it just showed real good composure and it bodes well.’