‘Give Josh Onomah the Ballon d’Or’: Fans left in disbelief at Fulham star’s wonder goal in play-off semi-final against Cardiff… with one fan boldly hailing his arrival from Tottenham as the ‘best transfer deal in history’

Josh Onomah’s moment of magic in the play-off semi-final against Cardiff sparked calls for the former Tottenham man to be recognised with a Ballon d’Or.

While the 2020 award – which crowns the best individual player in the world for the last year – has been axed, it has not stopped Fulham fans’ praise for Onomah after his solo goal sent social media crazy on Monday night.

With the game stuck at 0-0 early in the second half, Onomah picked up the ball with his back to goal on the edge of the box, turned his marker brilliantly before dancing past one, then two defenders, to slot past Alex Smithies. 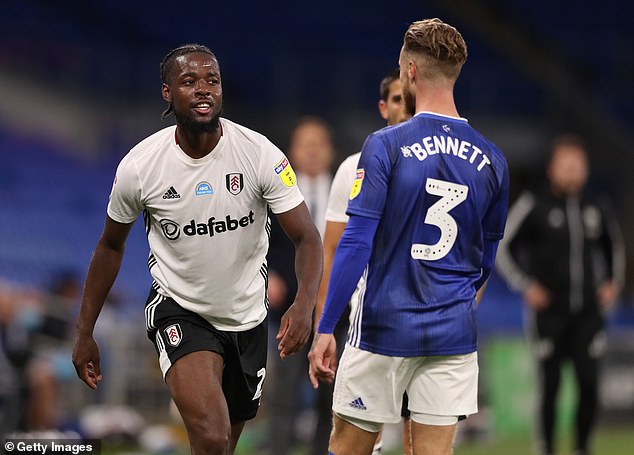 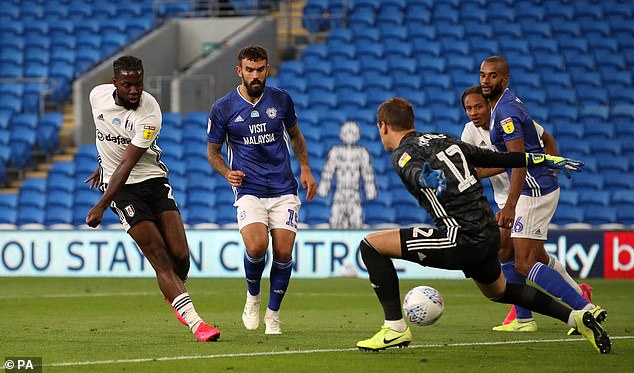 ‘GIVE JOSH ONOMAH THE BALLON D’OR,’ one supporter exclaimed after Fulham went 1-0 ahead.

Another added: ‘Josh Onomah has just walked through Cardiff’s defence like they were cones. Fantastic stuff.’

Onomah, who started in the No 10 role behind Bobby Reid in attack for Fulham sent Scott Parker’s side on their way and a late strike by Neeskens Kebano put them a step closer to the Wembley finale. 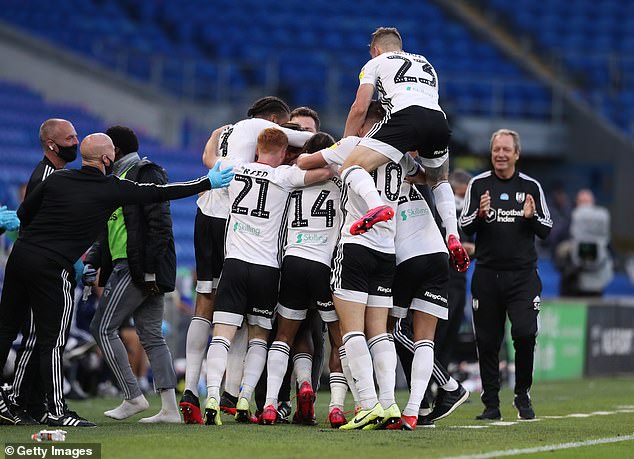 Onomah, 23, came through the academy ranks at Tottenham but was sold last year having failed to establish himself in the first team under Mauricio Pochettino.

He swapped north London for west London in a £25million swap deal involving Ryan Sessegnon going the other way and few contributions proved as important as his one in South Wales on Monday night.

‘£25m + Josh Onomah now looks like the best deal in transfer history,’ another fan wrote. ‘We see you @TonyKhan’

While Parker may not have been calling for Onomah to swat away Lionel Messi and Cristiano Ronaldo for top honours, he did pick out the former Spurs midfielder for praise in the aftermath of the win in Cardiff.

‘I’m so happy and proud of him,’ he said. ‘He could’ve folded at times but he stood up. He’ll become even better than what we’re seeing now.

As Cardiff’s defence froze, Onomah was praised for his ‘fantastic’ work in finding the target

Such was the class of the run and the finish, one fan said it ‘destroyed’ Cardiff’s self-esteem 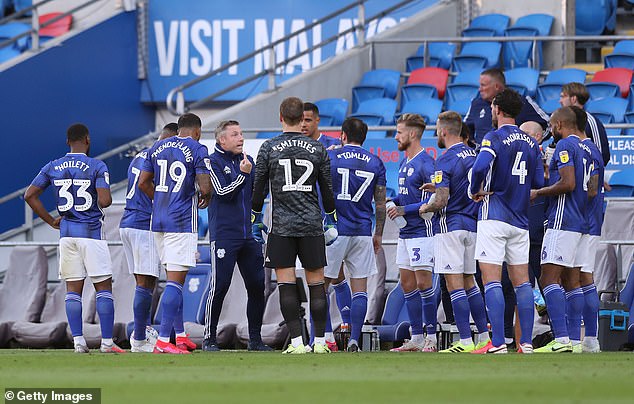 ‘For the goal these are the positions we look to get him in – from there his skills and quality come through. I’ve spoken to the players about perseverance, character, drive and attitude – Josh probably epitomises that.’

The play-offs now hang in the balance with Fulham holding a commanding lead heading back to Craven Cottage for the second-leg on Thursday.

In the other game, Fulham’s west London rivals Brentford have work to do as they find themselves 1-0 down after the first-leg against Swansea.