Fede Valverde’s wife showed just how committed the Real Madrid midfielder is as he played through the pain barrier to help reach the last four of the Champions League.

The Uruguayan midfielder was part of a strong defensive effort at Anfield as Zinedine Zidane’s side stood firm to book a semi-final match-up with Chelsea.

Valverde’s wife Mina Bonino took to social media to praise her other half and give fans an insight into how banged up he was going over to England. 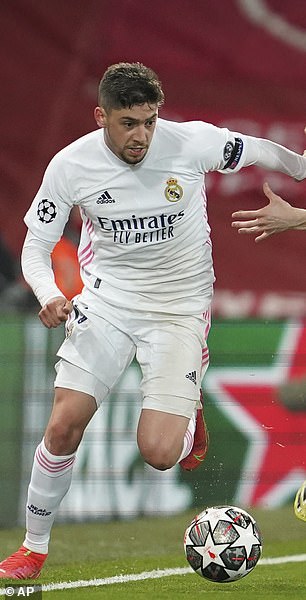 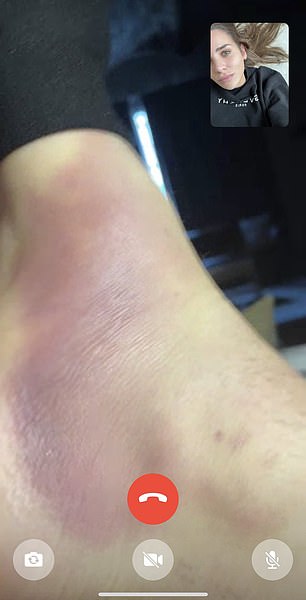 In a screenshot of a FaceTime call between them, an image showed Valverde’s foot badly bruised in the hours before the quarter-final second leg.

‘This was this afternoon,’ Bonino wrote alongside the image.

‘I didn’t want to post anything until the game was over and I’m sure you’re not going to be happy with me for publishing it, but I must do it all the same because it’s your effort and nobody gifted you anything. 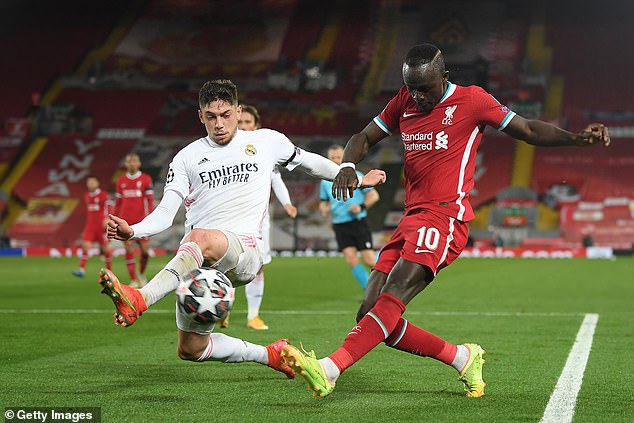 ‘Day by day to work harder, and today you’ve achieved more than ever. You’re our pride.’

Valverde had picked up his injury in training but refused to rule himself out of the game with Zidane already counting a large number of injuries, particularly defensively.

Sergio Ramos, Raphael Varane and Dani Carvajal were all absent from the back-line and Valverde, a central midfielder by trade, was forced to slot in at right back with Lucas Vasquez, who played in the first leg, also missing.

Valverde was able to get through 90 minutes despite his foot problem and he did well to keep Liverpool’s fierce attack of Sadio Mane, Mohamed Salah and Roberto Firmino from scoring. 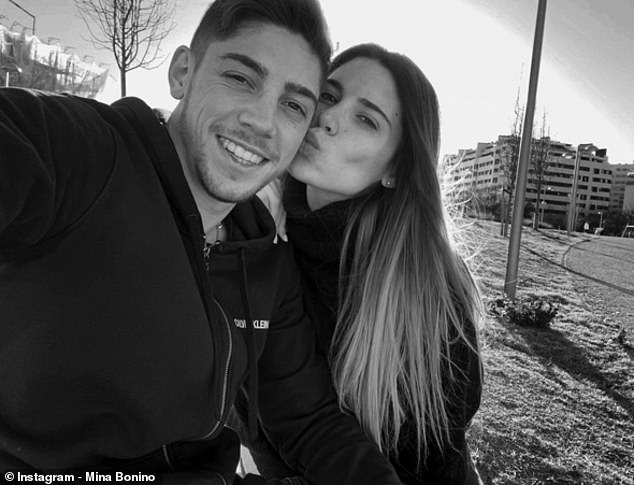 Bonino (right), a sports journalist, was keen to show what her husband (left) played through