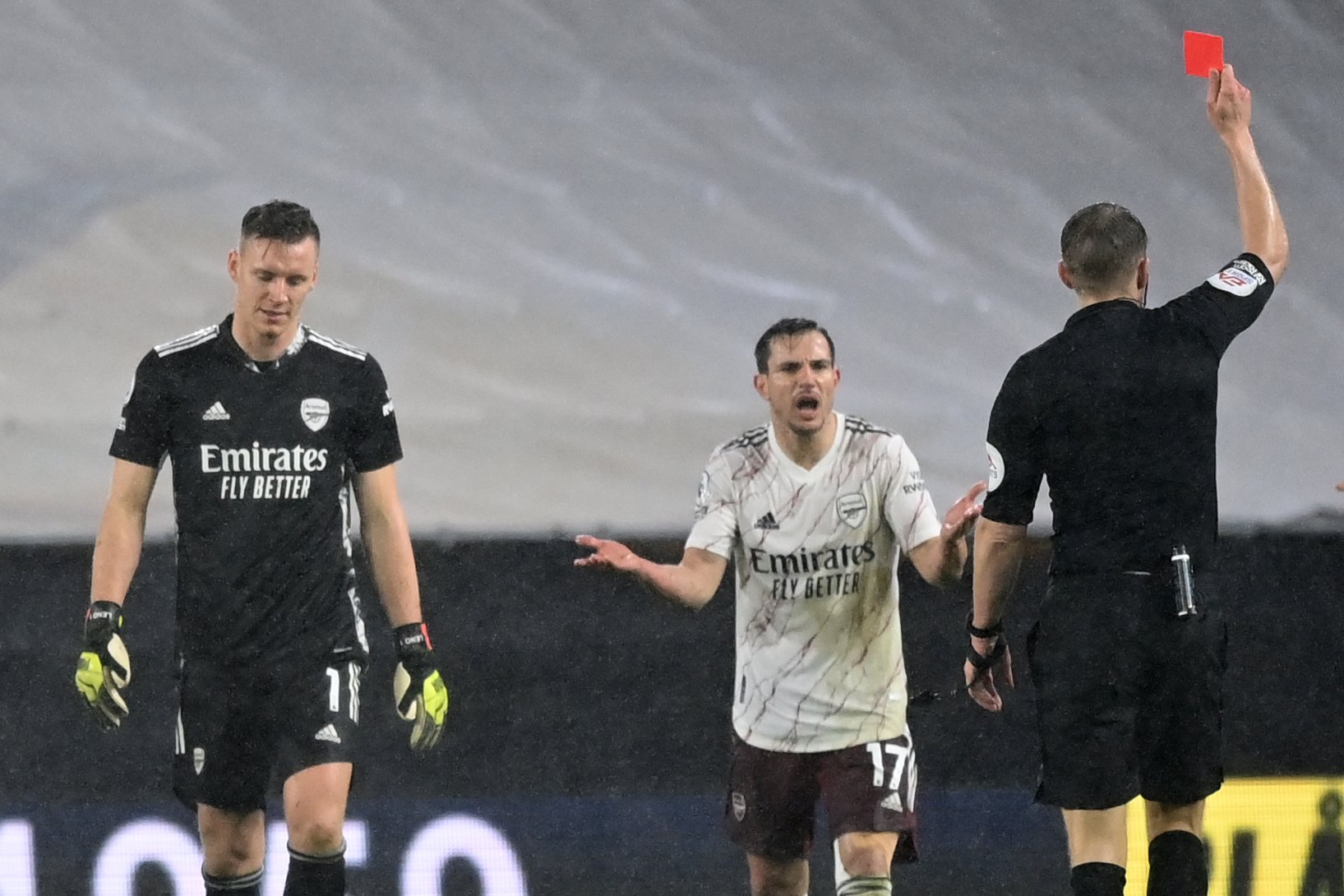 Manchester United legend Rio Ferdinand said there were ‘zero excuses’ for Bernd Leno after the goalkeeper got himself sent off with a moment of madness in Arsenal’s 2-1 defeat to Wolves.

Arsenal were well on top in the opening stages and took the lead through Nicolas Pepe but David Luiz was sent off for bringing down Willian Jose right on the stroke of half-time and Ruben Neves made no mistake with the resulting penalty.

A stunning long-range strike from Joao Moutinho put Wolves in front shortly after half-time and referee Craig Pawson was left with little option in the 72nd minute as Leno charged out and handled the ball outside of his area.

The Gunners, meanwhile, missed out on their chance to climb the Premier League table will have to lick their wounds ahead of their trip to Aston Villa next weekend.

Discussing Luiz’s red card, ex-England defender Ferdinand told BT Sport: ‘We’re still quite confused about it but what we’ve learned is you’re better off just smashing the striker and you’ll probably get a booking.

‘But Leno, there are zero excuses for him.

‘He’s misjudged the bounce of the ball and from there, it’s just comedy.’

Former Tottenham and England star Glenn Hoddle said Arsenal should have wrapped up the win in the first half and felt Leno should have just cleared his lines by any means necessary.

‘He was in two minds, of some sort,’ Hoddle said.

‘What was going through his mind I don’t think anyone will know but he’s just got to play safe!

‘He’s the last man, always is as the goalkeeper, so just play it safe. Head it out, knock it out with your chest, do something.

‘He’s got caught in two minds and it was disastrous for Arsenal because they should have wrapped the game up in the first half an hour.’