Rio Ferdinand has described Liverpool’s current form as a ‘calamity’ that highlights the lack of confidence within the Premier League champions’ ranks at the moment.

Liverpool threw away a one-goal lead against an impressive Leicester side by giving away a trio of poor goals that saw them run out 3-1 losers and sink to fourth in the Premier League table.

The Reds have now suffered their fourth defeat in six Premier League games, with Manchester United now five points away in third, and Leicester six ahead in second. Liverpool have won just two of their last 10 league games. 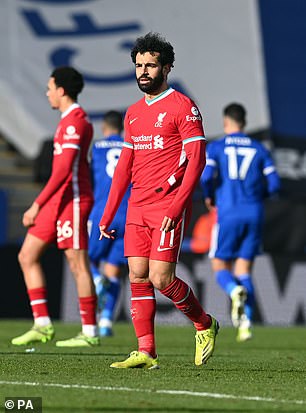 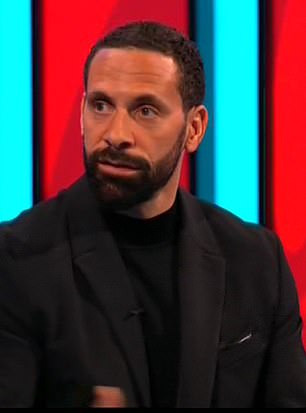 ‘(It’s a) calamity,’ Ferdinand said on BT Sport after the game.

‘Confidence has been taken out of this team. They go one goal up and last season you’d say game over. If you go away from the TV, you’ll probably come back and it’s three.

‘But now you’re questioning it. You’re not confident in them now. There isn’t that authority anymore. Last season people were saying “this is one of the greatest teams to play in the Premier League”.

‘They’ve got (RB) Leipzig coming up in the Champions League (on Tuesday) and they’ll want to stay in that competition and show what they can do. The changing-room has to stick together.’ 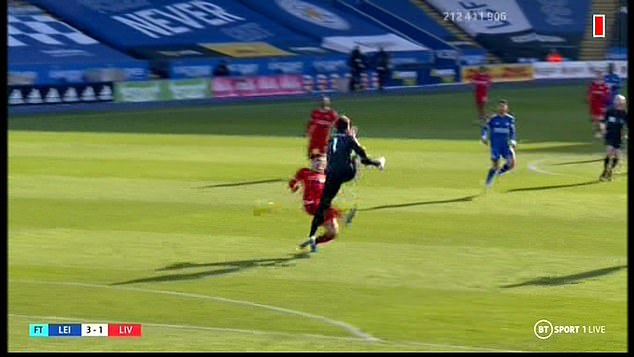 Fellow pundit Robbie Savage focused on Liverpool’s shocking capitulation, which saw them go from one goal ahead to 3-1 behind in just seven minutes.

‘Liverpool are under massive pressure now to get into the top four,’ he said. ‘Since the turn of the year, they’d be in the bottom six. Shocking defending.’

Ferdinand added that Liverpool’s current tendency to buckle once they concede is a significant problem for their Champions League ambitions. 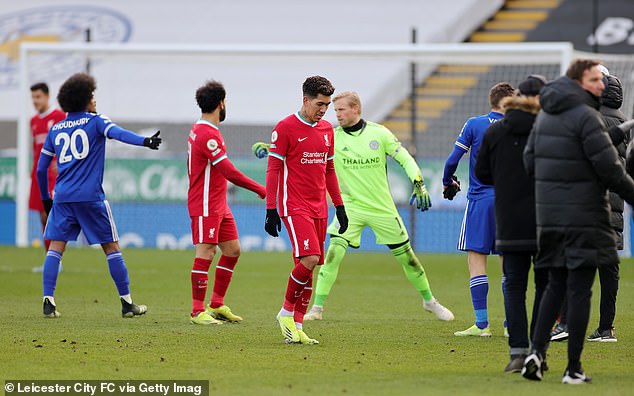 ‘The fact they concede and the team capitulates, that for me is a big concern,’ he said.

‘When that goal went in they became a soft touch.These are little details that cost you points. They’ve got big long-term injuries. They don’t look as potent as a group.

‘ I think they will struggle to finish (in the) top four.’