‘I didn’t play well but I KNEW I’d score’: Rio Ferdinand reveals what Cristiano Ronaldo texted him after netting a dramatic late winner for Manchester United… as pundit insists ‘that’s the belief he has and other players are feeding off it’

Rio Ferdinand has revealed Cristiano Ronaldo texted him insisting he knew he would score against Villarreal after netting a last-gasp winner for Manchester United.

Ole Gunnar Solskjaer’s men went behind when Paco Alcacer stabbed home Arnaut Danjuma’s cross in the second half, after a first 45 minutes in which the Spanish side were wasteful in front of goal.

Alex Telles equalised for the hosts – his first for the club – with a superb volley from Bruno Fernandes’ free-kick, but the Red Devils were still staring at the prospect of beginning their Champions League campaign with just one point in two games as they entered added time. 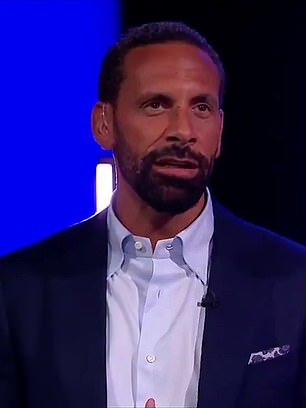 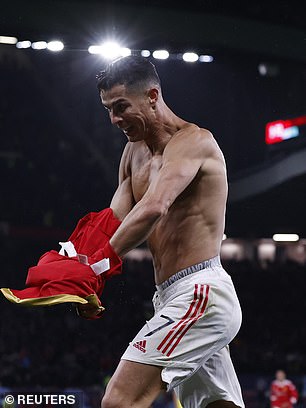 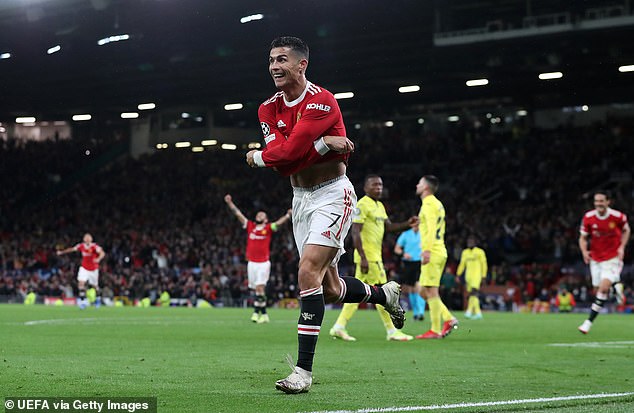 But on the night he made a record 178th appearance in the competition, Ronaldo would once more be United’s hero after netting in the fifth minute of stoppage time from a tight angle to get their Group F campaign back on track.

It was the 36-year-old’s 12th career Champions League goal in the 90th minute or later – double closest rival Lionel Messi’s tally of six – while no player has scored more than the three 90th minute winning goals he has netted in the history of the competition.

And speaking to BT Sport after the game, former United centre-back Rio Ferdinand has revealed what Ronaldo messaged him after the game, as well as hailing the calming and inspirational impact he has on his team-mates. 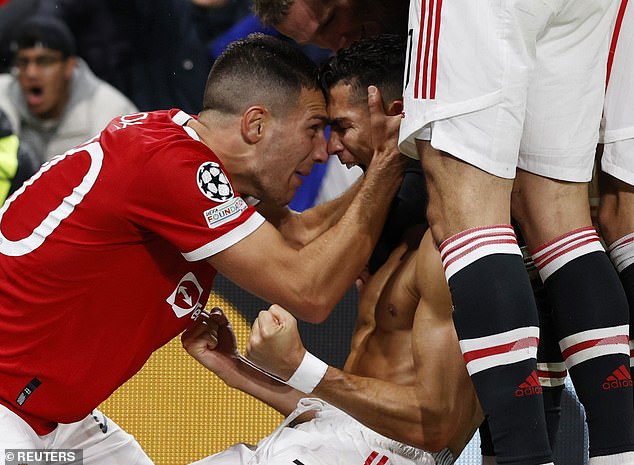 Ferdinand praised Ronaldo’s impact at the club, insists other players are feeding off his belief

‘That’s the belief that he has. The other players are feeding off it. It’s a great place to be.’

‘United’s performance today wasn’t great, it wasn’t at the level Ole wants it to be. But when you need a goal, a moment to galvanise the squad, the stadium, the fanbase, Cristiano Ronaldo steps up.

‘He wants to be that guy the chance falls to. His goal record says it all. He’s there for the big moments. He’s a big part of that too.

‘When you have a player like Cristiano Ronaldo, the players in the dressing room are given life. There’s a lease of life, belief, because they know if the chance comes, he will put them away. 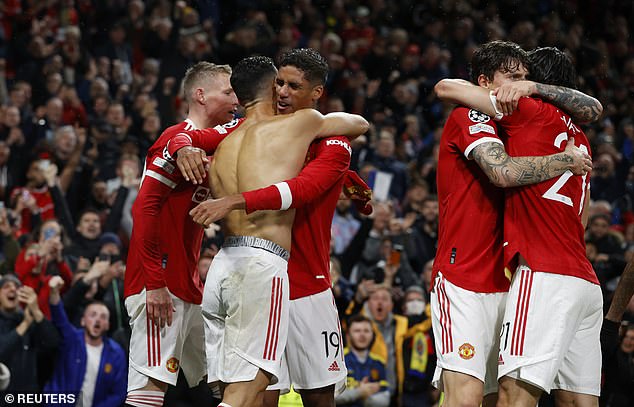 ‘It gives you that ability to be relaxed. It was the biggest thing in our team. When you get under even more pressure and you can see the clock ticking, you don’t panic. We were very composed because we believed the chances would come.’

A beaming Solskjaer also hailed Ronaldo for his heroics at Old Trafford, comparing it to the dramatic way in which he turned a World Cup qualifier in Portugal’s favour against the Republic of Ireland at the start of the month.

‘When you have Cristiano on the pitch you always have a chance,’ Solskjaer said.

‘He is so good in front of goal and has an impact on everyone – the crowd, the players the whole club. 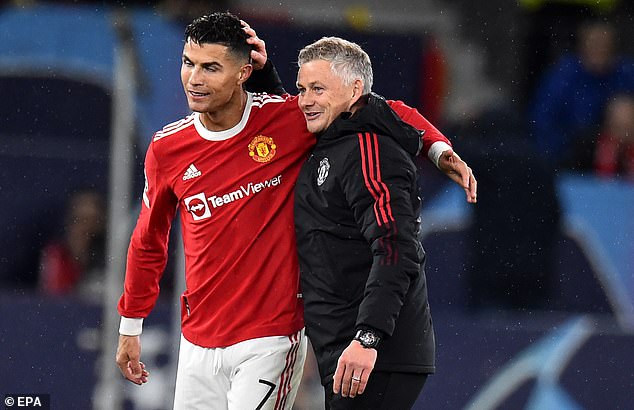 ‘He’s done that so many times. When you saw him (for Portugal) against Ireland a month ago, he missed a penalty early and didn’t touch the ball more or less, but scored two great headers in the last few minutes.

‘That’s what he’s done throughout his career. He stays in the game. I’ve seen him all day, the way he’s built up for this game and when he gets that one chance it’s a goal.

‘He had a couple of half chances but a true mark of a great finisher that he keeps calm when the chance arrives.’