With the clock ticking beyond 69 minutes at the Groupama Arena, Ange Posteocoglou turned towards his bench.

Up went the fourth official’s board and off came his entire front three. They had done their job. And how.

Kyogo Furuhashi, Jota and Liel Abada each had a goal to their name. Abada assisted for Furuhashi before the Japanese striker returned the favour. The quality of the finishing and build-up play had been exceptional. 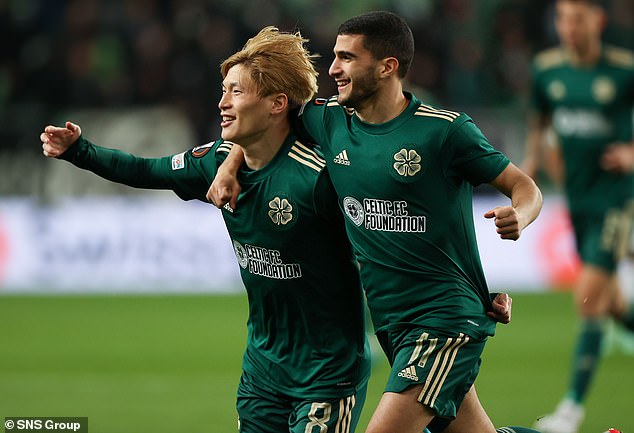 Three bursts of brilliance in Budapest ultimately ensured Celtic will extend their involvement in European football beyond Christmas.

As is often the case with Postecoglou’s side, the win didn’t come too simply in the end. Nerves were a little frayed by the fourth minute of added time. Make no mistake, though, this was a richly deserved success.

Sitting six points clear of Ferencvaros, Celtic will not finish lower than third in Group G. That position comes with a Conference League play-off next February.

But there is hope of more. Now just a point behind second-placed Real Betis, they have given themselves a fighting chance of continuing involvement in their current competition. That’s pretty much all that could have been asked after losing their first two games in this section.

A visit to Bayer Leverkusen in three weeks’ time will clearly be far more daunting than this assignment. Ferencvaros have now lost their last seven European matches, the worst run in their history.

Regardless, Celtic produced thrilling attacking play to seal the deal. The little smattering of their fans who had somehow gained entry despite a away lock-out hailed Postecoglou and his players after the final whistle. 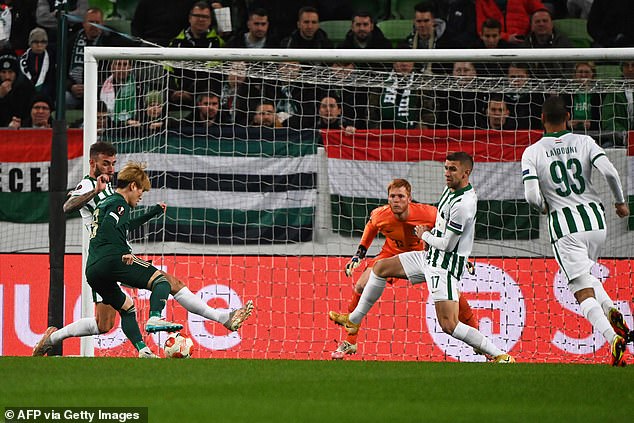 Ferencvaros were briefly level through a deflected cross from Oleksandr Zubkov that cancelled out Furuhashi’s ice-cool opener. Jota thumped Celtic back in front before Abada made it 3-1 to crown a brilliant second-half move.

Bringing on Mikey Johnston, Giorgios Giakoumakis and James Forrest disrupted the attacking flow. Injuries to Nir Bitton and Stephen Welsh as the minutes ticked down also took a toll.

When Myrto Uzuni gave Ferencvaros a lifeline on 86 minutes, you wondered whether Celtic might cave. They didn’t.

An enthralling evening started in odd fashion. Anthony Ralston had cut holes in his socks at the calves, presumably with the idea of relieving pressure, but Portuguese referee Fabio Verissimo was having none of it. Ralston was sent to put on an undamaged pair.

He returned to join the Celtic players and match officials in taking the knee. The Ferencvaros fans gathered behind Joe Hart’s goal greeted the gesture with loud booing. As witnessed on England’s visit to Budapest in September, the anti-racism message is often treated with depressing disdain in this city’s football grounds. 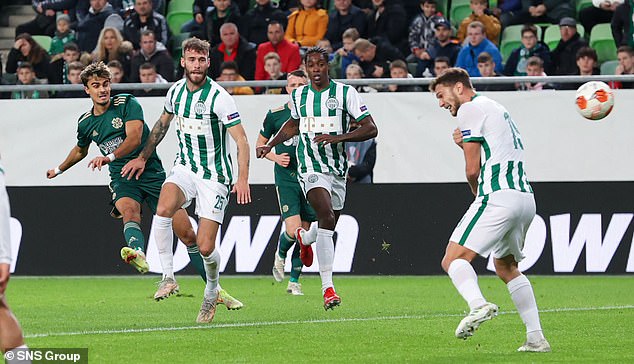 A little banner indicating opposition to any ‘left turn’ was then raised in that section of the stadium. It was somewhat ironic that those fans were then briefly silenced by a goal fashioned on Celtic’s right wing.

Abada capitalised on a dreadful touch from Ferencvaros left-back Eldar Civic to drive forward before sliding the ball infield for Furuhashi. He shimmied to chop the ball back onto his left foot, eluding the home centre-backs in the process, before coolly rolling a low shot into the corner of the net.

His composure was exceptional. The third-minute lead it granted Celtic actually wasn’t. Remarkably, this was the 11th successive away European game in which the Parkhead side gone in front. They had only three of the previous ten, though. Building stronger upon the foundation was essential this time.

The initial signs weren’t promising. Ferencvaros responded vigorously. Celtic were guilty of overplaying in defence before the home side took over and shifted the ball their right flank. Zubkov tried to deliver a cross, but it took a wicked deflection off Josip Juranovic, looping over Joe Hart and dropping into the net at his far post.

Postecoglou’s side wobbled for a bit after that misfortune. Tokmac Nguen found the over-lapping Civic for a low shot saved by Hart. But what a spectacular sucker punch Celtic then delivered.

They flew upfield, with David Turnbull finding Jota on the left. He drifted infield before unleashing an excellent 20-yard strike that clipped Adam Bodgan’s near post on its way beyond the shellshocked former Hibs goalkeeper.

The Portuguese winger has swiftly built an impressive portfolio of contributions since joining on loan from Benfica. This was one to sit beside that sublime long-range assist for Furuhashi in last month’s meeting between these clubs. 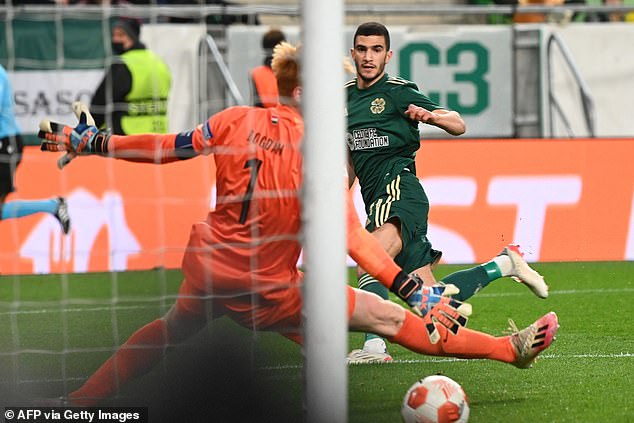 For the remainder of the first half, Celtic had more control. It wasn’t flawless as Ferencvaros still had their moments, most notably when Uzuni drew a save from Hart, but the visitors were the better side.

Turnbull fired one over the bar from a decent position before turning supplier with a delivery that saw Cameron Carter-Vickers and Abada get in each other’s way. The midfielder then saw a strike held by Bogdan.

Postecoglou hoped to see that dominance extend straight into the second half. You felt another Celtic goal would finish the hosts given the disappointments they have endured in Europe this season.

There was a brief disruption to the plan. Ferencvaros were very nearly level three minutes after the restart. A lovely interchange led to Tokmac Nguen letting fly with vicious, dipping drive. Hart didn’t move. The sound of the bar shuddering above his head was the first he knew of the outcome.

The Parkhead men would soon have their own interaction with the goal-frame, though. Turnbull picked out Ralston with a pinpoint free-kick and he headed against the bar.

Again, Celtic were growing in authority. They had more options on the ball. More territory. More possession. More chances. They just needed one to go in.

Turnbull sent Furuhashi scampering through with a delightful ball over the top. Bogdan raced out to dive at his feet but was beaten by a dink. The Japanese striker was poised to celebrate again until Miha Blazic got back to make a terrific goal-line clearance.

His efforts only delayed the inevitable. With an hour gone, Celtic had the goal they needed. And what an outstanding bit of football it was.

Turnbull won the the ball in midfield to begin a slick chain reaction. Callum McGregor took over to drive his way beyond a couple of challengers, protecting the ball before feeding Furuhashi.

His pass inside Civic was perfectly weighted for Abada. The Israeli took one look at his target and sent the crispest of finishes across Bogdan and into the far corner of the net.

Postecoglou’s wholesale rejig of his front line came at a cost to Celtic’s fluency. So, too, did an injury to Bitton that brought James McCarthy into action. A fifth and final substitution was necessary when Welsh hobbled out to be replaced by Liam Scales.

The tension was cranked up when Johnston lost possession and Uzuni whipped a superb finish into the net, but Celtic got over the line without further drama.