Bruno Fernandes has revealed that Cristiano Ronaldo was his favourite player growing up and that his Portugal team-mate’s attitude now inspires him to get better.

Fernandes, who is a key part of Portugal’s Euro 2020 squad having come off another excellent season for Manchester United, said he keenly watched former Red Devil Ronaldo as a young boy.

Ronaldo’s tears after Portugal’s defeat in the Euro 2004 final to Greece has stuck with Fernandes, who said that was the point at which he focused on the United legend. 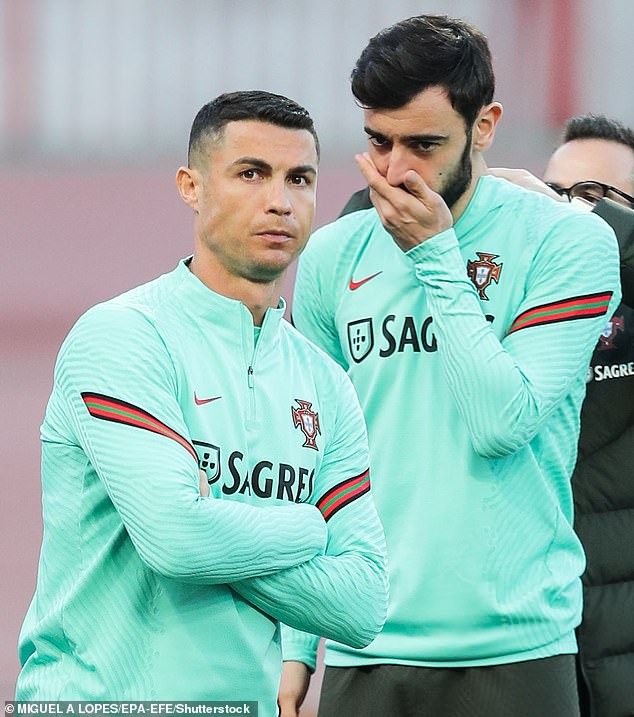 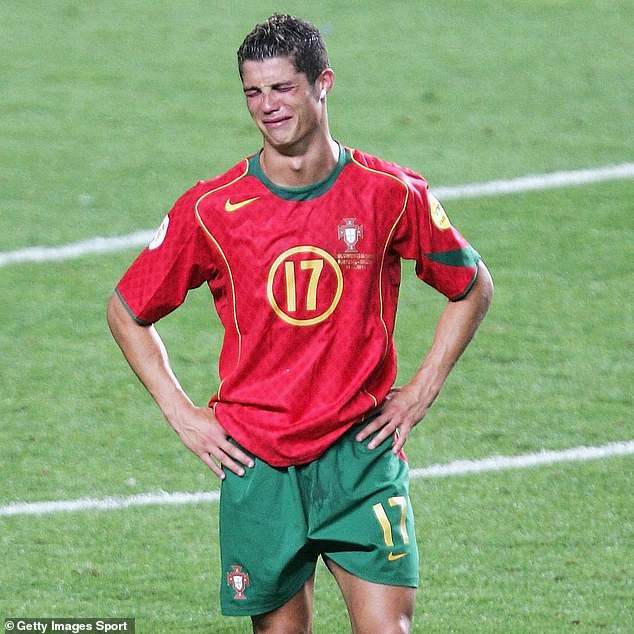 A teenage Ronaldo crying after defeat in the Euro 2004 final, a moment Fernandes remembers

‘I think it was a little bit of everything. When Cristiano began to take his first steps in the national team, it was in the Euros in our home country (Euro 2004), so I was nine years old.

‘That year stays with everyone because we lost the final in Portugal, we saw him crying after the final, he was a young boy who was starting to shine and from there I started to watch him.’

While both are attacking midfielders, with Ronaldo growing into something of an all-areas forward and one of the greatest footballers of all time, Fernandes said it wasn’t the similarity in positioning that caught his eye, but Ronaldo’s attitude.

‘It was the way he worked every day, the mentality he had, the capacity he had to give 100 per cent in every game at a high level, for me it was like a motivation, like you always have to do better,’ he said. 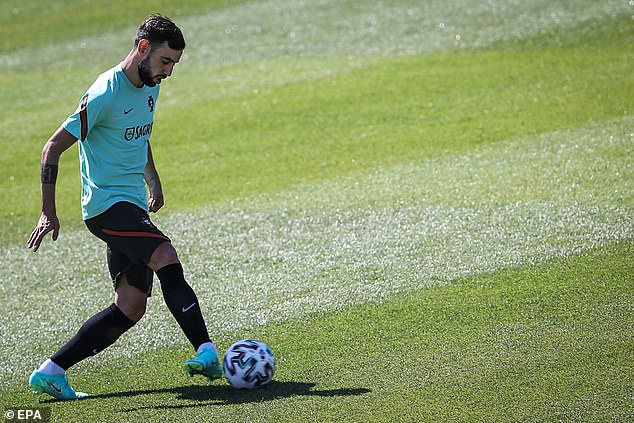 ‘He was scoring goals every game, but game after game he was still trying to improve, get better.’

Fernandes said Ronaldo’s example has helped his own development in terms of mentality and drive.

‘Okay, you will have bad games for sure, everyone has – Cristiano has had bad games, 100 per cent – but the point is, coming back from a bad game.

‘Coming back with the mentality that is, “okay I didn’t play well in that last game and I really need to do well in this one”. The mentality to do better day after day is really important for me. I’m improving a lot because of this, and that was my biggest motivation.’ 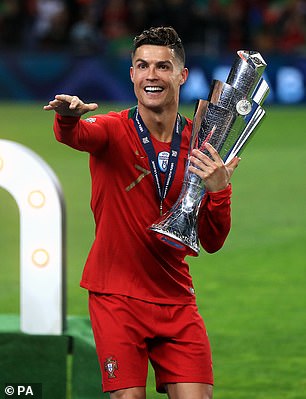 Asked about which matches have inspired him the most, Fernandes settled on perhaps the most obvious answer ahead of Euro 2020.

‘For me, as a Portuguese, the final of the 2016 Euros is an inspiration for every kid. At that moment, I was not a kid anymore but the inspiration (was) for every Portuguese player, for example, because we’d never won anything in the national team.

‘We arrived at that moment against every chance to win that Euros so, as a Portuguese, I’m really proud of that and it’s one of the games I remember more.’

Looking ahead to the upcoming tournament, Fernandes was confident that, despite being underdogs in the so-called ‘group of death’ with France, Germany and Hungary, Portugal could get through to the knock-out stages.

‘I think we have a tough group,’ he said.

‘But at the same time, we know Portuguese people like that the biggest moments are for us because, as a small country, we like to beat the biggest countries we have to beat.’