Home » Soccer » Ferran Torres: Who is the Valencia winger being pursued by Man City?

Ferran Torres models his game on Marco Asensio, is an old-fashioned winger and at 20 has his best years ahead of him… Manchester City are leading the race, but who is the Spaniard putting LaLiga on alert?

Despite Manchester City boasting an array of attacking talents, it appears they are pursuing Ferran Torres as their first signing of the summer transfer window.

The 20-year-old Spain international is widely viewed as one of the best young players in Spain right now outside of Real Madrid and Barcelona and interest in acquiring him has been far and wide.

But what would he bring to Manchester City? Why are they so keen to land him? And what has he said about his future? Sportsmail looks at all that and more… 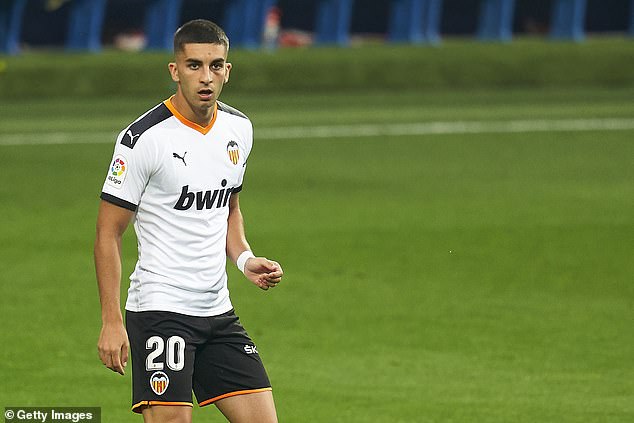 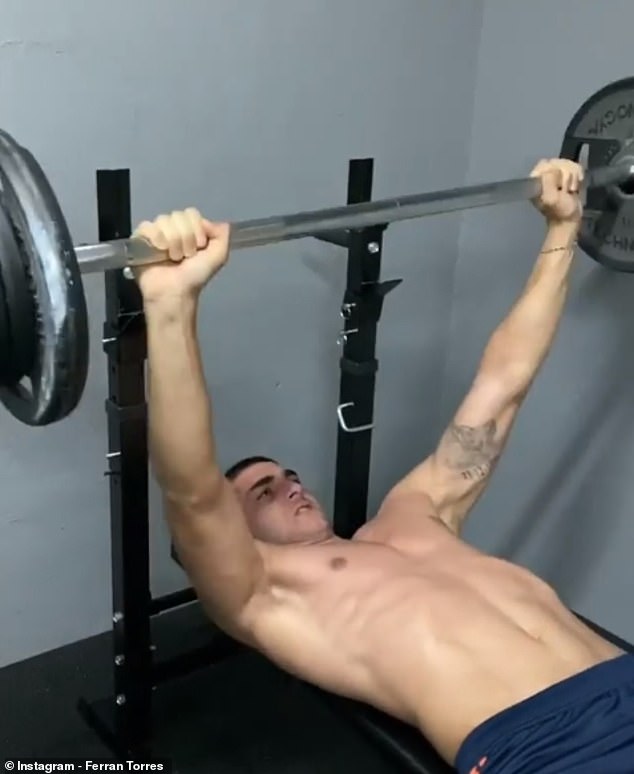 Born in the area of Foios, a small municipality in Valencia, Torres has been part of the furniture at the Mestalla since the age of six.

He arrived for a trial with his father and having passed the series of tests with some ease, Torres was soon thriving through the age groups, accelerating into the first team.

Typically Torres has been a player finding himself ahead of the curve. He played futsal at school before signing for Valencia and has not looked back since.

He made his first team debut for the club back in November 2017, against Real Zaragoza in the Copa del Rey.

The expectation and excitement increased tenfold when he later became the first player born in the 2000s to play in LaLiga, in a 2-1 loss to Eibar as a 17-year-old. 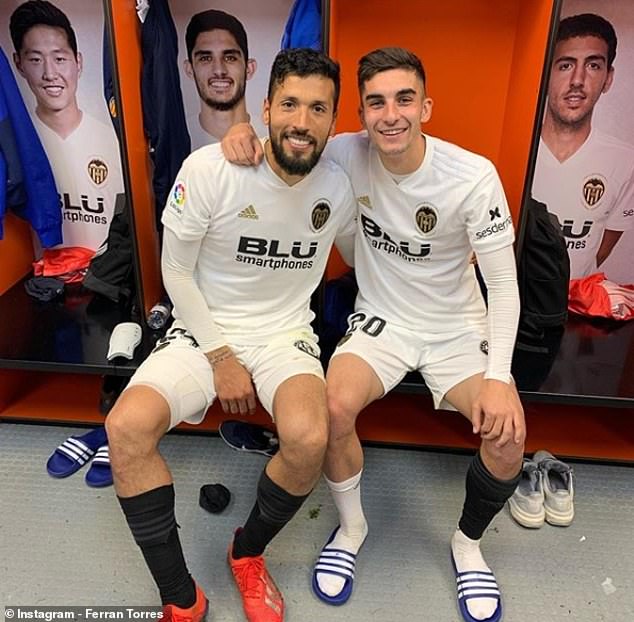 How does he play?

When he was leaving coaches purring with excitement at the Mestalla there were comparisons drawn to a number of players.

But for Torres, his game models someone at a similar age he has an immense amount of respect for: Marco Asensio.

Much like the Real Madrid talent, Torres has proven to be a real gem in wide areas, with Torres menacing from the right to give pace and power out wide for a side suffering a crisis of confidence.

He is easily one of the best attacking players the club has produced in recent years and has got a starting spot on lock, despite the changes in management in a season to forget.

With Leroy Sane now out the door of Manchester City and through the door at Bayern Munich, Torres has the speed, athleticism and ceiling of potential that would appeal greatly to a coach like Pep Guardiola. 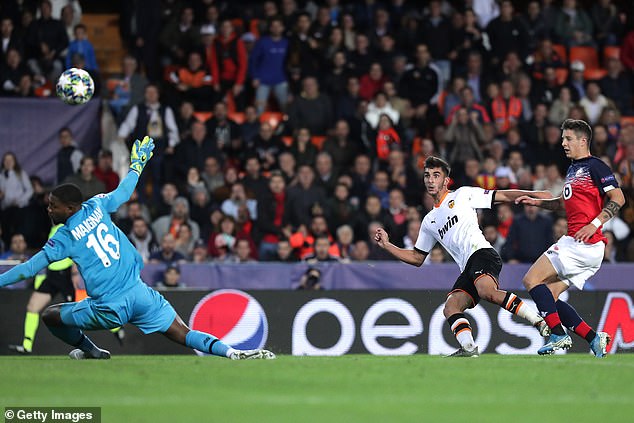 His close control at speed is something to marvel at and is part of the reason he can be so damaging to opposition full-backs.

He is incredibly direct and that is appealing, especially when the modern trend has been to see a reliance on inverted wingers, such as a left-footed Riyad Mahrez being deployed down the right.

But not Torres. He is a right-footed right winger who likes to stay wide, opening up central areas for midfielders and strikers to exploit.

Go tight to him and he can run in behind, give him too much time and space and it’s a one-way ticket to a goal or assist. While his return of six goals and eight assists suggests this diamond is still, in part, at 20, standing out in LaLiga is very promising indeed. 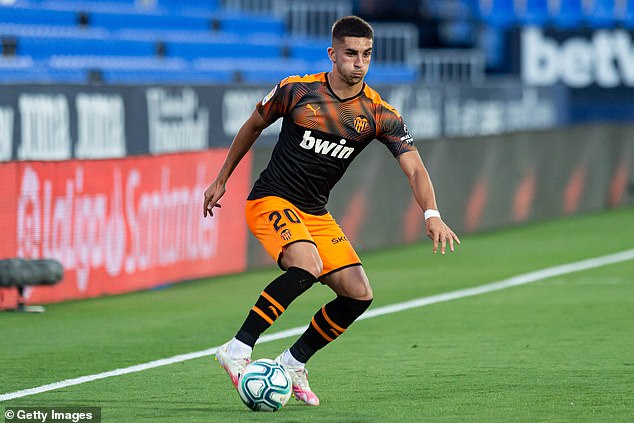 While his goals and assists total leave room for improvement, he is shining in a poor squad

Manchester City and Guardiola are in prime position, with negotiations ongoing to thrash out a deal.

Liverpool were credited with interest earlier in the year but the space vacated by Sane – and the fact Liverpool have Sadio Mane and Mohamed Salah as guaranteed starters in their 4-3-3 system – has seen City assume control of the race for Torres.

Juventus, Barcelona and Real Madrid were also mooted to be monitoring his situation with Valencia in desperate need of sales to ease financial burden of missing out on the Europa League.

As Sportsmail reported, Torres wants to join City and is hopeful an agreement on his fee is close.

While it is not done yet, the lure of Guardiola is likely to prove decisive as the club chase their first signing of the window. 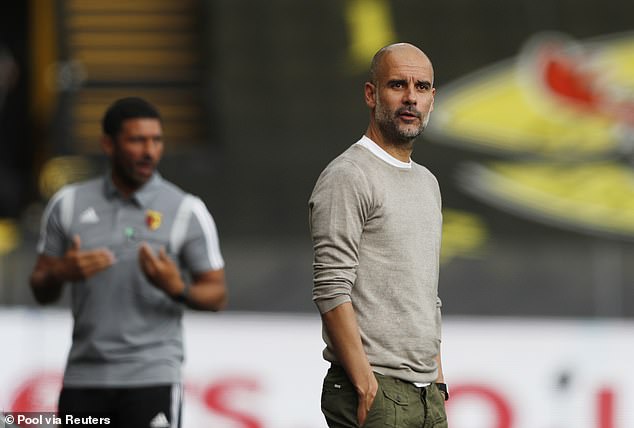 What has been said about him?

Speaking to El Pais back in 2017, Valencia chief Jose Gimenez said: ‘He is complete, he dominates many facets of the game.

‘He is powerful, fast and co-ordinated in the race with the ball at his feet and he has resistance and momentum in the jump. He has a change of pace. It is unpredictable.’

In fairness to Torres, he has tried to press the brake pedal when quizzed on his future in the knowledge that he owes everything to Valencia in his career to date.

‘For young people, LaLiga is the best league there is,’ Torres told Spanish media outlet Club del Deportista back in June.

‘It is helping me a lot and I am learning all the time. Things are going well for me even though the team is on a bad streak, although we think we are going to turn it around.’

But since then Valencia stumbled, finishing ninth in the final LaLiga standings and with a view to not stunting his progression, as well as the chance to work with Guardiola, he may look back on those June comments and dial them down a bit. 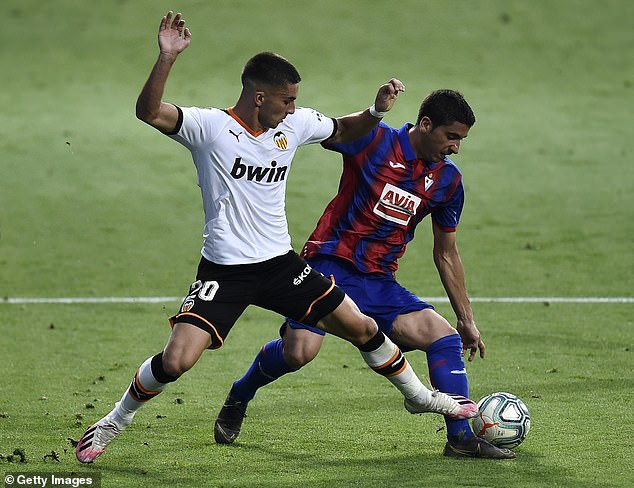 While remaining coy on his future back in June, Sportsmail understands he is keen to join City