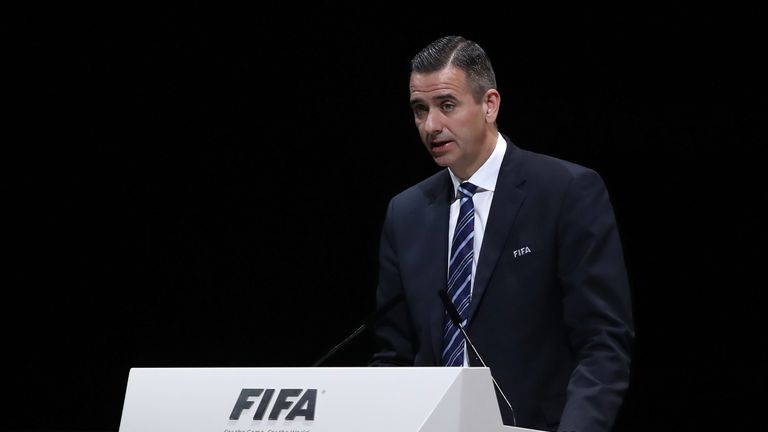 Former FIFA deputy general secretary Markus Kattner has been banned from all football-related activity for 10 years for abuse of position.

FIFA said its ethics committee judges found Kattner guilty of conflicts of interest and abuse of position, including obtaining a recording of a FIFA Council meeting.

When he was fired by FIFA’s new management in 2016, it was revealed that Blatter, former secretary general Jerome Valcke and Kattner himself were contracted to get World Cup bonuses, loyalty bonuses and future golden handshakes totalling tens of millions of dollars.

Lawyers for FIFA four years ago described a coordinated effort by three former top officials of FIFA to enrich themselves.

At the time, a spokesperson for Kattner said the contracts were approved by FIFA’s compensation panel and known to its then-auditors.

When Blatter and Valcke were suspended from duty in 2015, Kattner was promoted to be FIFA’s interim secretary general – a role he continued to hold for three more months after the election of current president Gianni Infantino.

FIFA ethics investigators formally opened an investigation of the three men in September 2016.

Kattner’s ban from football comes weeks after he was made a criminal suspect by Swiss federal prosecutors investigating FIFA’s finances during the Blatter presidency.

The statement read: “The adjudicatory chamber of the independent Ethics Committee has found Markus Kattner, former FIFA Deputy Secretary General and Acting Secretary General, guilty of conflicts of interest and having abused his position, in violation of the FIFA Code of Ethics.

“The investigation into Mr Kattner covered various charges concerning bonus payments in relation to FIFA competitions that were paid to top FIFA management officials (including Mr Kattner), various amendments to and extensions of employment contracts, reimbursement of private legal costs, and Mr Kattner’s duties as an official.