Hull missed the chance to go top of Sky Bet League One after being hammered 4-1 at Fleetwood Town.

Two goals from Harvey Saunders and further strikes from Callum Camps and Sam Stubbs stunned Grant McCann’s side at Highbury Stadium, ending the Tigers perfect start to the league season.

Skipper George Honeyman had earlier cancelled out Saunders’ 17th-minute opener, but Camps’ sweet strike two minutes into the second half set Fleetwood on course for a famous win in the first-ever meeting between the two clubs.

Defeat for Hull saw their four-game unbeaten run ended, and Saunders’ opener was the first time they had conceded in 377 minutes of league football this season.

Saunders, who scored a hat-trick in the Checkatrade Trophy on Tuesday, fired Fleetwood ahead with a stunning solo effort, racing free from the halfway line and slotting under keeper Matt Ingram. 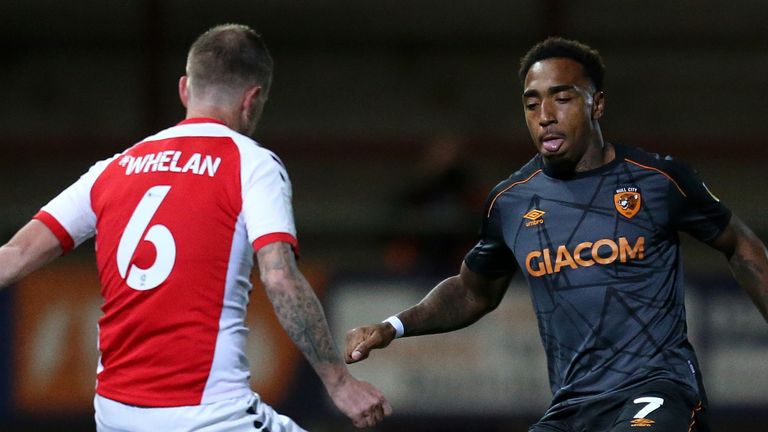 But Honeyman levelled just four minutes later with a simple close-range finish after Mallik Wilks’ shot had been blocked.

Camps came within a whisker of scoring an unfortunate own-goal after he deflected a Honeyman corner onto his own crossbar.

Saunders was denied a second goal by a superb low save from Ingram, but the keeper could do little to prevent Camps from restoring the lead after Honeyman carelessly gave the ball away.

Saunders slotted home from a Ched Evans cross and Stubbs headed Paul Coutts’ cross into the top-right corner to complete a fine evening at the office.