‘I saw the bone coming out of his sock’: Former Arsenal physio Gary Lewin reveals how he saved Eduardo’s foot in ‘the worst injury I’d ever seen’ before he was treated by a surgeon used to dealing with fractures from warzones

The physio who was first on the scene after Martin Taylor’s leg-breaking challenge on former Arsenal forward Eduardo has recalled the shocking scenes.

Gary Lewin was head physio at the North London club for 22 years and was on duty as the Gunners took on Birmingham City in February 2008.

He was rushed onto the pitch just three minutes into the game after Eduardo’s quick-feet had nicked the ball away from Taylor, only for the defender lunge his studs clumsily into the Croatian’s left leg. 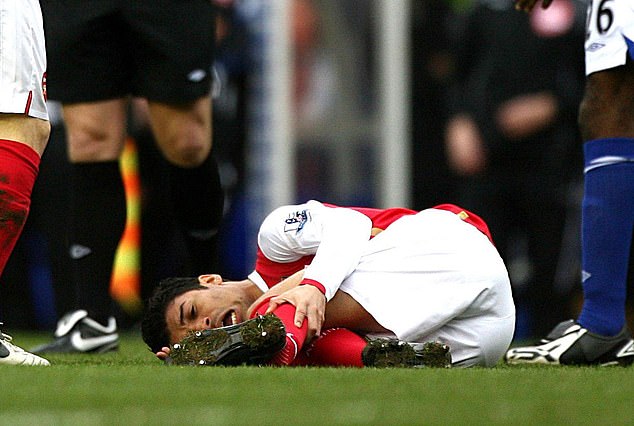 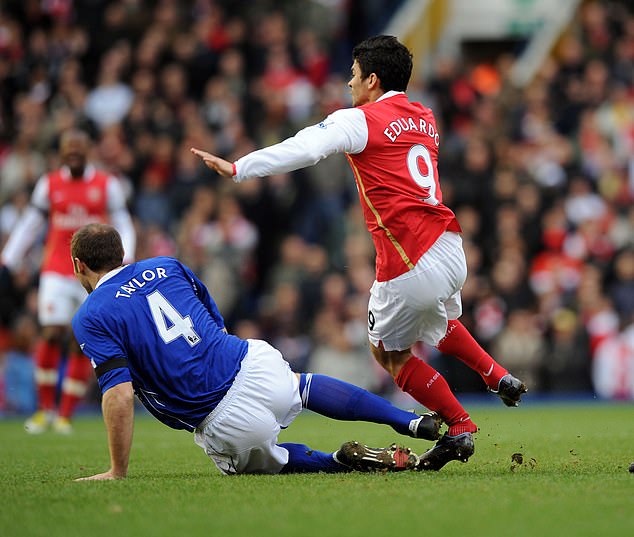 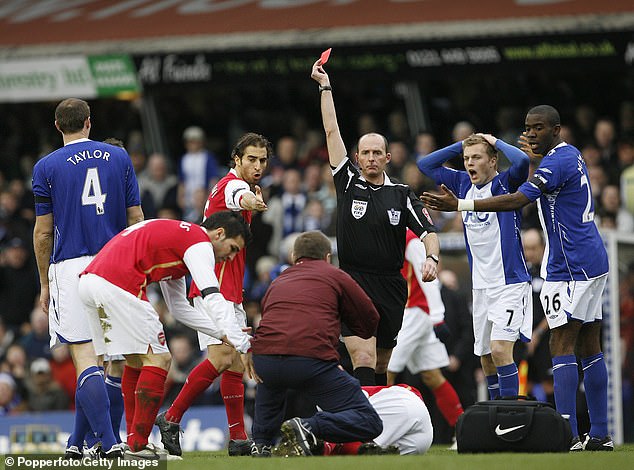 A distressed Cesc Fabregas was the first to notice Eduardo’s contorted ankle, and Taylor was shown red by Mike Dean as Lewin attended to the forward.

‘I’ll never forget it. It’s probably the worst injury I’ve ever seen and when you see something that bad it really sticks in your memory,’ Lewin, who has also worked for England and West Ham, told the Athletic.

‘When I went on the pitch I noticed his ankle was dislocated and in the wrong shape. I also saw the bone sticking out of his sock so I knew it was an open fracture.’ 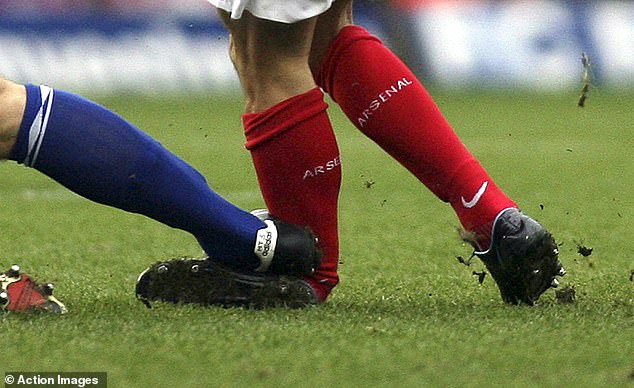 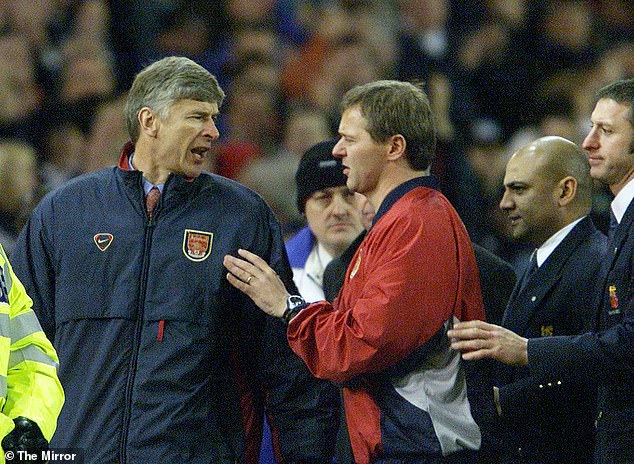 Lewin was the Arsenal head physio for 22 years, and called it the worst injury he had seen

‘Eduardo was in a lot of distress so the first I did was get hold of the ankle to make sure he couldn’t move it.’

‘With foreign players they always go back to their native tongue, so because he spoke Portuguese I got Cesc Fabregas to talk to him as Spanish and Portuguese are very similar.

‘That way I could communicate to him what we were doing and get some information back about what he was feeling. The most important thing was to try and calm Eduardo down. We managed to immobilise the ankle and get him off the pitch. He was having surgery within hours. 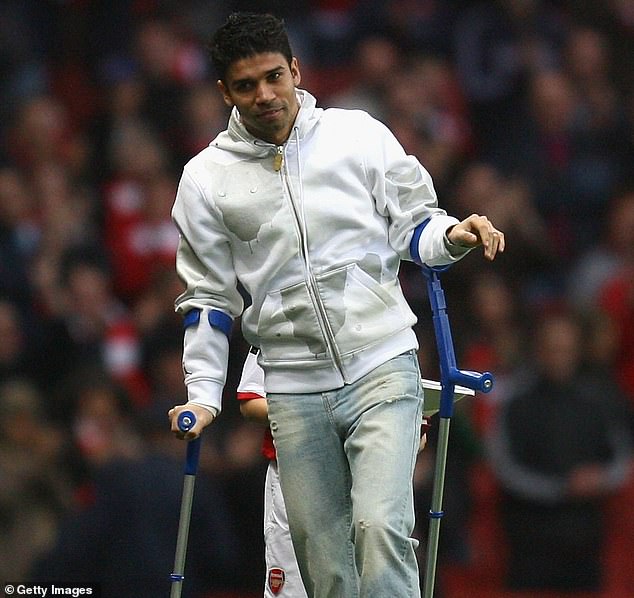 A 12-month recovery followed, but the Croatian forward never fulfilled his early potential

‘He actually went to Selly Oak Hospital in Birmingham. That is where the military went to treat the injuries they suffered in Afghanistan. The surgeon there was very good and he was on duty that day and he saw that sort of thing day in, day out.’

The Brazilian-born player arrived as an exciting 24-year-old forward in 2007, after smashing in 34 goals in 32 games for Dinamo Zagreb in the Croatain top-flight.

He settled in quickly too, contributing 12 goals and nine assists in his first 30 games for the Gunners, but that final start in Arsene Wenger’s XI dramatically changed the course of his career. 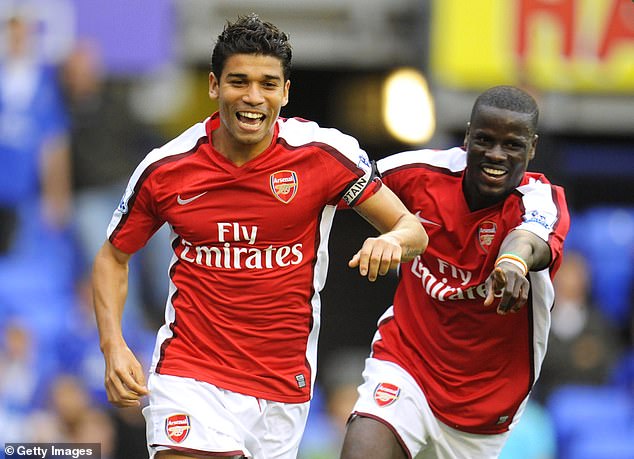 Just less than a year after the injury, Eduardo returned to action by scoring a double against Cardiff in the FA Cup, but he only netted another six goals for the Gunners before leaving for Shakhtar Donetsk.

Further spells at Flamengo, Athletico Paranaese and Legia Warsaw have followed, only hitting double figures in a league season twice for Shakhtar before now being left without a club.