A fuming Thomas Tuchel hit out at referee Mike Dean for denying Chelsea a ‘100 per cent penalty’ and also a possible goal for Mason Mount in their shock draw against Brighton.

Tuchel felt Christian Pulisic was definitely fouled in the box without censure for Brighton in the second half, while Mount rolled the ball into the empty net only to see play brought back for a foul.

‘We have a 100 per cent penalty against Christian Pulisic, a 50-50 challenge from Mason Mount right before their equaliser,’ said Tuchel. 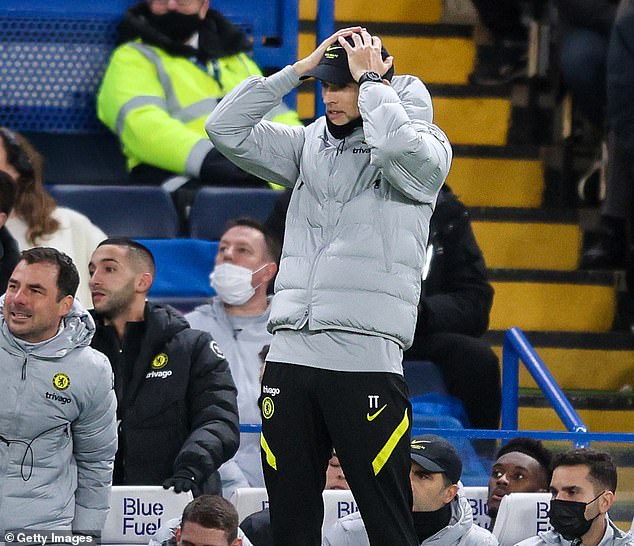 ‘Why does he even need to whistle before the ball is over the line? We have VAR to check. Is he so sure or does he want to keep the tension up? And the penalty, it’s a joke, honestly it’s a joke not to intervene from VAR.

‘And we have a horrible decision from the referee. It is a clear penalty for two zero, not even checked, so everything against us.’

Asked whether a draw was right, an irate Tuchel replied: ‘Absolutely not. We had the better chances and a clear penalty. Very disappointing. 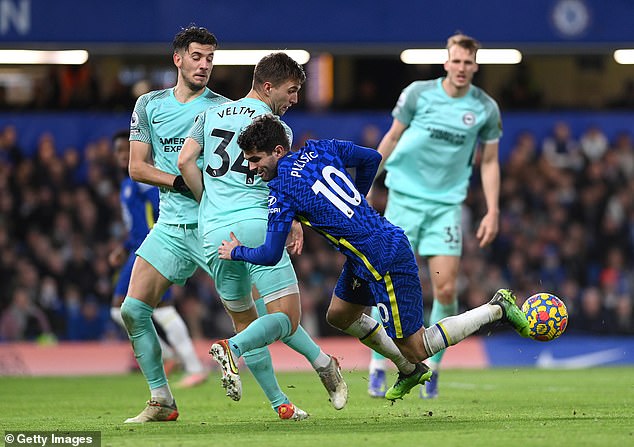 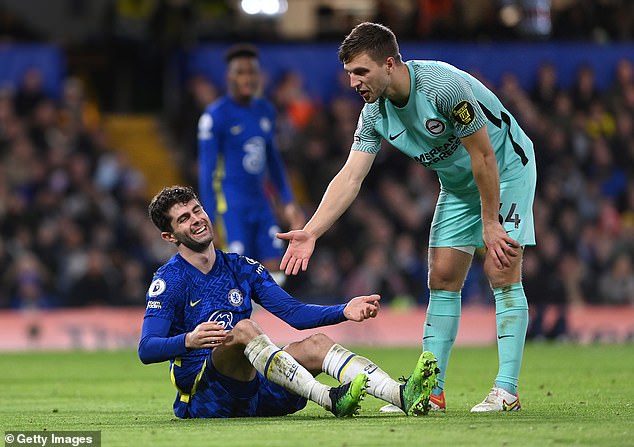 ‘Sure we are tired, if you had been in bed for 10 days and played Premier League after that you would be tired.’

In the opposition dug-out, when asked if Chelsea should have had a penalty for the foul on Pulisic, Brighton boss Graham Potter reasoned: ‘I’d have to see it back, live I didn’t think it was. I guess that’s why they’ve got VAR. 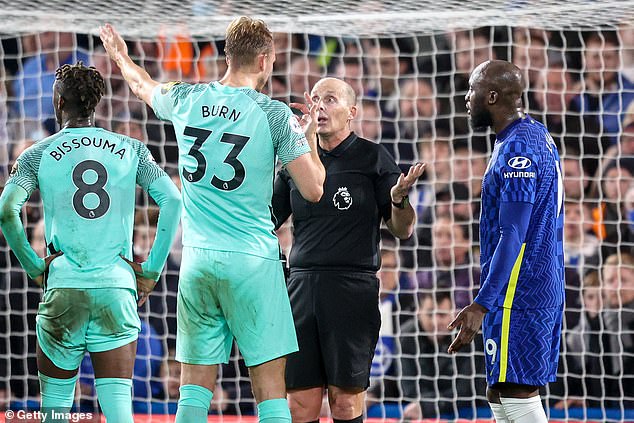 Referee Dean, as always, placed himself at the centre of the action at Stamford Bridge

‘If it was 100 per cent I think it would be given, I didn’t think it was at the time but I was quite a way away to be honest.’

The draw sees Chelsea lose precious ground on leaders Manchester City, who now have a eight point lead at the top of the table after beating Brentford.

Chelsea return to action in four days with a crucial meeting with Jurgen Klopp’s Liverpool, who currently sit just one point behind them in third.