Gareth Bale has broken his silence on Carlo Ancelotti’s appointment as the new Real Madrid boss amid uncertainty of where the Wales international’s next move will be. Tottenham chairman Daniel Levy won over plenty of Spurs fans last summer when he brokered a deal to bring Bale back to the club on a season-long loan.

At the time, there were strong reports that Bale may well look to stay in north London until his Real contract expires in 2022.

After a slow start to life back in the Premier League, as Jose Mourinho erred on the side of caution due to the winger’s recent injury struggles, Bale soon began to rediscover his best form.

And the 31-year-old finished the season in fine form, which included his first hat-trick in the Premier League since 2012 as well as two crucial goals in the final game of the season against Leicester.

Bale’s loan spell at Tottenham is set to end now though and he’s refused to discuss what his plans are until after the European Championships. 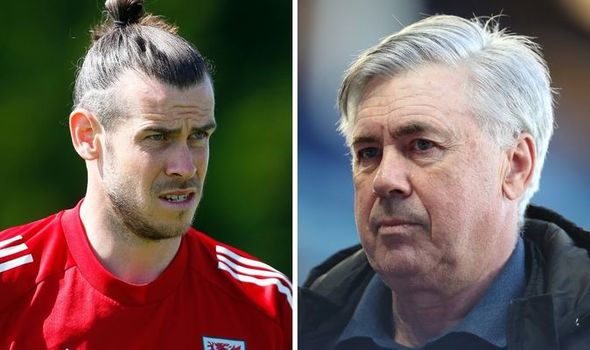 It’s been suggested that Spurs still want to keep Bale, although that may well depend on who comes in as manager with Antonio Conte expected to take charge.

Zinedine Zidnae has also since left Real with Bale falling out of favour with the Frenchman and Ancelotti has come in as his replacement.

Bale had a good working relationship with the experienced Italian coach, but the winger still isn’t ready to open up on what he plans to do for next season.

“I know Carlo’s returned and I get on with him really well, and I’m not denying that, but I’m just concentrating on now,” Bale said.

“I’m sure I’ll have a conversation with him at some point and I’ll go from there when that happens.

“As soon as the Euros finishes then I’ll go from there.”

He added: “I know Carlo Ancelotti is a great manager.

“I get on with him really well, we had some great times in the past. 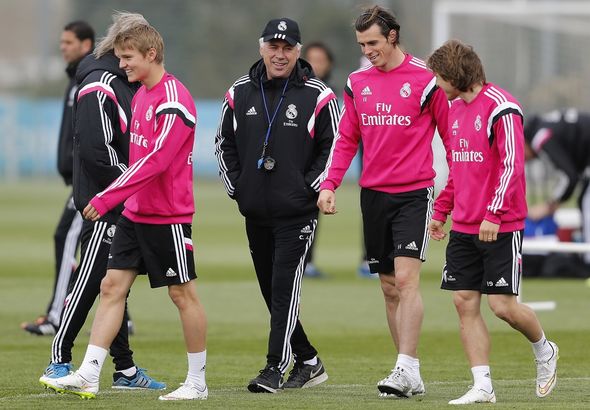 “He’s returned to Real Madrid and he’s a great guy.

“We had a great time together at Real Madrid and I’m sure he’s going to be amazing in charge there.

“I spoke to him when we played Everton at the start of the season, we hugged and had a little chat which was nice.

“But I’m still in the same boat and haven’t thought about it too much.

“I’m concentrated on our preparation now and what’s going to happen in the Euros. I’ll sort the rest of it after.”