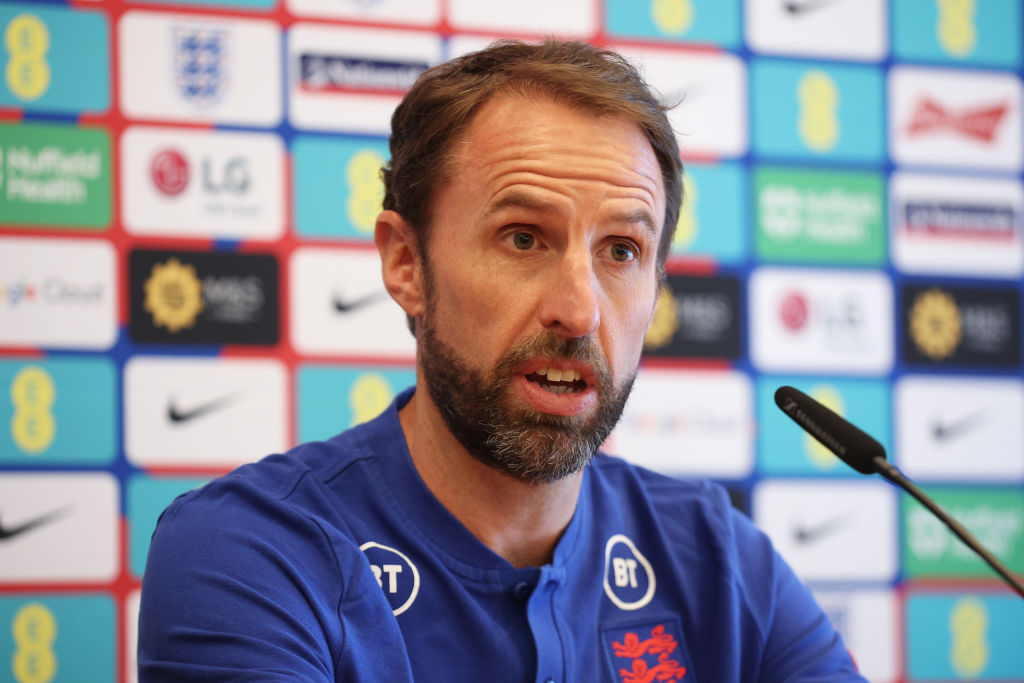 Gareth Southgate has revealed he has questioned whether he should have asked Bukayo Saka, Jadon Sancho and Marcus Rashford to take penalties in the Euro 2020 final.

All three were substitutes at Wembley and missed from the spot as England lost 3-2 to Italy in the shoot-out last summer, leading to abhorrent racist abuse being directed at them on social media.

And Three Lions boss Southgate admits he will have tough decisions to make if faced with a similar situation at this year’s World Cup.

‘When I left The Grove (hotel) that day I couldn’t help but feel, “Have I created this situation here for the boys?”,’ he said.

‘But it wouldn’t be right to not pick the players you think are best to take them because of what the possible consequences of them missing would be. I’ve got to pick them on the belief they are going to score.’

England’s defeat by the Italians remains the team’s only loss on spot-kicks during Southgate’s near six-year reign but penalties have haunted the national team after a series of losses at major tournaments.

Asked if the possibility of being abused if they miss could be going through players’ minds as they go up to take a penalty in Qatar, Southgate replied: ‘We’re goosed, then!

‘We’ve got 55 years of talking about penalties and everything else. So we’ve now got another layer that’s going to make it extremely difficult for us to win anything.

He added: ‘Indirectly, we have created another layer of difficulty in overcoming a penalty shootout. I have got to take all of those things into consideration and it is incredibly complex.’

Despite losing their opening Nations League fixture in Hungary at the weekend, Southgate says he does not feel pressure to play his best side between now and the winter World Cup for fear of ‘breaking the players’.

His men face Germany in Munich on Tuesday night knowing they face an uphill battle to qualify for the 2023 finals with the Germans (twice), Italy (twice) and Hungary to come.

Off the back of a long season, Southgate said risks would not be taken with players and explained: ‘We would like to do that but we would at this time of year break the players in the end.

‘Without a doubt we always want to try to get some continuity. We certainly seem to be affected by that more than other nations.’