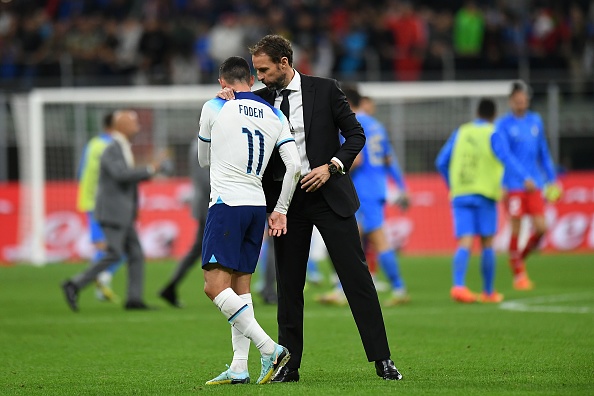 The Manchester City playmaker was left on the bench as England produced a stodgy performance in a 0-0 draw with the USA on Friday.

It came after Foden started the opening game on the bench against Iran and he was given just 18 minutes as a substitute.

England were crying out for more creativity against America but Southgate opted to bring on Jack Grealish and Marcus Rashford over Foden.

Wayne Rooney has been a vocal critic of Southgate’s use of Foden and says the City midfielder is England’s best player.

The former England captain even went as far to say that Harry Kane should be rested against Wales in order to start Foden.

Southgate has taken heavy criticism from supporters for his use of Foden so far in Qatar but he insists the playmaker has a big part to play in the tournament.

‘He’s going to play a big part in this tournament for us.”

‘There are different possibilities. He can play on either flank and can play as a false nine if we chose to do that,” he added.

‘He can play off a striker, although he doesn’t do that as much at club level so that’s maybe applicable to certain games or certain moments.

‘He’s a very flexible player in terms of the attributes he has and where he can have an impact. He’s a goal threat, which is also very important.’