Gary Neville believes Frank Lampard will be secretly seething over Kepa Arrizabalaga’s poor display against Brighton. Chelsea did come away with all three points thanks to goals from Jorginho, Reece James and Kurt Zouma. But the result was in doubt when Brighton levelled the fixture in minute 54.

Leandro Trossard’s strike from the edge of the box crept under Arrizabalaga’s arm and into the back of the net, in what was yet another show of poor goalkeeping.

The Blues have spent vast amounts of money this summer but have yet to strengthen in goal. Although it is thought after spending £71.5million on the Spaniard last summer Chelsea will give the 25-year-old a chance.

Stade Rennais goalkeeper Edouard Mendy has emerged as the most likely arrival between the sticks but Lampard shut down any such speculation.

JUST IN: Timo Werner confirms whether injury will keep him out of Liverpool tie 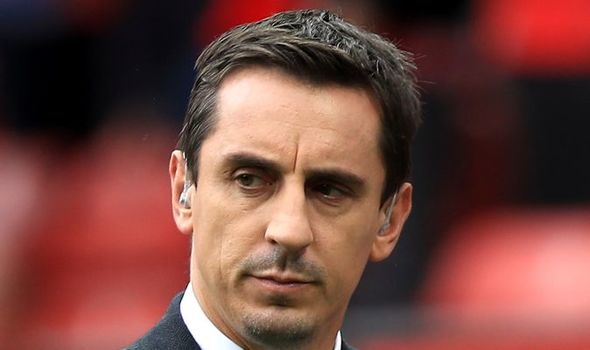 “There’s obviously some weeks to go until he end of the window.

“We’ve got a big squad now as well so we have to manage that and look at how we move forward in terms of getting the right level of competition within the squad.

“But no news on that one at the minute.”

When asked specifically about his current No.1, he replied: “I’m very happy with Kepa.

“I thought Kepa today, I think with the shot I’m not sure if he could’ve done any better but I saw a lot of confidence with how he was playing.

“I’m happy with him.

“Kepa’s here, he’s our keeper and I’m happy with him.

“That goes throughout the squad so we’ll see.”

Sky Sports pundit Gary Neville, however, disagreed with this assessment and believes behind the scenes Lampard will be raging with Kepa’s consistent string of mistakes. 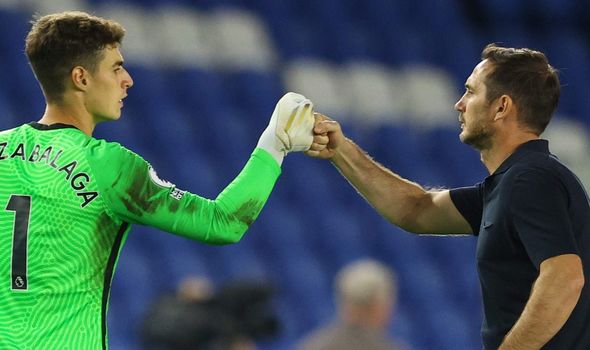 “You have to support your players publicly but privately, that goal tonight, it’s a really poor goal to giveaway.

“He conceded so many goals from outside the box last season, he’s conceded another one tonight.

“It will cost you. If you don’t have a top goalkeeper you will not win that league and at the moment he makes far too many mistakes and lets far too many goals into the back of the net that should’ve been saved.”