Manchester United legend Gary Neville has called for Ole Gunnar Solskjaer to ‘go a step further’ than last season by adding to the club’s rich trophy cabinet. Solskjaer secured a third-placed finish in the Premier League last term on the final day of the season.

The Norwegian came under pressure for his start to this campaign but the Red Devils are now in a genuine title race.

United are tied on points with defending champions Liverpool at the top and even have a game in hand.

The fight for top spot is likely to go right down to the wire but Solskjaer has another route of keeping the doubters off his back – by winning the Carabao Cup.

United take on Manchester City this evening for the chance to meet Jose Mourinho’s Tottenham in the final.

And Neville feels Solskjaer now has to start delivering silverware, starting with the League Cup. 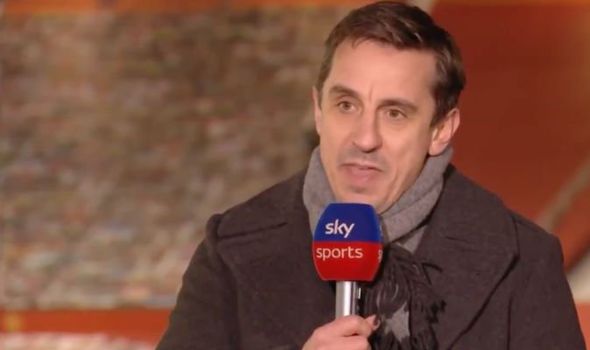 “Even six weeks ago, for the Manchester Derby, we were sat here questioning both of these sides. Amazing,” Neville told Sky Sports.

“Where they are in the league at the moment makes me smirk a little bit, I have to say.

“I never expected it. I don’t think any United fan expected it but I think Ole at the end of this season would have been in the job for two-and-a-half seasons and he has to give a return on trophies.

“I think that everybody at the start of the season thought the league was well beyond them but they had to get close to City and Liverpool.

“At the moment that’s happening. But I think they have to win a trophy to go with that and go a step further than they did last season.”

Fellow pundit Roy Keane agreed that United must not let this chance of securing silverware slip away.

“Well you need to start somewhere and I think this is the trophy that realistically have their best chance of this season,” he said.

“A one-off semi-final against your local rivals at home, if they can get a win, continue their decent home form which was really poor at the start of the season. I think will be massive. A really important game for Man United tonight. 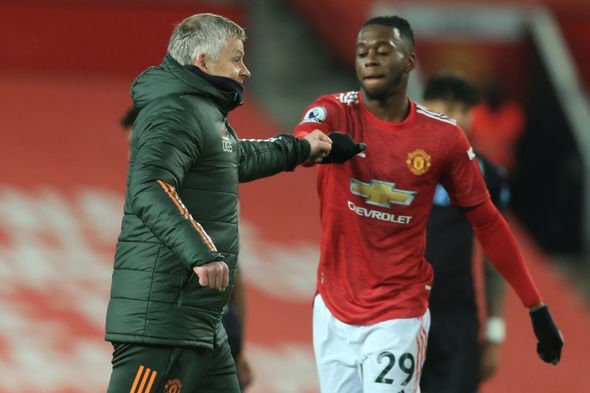 “They have to get over the line. Tottenham waiting, Mourinho. Nice ring to it. Fingers crossed they can do it.”