Manchester United legend Gary Neville has revealed Wayne Rooney was the player he found most difficult to captain. Following Roy Keane’s departure in 2005, Neville was appointed United club captain, a role he held until he retired in 2011. The former right-back led the Red Devils to two Premier League titles and a Champions League success but it was not always plain sailing when he wore the armband.

Appearing on Sky Sports’ The Football Show on Wednesday, Neville was quick to name Rooney when asked which player he found the toughest to captain.

And he revealed the difficulties he would often have keeping the former striker in check on nights out.

“Rooney. You used to have to man-mark him with a security guard on a night out,” Neville said.

“I used to take responsibility for it to be fair. 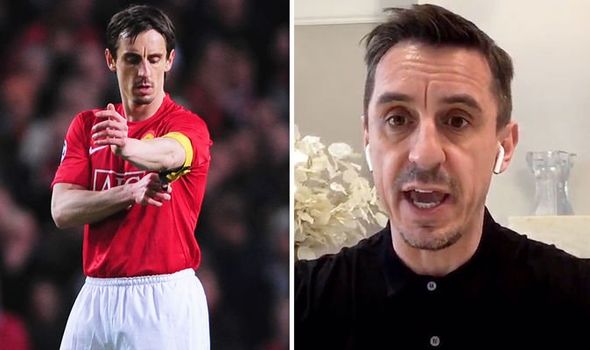 “It was about a 10-step staircase and he’d literally been left alone for five steps.

“He was someone who was a challenge but he was a great lad.”

Earlier this month Neville said Rooney’s arrival at United was the signing that excited him the most when he was a player at United.

Rooney joined United from Everton in 2004 for a fee of around £25million and went on to become the club’s all-time leading goalscorer. 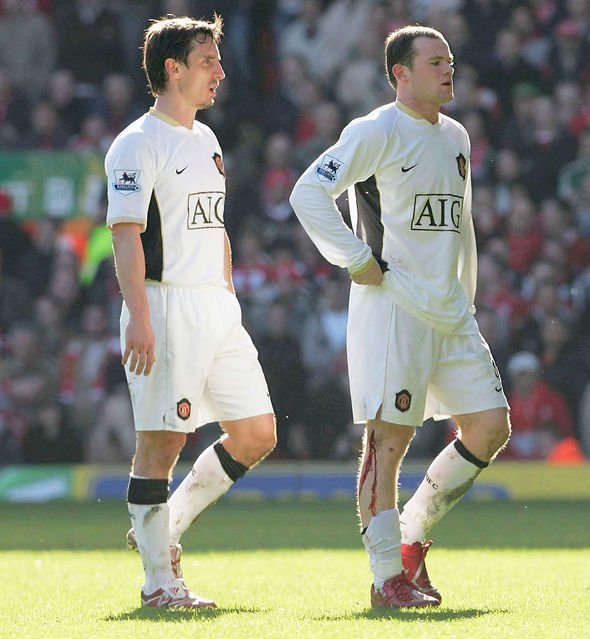 “I played with him with England and I knew what we were getting.

“We were getting a world-class player and fearless and horrible and everything that you’d want in a football player.

“Goals, tackling, running, endeavour, grit, everything that you’d want in a football player.

“So he was the one that excited me.”