‘I was in celebratory mood’: Gary Neville takes another sly dig at ‘vexed’ Liverpool fans on social media with tongue-in-cheek apology video after taunting their ‘demise’ in wake of derby loss over a glass of red wine

Gary Neville has taken to social media this morning to hilariously apologise for his cheeky dig at Liverpool in the wake of their derby loss against Everton.

The Premier League champions fell to their fourth consecutive defeat at Anfield after being stunned by their fierce Merseyside rivals, and Manchester United legend Neville quickly cracked open a bottle of red wine to toast the occasion.

He has now somewhat backtracked on his comments, which focused on celebrating Liverpool’s ‘demise’, with a tongue-in-cheek video filmed on a train. 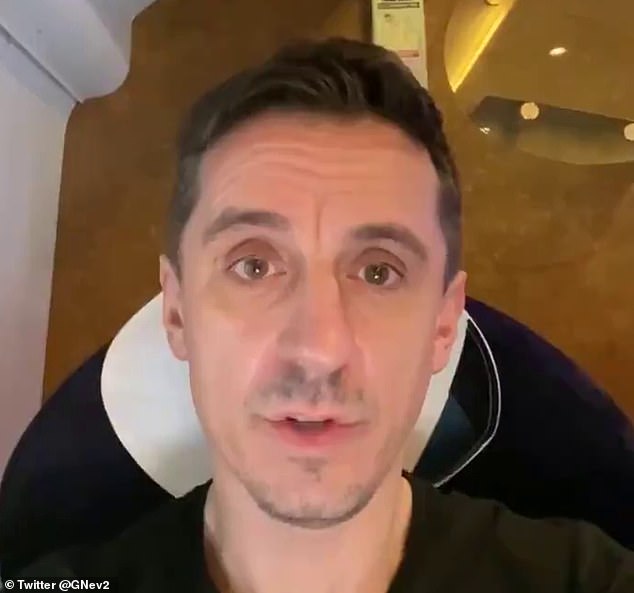 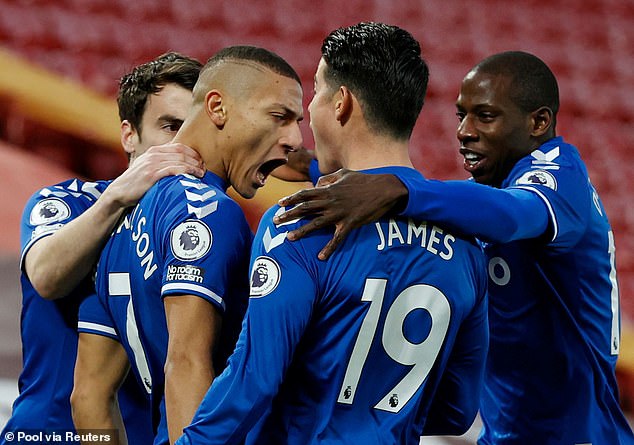 Everton picked up their first win at Anfield this century, leaving Neville to toast their success

After revelling in the setback of United’s arch nemesis at his home, Neville jokingly assured his ‘vexed’ social media following that his ‘professional stance’ would return for Sky Sports’ coverage on Sunday.

‘I was in celebratory mood, which has resulted in these black bags appearing underneath my eyes. 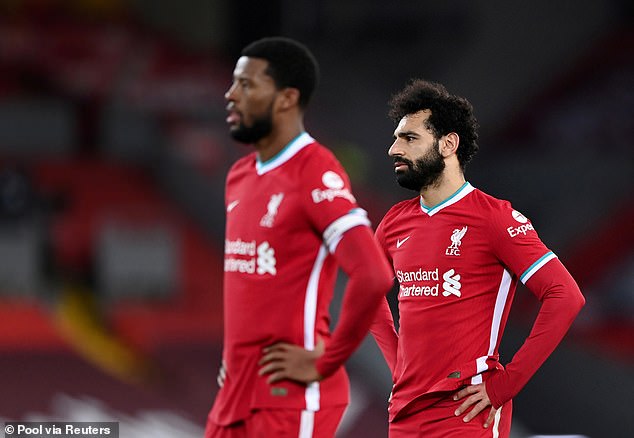 ‘Some of my following, trusted and loyal, seemed slightly vexed with my behaviour.

‘But I can assure you that my professional stance will return today as I deliver you co-commentary on Arsenal vs Manchester City. Have a lovely day.’

His short swipe at Liverpool after their latest loss certainly caused a stir online, with Neville having pretended to stutter over his words. 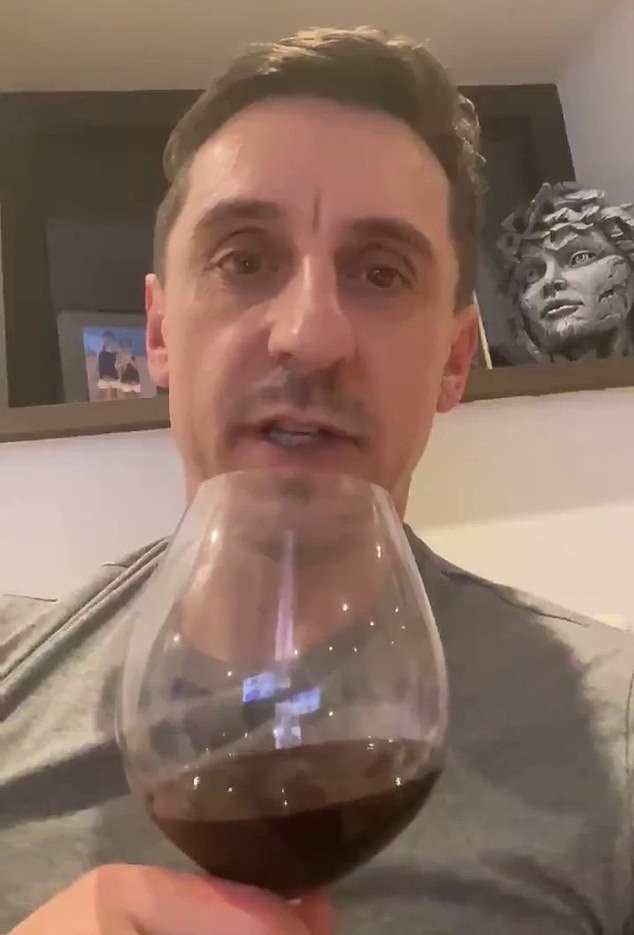 Neville posted a video after the game, in which he saluted Liverpool’s ‘demise’ with red wine

‘It’s been very difficult in mockdown, I mean meltdown, I mean lockdown… to see the demise of the champions,’ he playfully insisted.

The former right back had been a constant presence on his Twitter page throughout the game, much to the annoyance of the Liverpool faithful.

A third-minute strike from Richarlison condemned Jurgen Klopp’s team to a horror start, before a controversial late penalty from Gylfi Sigurdsson sealed the win. 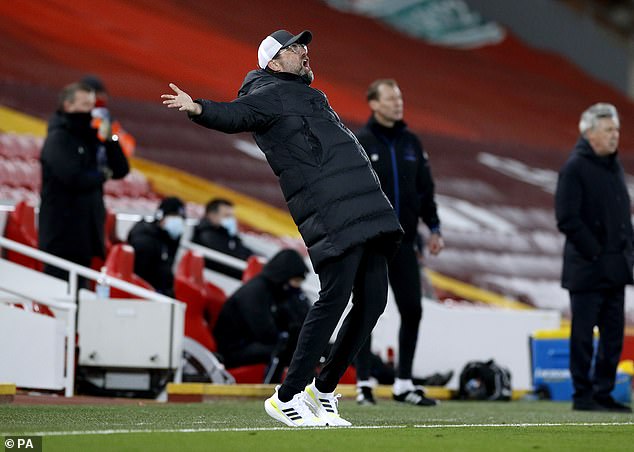 And when Liverpool were staring down the barrel of their first Merseyside derby defeat at Anfield this century at half-time, Neville did not hold back in ribbing them.

He told fellow Sky Sports pundit Jamie Carragher to ‘go and get your kit on’, and proceeded to snigger over the VAR drama that handed Everton their spot-kick.

Neville’s beloved Manchester United will be able to move nine points clear of Liverpool with a win against Newcastle.