‘We had a blackout for half an hour, conceded three ridiculous goals and made some very serious errors’: Gennaro Gattuso insists his Napoli side put Barcelona ‘under huge pressure’ despite suffering defeat in Champions League last-16 clash

Gennaro Gattuso believes his Napoli side put Barcelona ‘under huge pressure’ despite suffering a 4-2 aggregate defeat in their Champions League last-16 clash.

Having drawn 1-1 in Naples in the first leg in February, the visitors fell behind to Clement Lenglet’s early header before Lionel Messi’s wonder goal and Luis Suarez’s penalty rendered Lorenzo Insigne’s spot-kick a consolation.

Barcelona will now face Bayern Munich in the quarter-finals, but Gattuso was insistent his side dominated the tie. 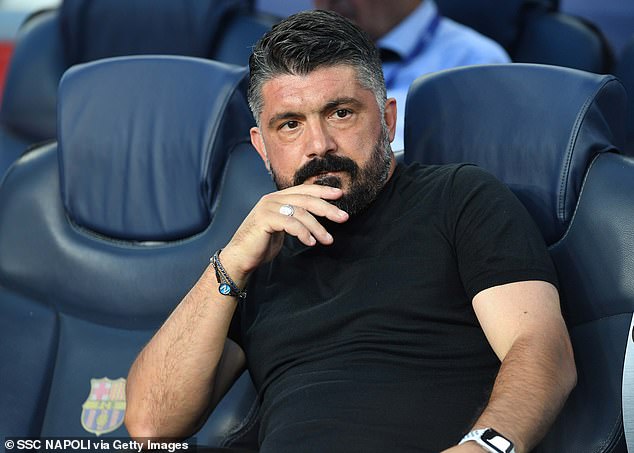 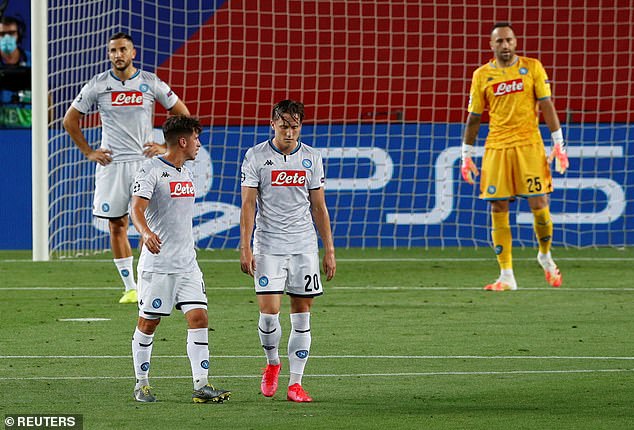 ‘There are many regrets, because we had a blackout for half an hour, conceded three ridiculous goals and made some very serious errors during that period,’ Gattuso told Sky Sport Italia.

‘I saw a team that also put Barcelona under huge pressure. We should’ve scored two goals early, yet we conceded instead. It angers me to concede a goal from a set play. It drives me crazy.

‘I always say, we have some strong and talented players, but need to really move forward in terms of mentality, because it’s not good enough.

‘If you look at the statistics, it was dominated by Napoli. We had double their shots on goal, had more possession, we broke through their defence very easily.’ 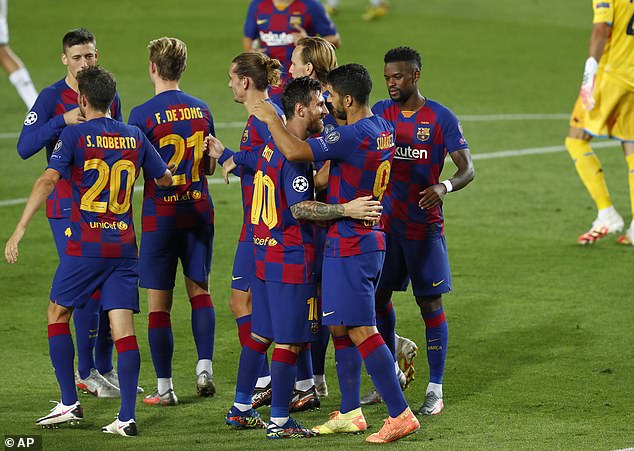 Gattuso added: ‘You could see Barcelona were really struggling in the second half. I heard people say Barcelona were playing with their reserves, I didn’t see that today, it was a quality squad worth hundreds of millions. We played as a team, but the biggest regret is that we fell asleep for half-an-hour and gifted the tie to Barcelona.

‘Barca didn’t get out of their half in the opening 10 minutes. I saw more than a good performance from Napoli. I am not trying to cause controversy, I am just disappointed, because I saw we could really hurt them. I get the feeling we were up against a Barcelona side that was not in good shape and we handed it to them.

‘With a little more determination and a stronger mentality, we could’ve really done damage here. We knew that with tight passing, we could break through the lines and hurt them, but we got the passes wrong. I’m angry because we did these things well in the second half and not enough in the first.

‘It’s been seven or eight years since Barcelona had 43-57 per cent at Camp Nou and the visitors twice as many shots on goal, so it annoys me that even with all that, we still couldn’t make the most of it. When you give them an inch, obviously they’re going to take those chances and we didn’t. It hurts.’