‘He changed me as a person and a player:’ Steven Gerrard pays emotional tribute to his late mentor Gerard Houllier during first press conference as Aston Villa boss ahead of Brighton

Steven Gerrard is used to fielding questions about whether he will one day succeed Jurgen Klopp, yet it is another Liverpool manager who is inspiring him as he takes his first steps as a Premier League boss.

The former England captain will be on the touchline as Aston Villa manager for the first time on Saturday after succeeding Dean Smith last week.

Following his home debut against Brighton, Gerrard faces a devilish run: Crystal Palace away, Manchester City at home, Leicester at home and — as though he needed reminding — Liverpool away. 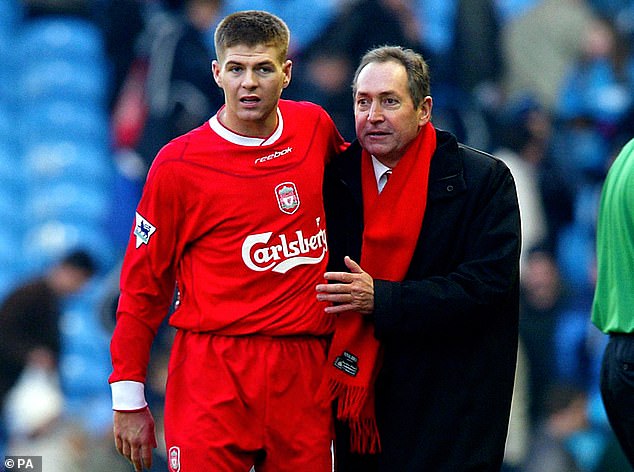 Steven Gerrard paid a genuine and emotional tribute to Gerard Houllier in his first press conference and first team manager of Aston Villa, prior to his opening match in charge

He said he would be delighted were Klopp to sign a lifetime deal at Anfield and that he would never describe Villa as a ‘stepping stone’. Yet when he was asked about Gerard Houllier, there was emotion in Gerrard’s voice.

Houllier, who died on December 14 last year, aged 73, was Villa manager from 2009-10 but stepped down due to ill health. 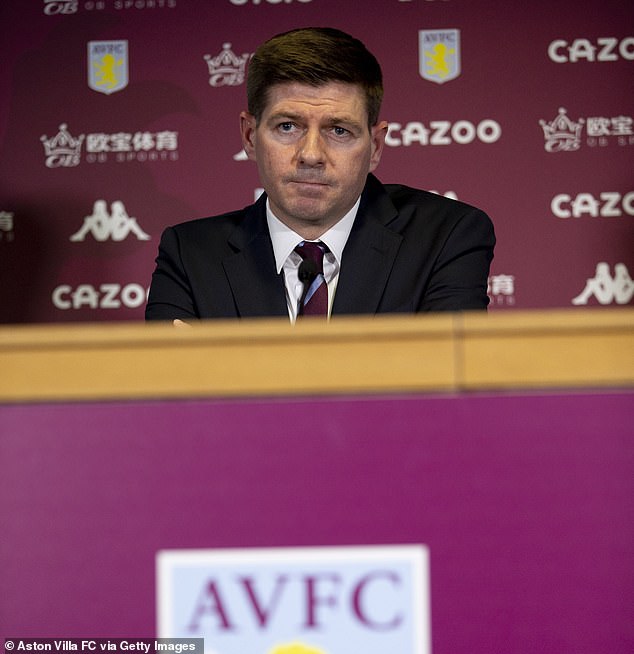 Dressed in a dark suit, white shirt and club tie Gerrard exuded both confidence and resolve 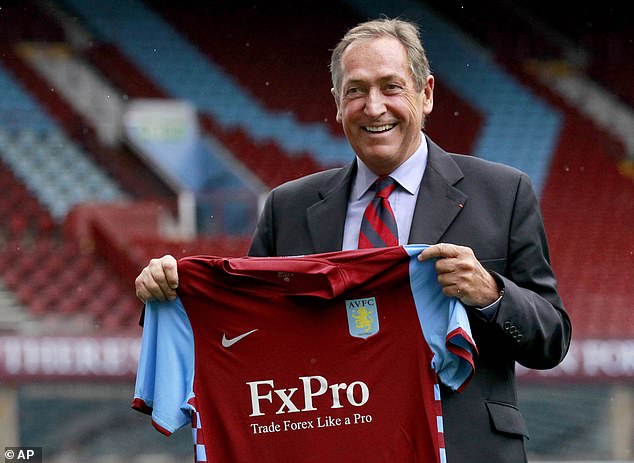 Houllier was the Liverpool manager who turned Gerrard from a promising young player into one of the Premier League’s top midfielders and Gerrard’s love and respect for the Frenchman were clear to see. ‘I’m sure he’s looking down very proud,’ said Gerrard.

‘I’ll be forever in his debt for what he did for me. He changed me as a person, he helped me a lot as a player. He really improved my game intelligence and what it takes to stay at the top level.

‘He went out of his way to talk to my parents, to see what I was eating and how I was getting on. I used to lean on him for advice. And his advice to me was always, “Go and be the best version of yourself and you won’t go too far wrong”.’

With Houllier’s counsel in his mind, Gerrard performed spectacularly during a five-hour interview with Purslow, who he has known since Purslow was managing director at Liverpool from 2009-10, and Lange.

Once Purslow and Lange had settled on a shortlist of four, Gerrard held talks with Villa owners Nassef Sawiris and Wes Edens, who were similarly impressed.

He has brought former Liverpool midfielder Gary McAllister with him from Rangers, along with fellow backroom team members Tom Culshaw and Jordan Milsom, and his key lieutenant on the training ground is Michael Beale. 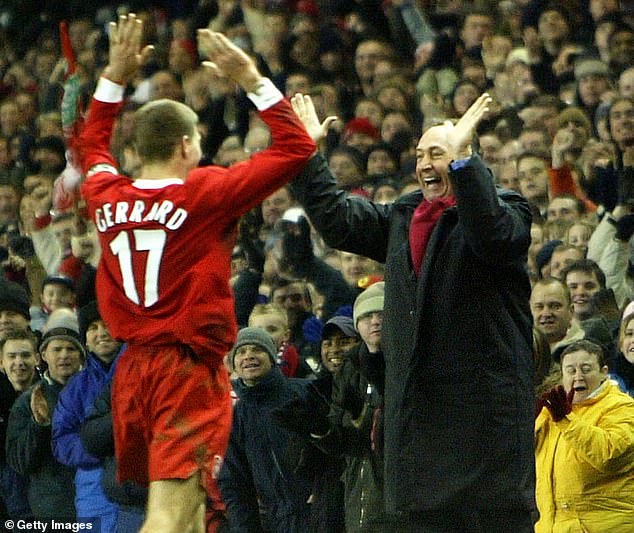 Beale coached at Chelsea, Liverpool and Sao Paulo before moving to Ibrox with Gerrard, and he will put his boss’s ideas into practice during sessions at Villa’s Bodymoor Heath base. It will be a significant challenge.

Villa have lost their last five matches — something Gerrard has never experienced as a player or manager — and are only two points above the relegation zone.

When Sawiris and Edens bought the club in 2018, they set their sights on returning the 1982 European Cup winners to continental competition. And just as he did opponents, Gerrard intends to tackle the job head on.

‘My dad said me, “I want you to be fearless — front up”, and I am not going to change,’ he promised.

‘The bigger the challenge, the more excited you should be. I was really happy when I walked into the training ground and saw the word fearless up as one of the values of the club.

‘To reach your goals, it is a major trait that we have to have. We want to be prepared as well — the two go hand in hand.

‘I will miss playing in Europe because every player, coach, manager, fan wants to be in Europe. That’s the dream and the long-term goal here. We’ll try to provide that as quickly as possible. This club has a fantastic history and connection with Europe from many years ago.

‘I loved playing in Europe as a player and I’ve loved competing in the Europa League as a manager so far.

‘My focus now needs to turn to the Premier League and FA Cup in the short term.’

Villa’s players will have to get used to the Gerrard way rapidly. The 41-year-old confirmed Tyrone Mings would continue as captain, but stopped short of saying the England defender would keep the job in the long term. 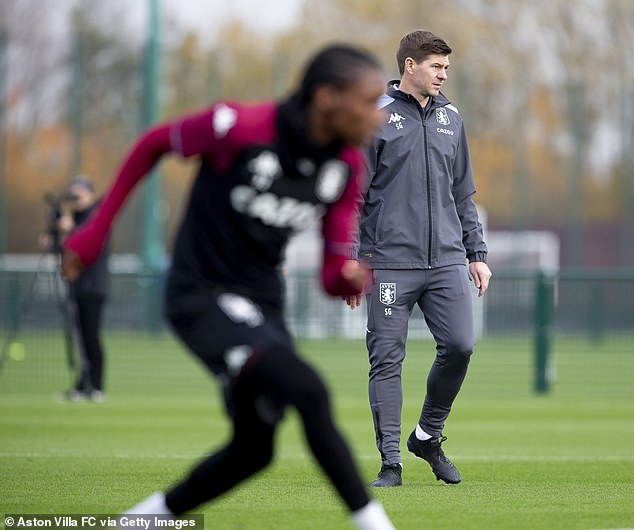 He is concerned about Villa’s defensive shape — 13 goals conceded in Smith’s final five games — and the players can expect to be drilled in the coming weeks by Gerrard and Beale as well as Culshaw, who took particular responsibility for the defenders at Rangers. Whereas Gerrard made numerous changes to the training facilities at Rangers, he sees no reason to do so at Villa.

He has a ferocious desire to excel and if he believes any members of his squad do not share that, they will be not be around for long.

‘I’m as ambitious as anyone,’ he insisted. ‘I have confidence in myself, the staff and this group of players. I have confidence that I’ll get the right support to help move this team forward.

‘I played the game on the edge and showed emotions, but in this job you have to be balanced. I’m learning about myself all of the time and I’m certainly not the finished article.

‘I’m a human being and at times I’ll make mistakes, but it will always be with the best intentions for this club.’