Georginio Wijnaldum has given his most in-depth answer yet on what he expects to happen regarding his current contract situation at Liverpool. The midfielder has been inundated with questions over his future at Anfield for the past 12 months, giving little away in his previous responses.

Wijnaldum has reportedly been holding out for a new deal at Liverpool on better terms.

But reports have long suggested that Liverpool aren’t willing to meet his demands and headed into the final game of the season against Crystal Palace looking as though it will be his last appearance for the club.

Jurgen Klopp penned an emotional letter in the match programme, calling him an “LFC legend”.

The Liverpool boss though did suggest that there could well be a possibility of Wijnaldum staying at the club. 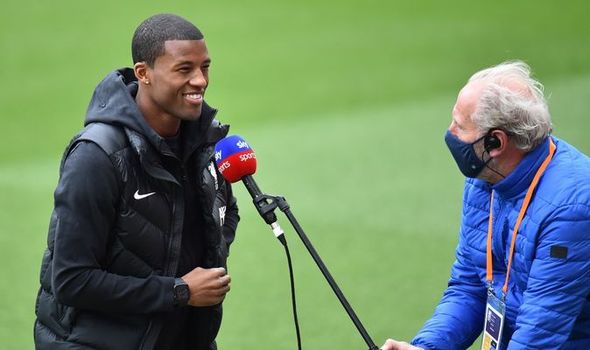 Wijnaldum addressed his own future ahead of the game where he also admitted that it is possible he stays.

“As of right now, the club and I have not agreed to a new contract – from the first of July my contract is over,” he said.

“As it looks right now, this is goodbye but you never know what could happen in the future.”

Wijnaldum was also asked whether he had read Klopp’s message in the matchday programme.

“He said, ‘Do you ever read the programme?’ I said barely not.

“I look at the pictures in the programme but barely read it! He told me he said something so I will read it after the game.

“The relationship the manager and I have is a really good one. 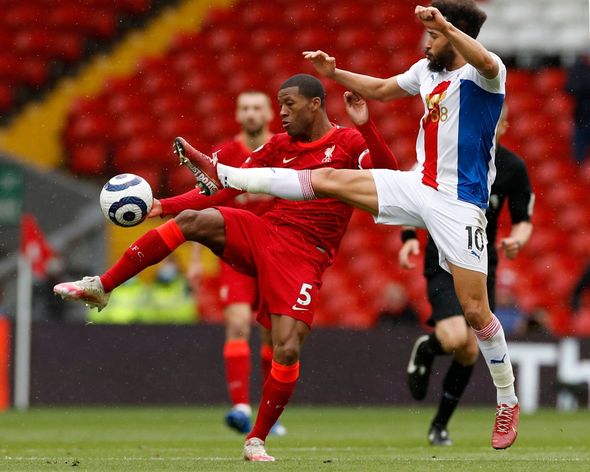 “I think the best one I have had with a manager so far so I think it will be emotional.”

Barcelona have been linked with a move for Wijnaldum ever since last summer.

But Bayern Munich have since emerged as potential suitors for the 30-year-old.

Discussions have reportedly already been held between Wijnaldum’s representatives and the Bundesliga giants.