From bad… to WORSE! Goalkeeping horror-show dominates Montreal Impact’s win over Inter Miami… as Thierry Henry’s side get one over David Beckham’s struggling side

Thierry Henry’s side took an early lead after a longe-range effort from former Stoke attacker Bojan bounced in front of John McCarthy in the Miami goal, who could not deal with it.

However, McCarthy’s goalkeeping blunder was sensationally outdone by James Pantemis after the half hour mark. 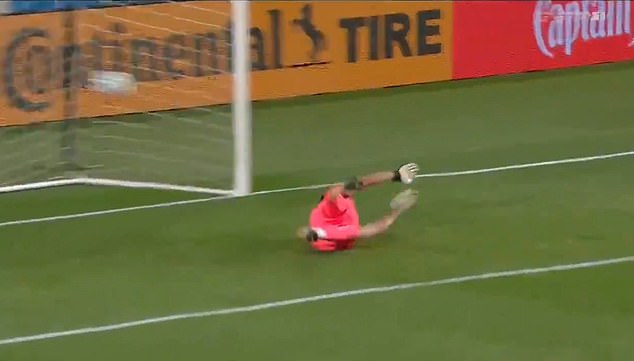 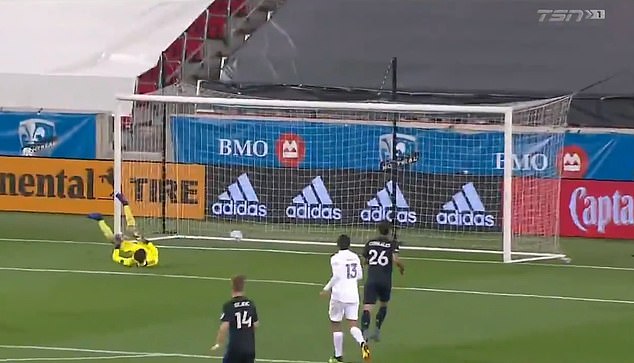 Turning away from goal, Inter Miami’s left winger Brek Shea’s effort is deflected which takes the sting out of it for the goalkeeper to deal with easily.

Instead, with the ball coming straight towards him somehow Pantemis fumbles the shot and falls to the ground in a rather embarrassing howler.

Fortunately enough for the 23-year-old Canadian, his blushes were covered as striker Maximiliano Urruti scored late for the hosts in a 2-1 victory. 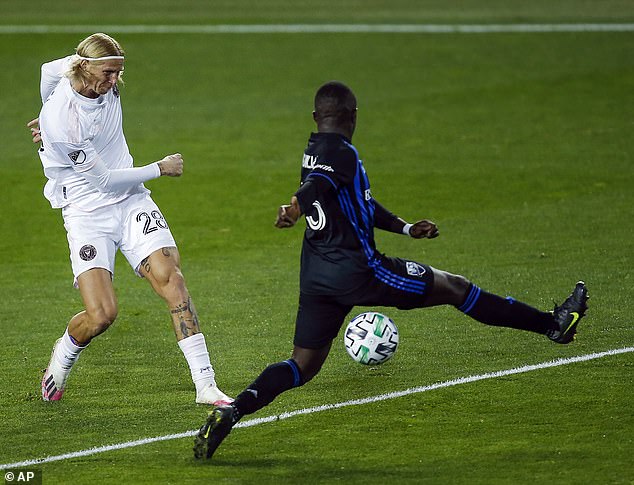 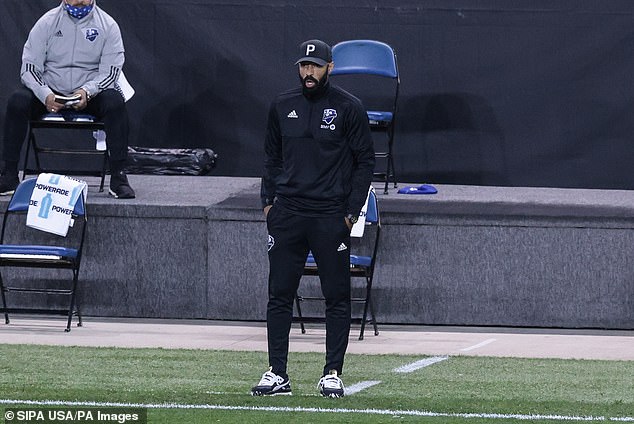 Thierry Henry’s side were able to claim a vital three points in the Eastern conference clash after two straight defeats have left them scrapping away for Final series play-off qualification.

Another former Premier League star could make their way across the pond, as Robbie Keane has been heavily tipped to become the new boss of his old side LA Galaxy.