Former Liverpool midfielder Graeme Souness has responded to Manchester City star Jack Grealish’s claim that the pundit has a grudge against him by admitting that he would “love” to go on a night out drinking with the England man. The two have enjoyed a recent back-and-forth as Souness questioned Grealish’s game, but the Sky Sports panellist backed down and said the only person the former Aston Villa midfielder has to impress is Pep Guardiola.

Their dialogue started when Souness dismissed the idea that Grealish is a “great player” after scoring in the first minute of Manchester City’s 3-0 win over Wolves. “He is a good footballer. He is not a great player,” Souness told talkSPORT.

“He is a good player who got a big move and is yet to do it at Man City. I see the same Grealish I saw at Villa a few years ago. I understand why people think he is better than what he actually is because he runs with the ball and he gets you on the edge of your seat, but he doesn’t deliver enough.”

In the England camp, Grealish was asked about criticism that he received from the Liverpool icon and joked that he didn’t know why he was being critiqued. “I don’t know what his [Souness] problem is with me,” Grealish said with a laugh.

JUST IN: Tottenham have Kane ‘concern’ as Bayern threaten to restart Conte feud 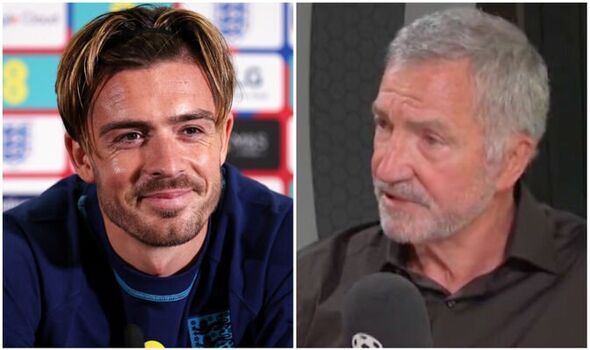 “I try not to read it, obviously it’s difficult when he’s on talkSPORT or Sky Sports and it’s everywhere around the training ground at times. He was obviously a great player, I don’t know what it is with what he says about me or what problem he’s got.

“I know my own ability. I know before he used to say a lot of stuff about me not moving the ball quicker. But you know, when I’m playing for a manager like Pep Guardiola and he’s telling me to keep the ball as much as I can and have balls to take everywhere, that’s what I’ll try and do. 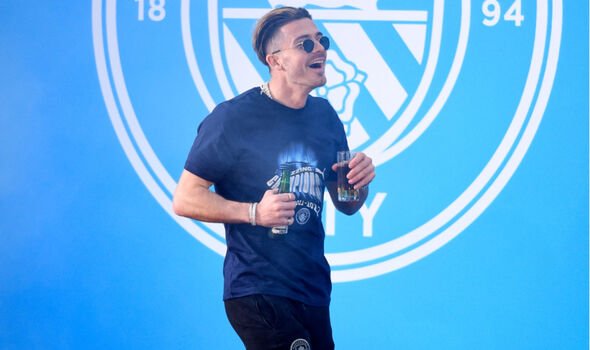 Souness agreed with Grealish that he only needs to listen to Guardiola, and then offered to go on a night drinking with the 27-year-old. “I’d love a night out with him,” Souness told talkSPORT.

“I am not sure I could stay with him but I think I would enjoy a night out with him. He has to pick and choose who he listens to, he might think my opinion is not worth listening to, I can live with that. He only has to listen to his own manager. That’s the only one he has to impress.”