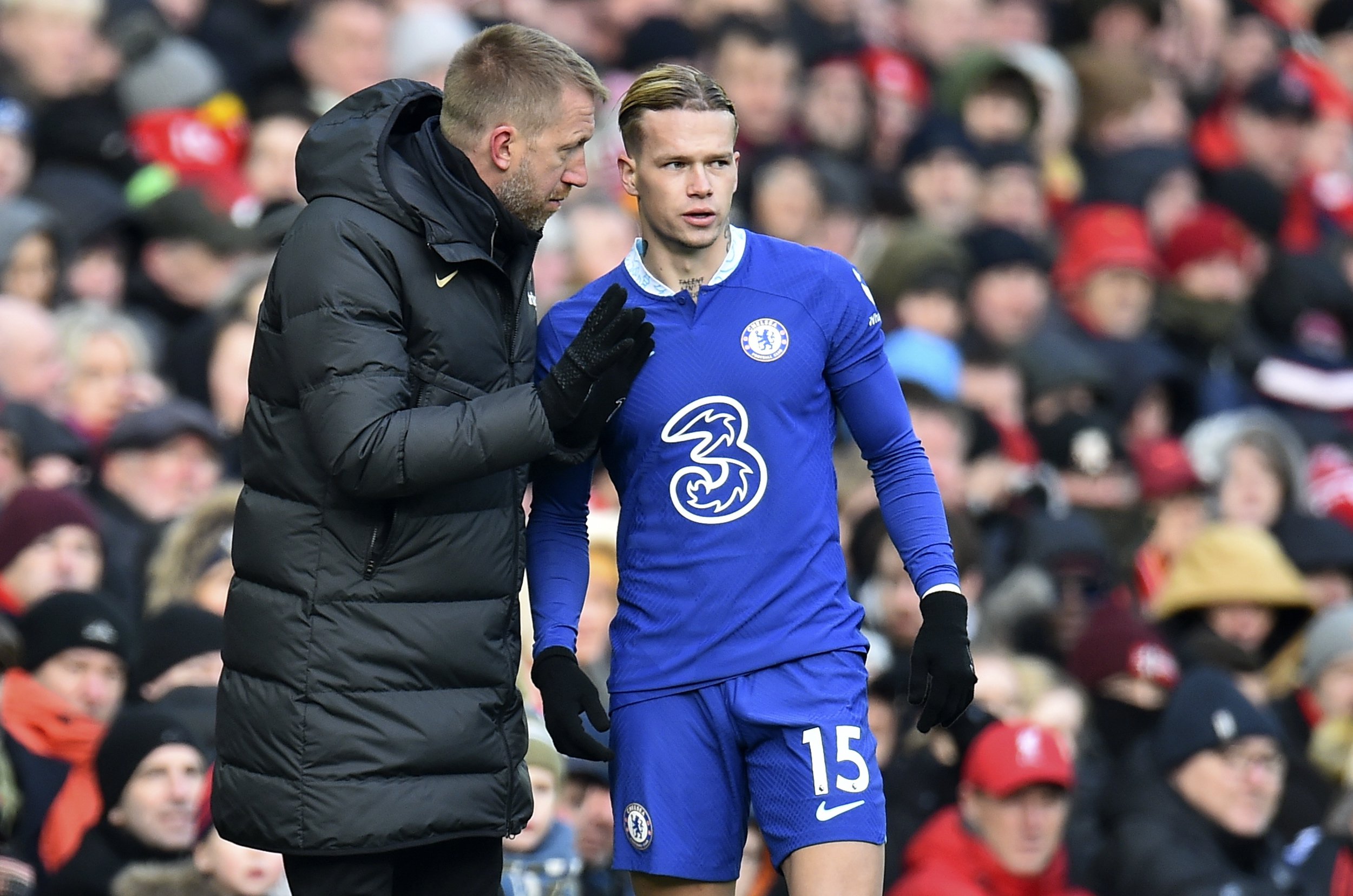 The Ukraine international started Saturday’s heavyweight Premier League clash on the bench but was introduced just 10 minutes into the second period.

Mudryk made an immediate impact, showcasing his dribbling skills and close control to wriggle away from Joe Gomez before thumping a shot into the side-netting from an acute angle.

The 22-year-old then demonstrated his explosive speed by burning past James Milner and forcing the veteran Liverpool full-back to scythe him down at the cost of a yellow card.

Jurgen Klopp was forced to bring Trent Alexander-Arnold on from the bench to cope with Mudryk’s increasing threat and although the new boy ended the game without a goal or assist to his name he showed more than enough to suggest he will be a constant thorn in the side of Premier League defenders.

Asked to assess his first Mudryk’s first performance in a Chelsea shirt, Potter told BT Sport: He’s not played football for a while he’s been on a mid-season break so we had to mange his minutes he’s still in that phase.

‘But I think you could see his quality and thought he had a good impact on the game.’

“I’m sure there’ll be Arsenal fans thinking ‘how did we let that one go…?!’”@rioferdy5 fancies Mudryk to have a bright future in a Chelsea shirt moving forward… ð pic.twitter.com/5Ohfs4iyy7

Chelsea certainly looked a more potent attacking force with Mudryk on the pitch and Potter was encouraged with his side’s overall display despite being forced to settle for a point.

‘I thought the performance was good,’ said Potter. ‘Happy with the team, the energy, what we tried to do. At Anfield, it is always tough. It is a clean sheet and a point, we move forward.

‘First half, we were decent, unlucky not to get the goal. It is what it is.

‘They started the second half well, and we adjusted a couple of things and gained control, had a couple of chances. Overall, a positive day, apart from the fact we wanted three points.’