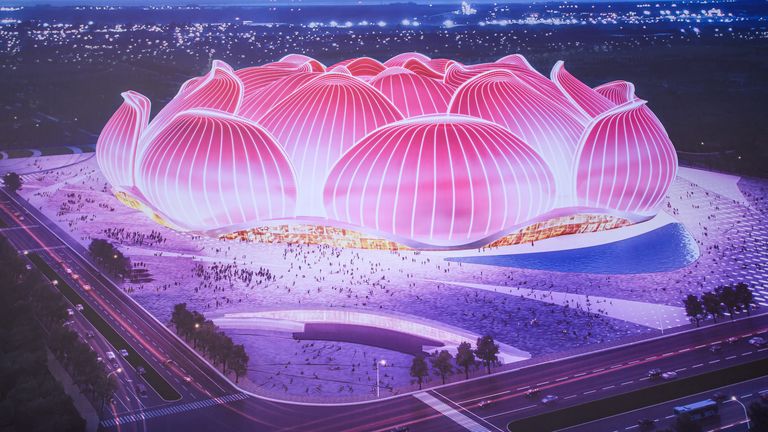 Chinese Super League (CSL) side Guangzhou Evergrande have begun construction on the largest football-only stadium in the world.

Only the Rungrado 1st May Stadium with an athletics track in DPR Korea, the Dallas Cowboys’ AT&T Stadium and Melbourne Cricket Ground hold bigger capacities.

The lotus flower-shaped stadium is the latest work from the Shanghai-based American designer Hasan Syed, following an initial concept from the Evergrande Group chairman Xu Jiayin. It has been reported in China that 12 billion yuan (£1.36 billion) will be invested into the project.