Despite Manchester City staging a late comeback to beat Borussia Dortmund in the Champions League, Pep Guardiola was shown a yellow card at full-time for arguing with the referee.

City were frustrated by their German opponents for much of the night at the Etihad Stadium and trailed soon after half-time as Jude Bellingham glanced a header past a helpless Ederson.

But two incredible goals in the final 10 minutes – first a bullet strike from John Stones and then a remarkable acrobatic finish from Erling Haaland – turned the game around in City’s favour. 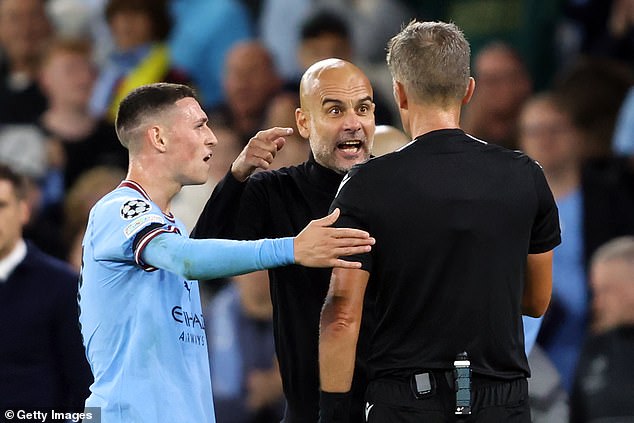 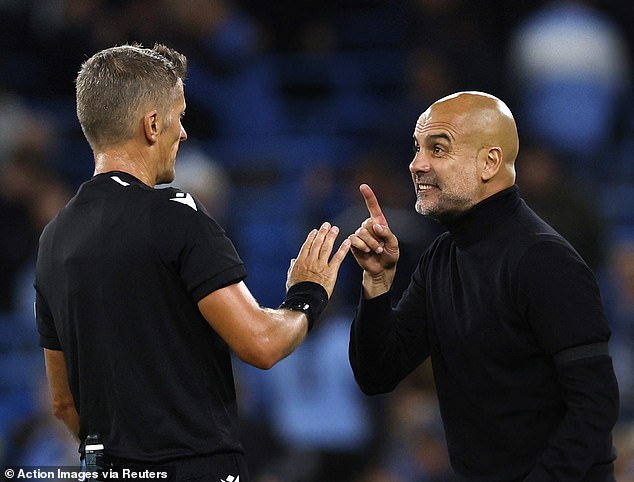 Yet apparently that was not enough to make Guardiola happy, as he began remonstrating with Italian referee Daniel Orsato at full-time as Phil Foden also tried to argue his point.

The City boss continued to angrily gesticulate towards the match official as he walked away and appeared to tell him to ‘f*** off’.

Orsato booked Guardiola, who comically hugged the referee as he tried to get him back onside. The pair then had a much calmer exchange as they tried to explain their viewpoints.

Fans on social media reacted to Guardiola’s antics and could not help but laugh at the Spaniard. 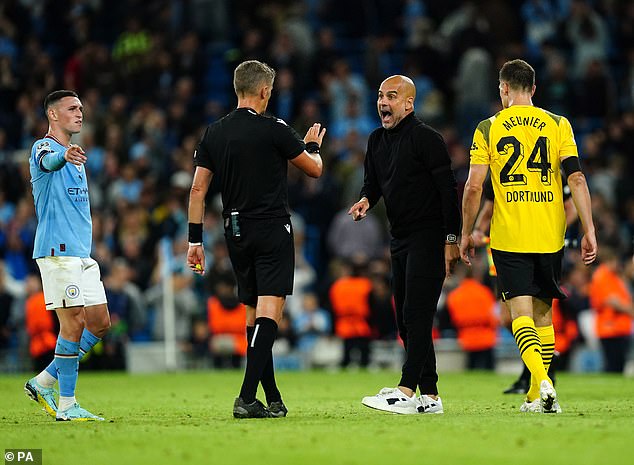 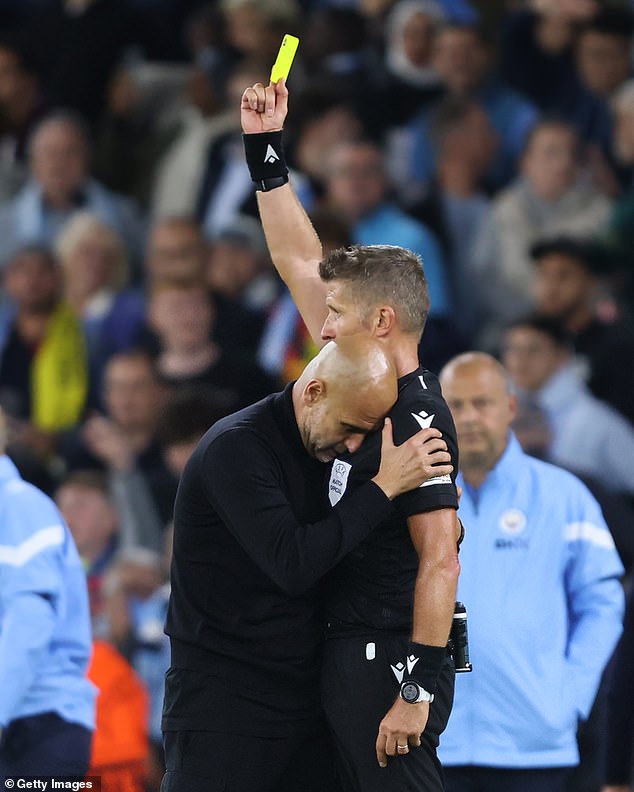 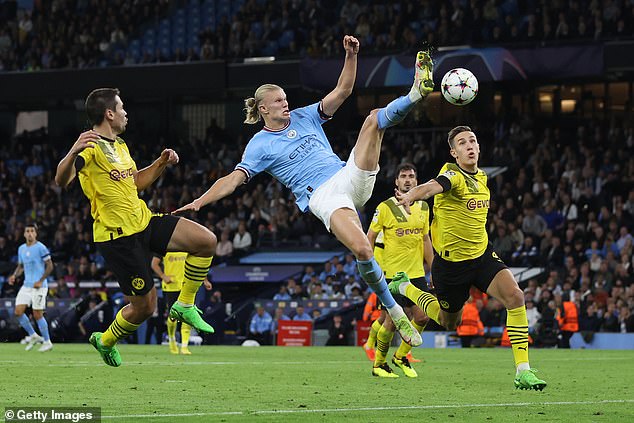 ‘Pep is hilarious I love him,’ one supporter wrote.

‘LOOOOL Pep was giving the ref so much verbal until he saw him go for his pocket and he try apologise,’ another added.

‘Pep Guardiola has to be one of the strangest characters in football,’ a third said.

But other fans simply could not understand why Guardiola had a go at the match official despite City claiming victory.

‘Come on Pep, leave ref,’ one wrote on Twitter. We have won.’