‘After our result (on Sunday) it was important’: Pep Guardiola delighted with Man City’s win over Burnley in wake of Leicester drubbing as he hails ‘fantastic’ Raheem Sterling for scoring two goals playing as a striker

Pep Guardiola was pleased with Manchester City’s response as they bounced back from their weekend hammering to brush off Burnley 3-0 in the Carabao Cup.

City slumped to a 5-2 loss at the hands of Leicester on Sunday – the first time a Guardiola side has conceded five goals in the Spaniard’s glittering managerial career – but it was a different story at Turf Moor.

Guardiola named a strong side and saw them ease into the quarter-finals of a competition they are bidding to win for a fourth successive season with two goals from Raheem Sterling and another from Ferran Torres. 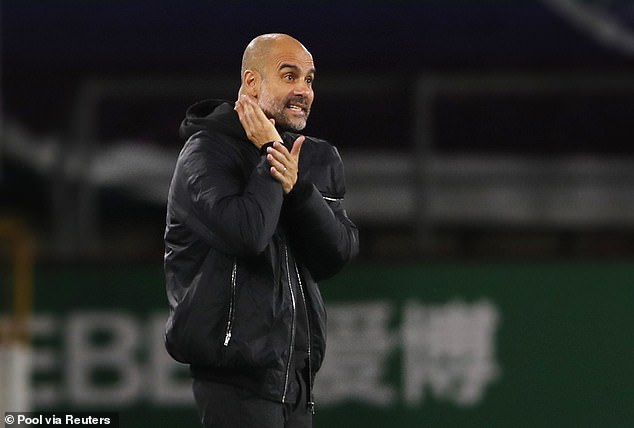 Guardiola said: ‘For the rhythm, these players wanted to play. It was a good response, this competition is special for us, the Carabao Cup. After our result (on Sunday) it was important.’

Guardiola also praised Sterling, who spent most of the game in a central attacking role, and could easily have had a hat-trick but for a fine display by Burnley goalkeeper Bailey Peacock-Farrell.

With Sergio Aguero and Gabriel Jesus out injured, it was a performance that impressed Guardiola. 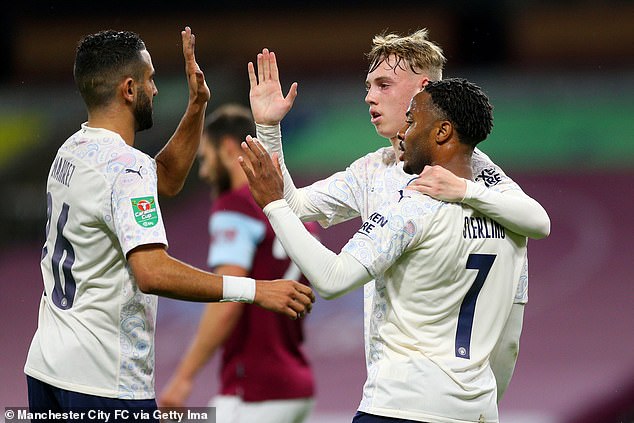 He said: ‘Yes we are without strikers. Wherever he plays – winger, striker – I’m incredibly delighted and happy.

‘When I arrived I was convinced he had incredible qualities and could play every three days, with his recovery and mentality to improve. He is a fantastic guy and a fantastic footballer.

‘He’s improved a lot since we arrived. He played really well. His finishing – he knows he can do it more but I think he grew up a lot. It’s important for the team with all the problems we have have up front.’

Guardiola was also pleased with the work of Torres, whose goal was his first since his summer move from Valencia. 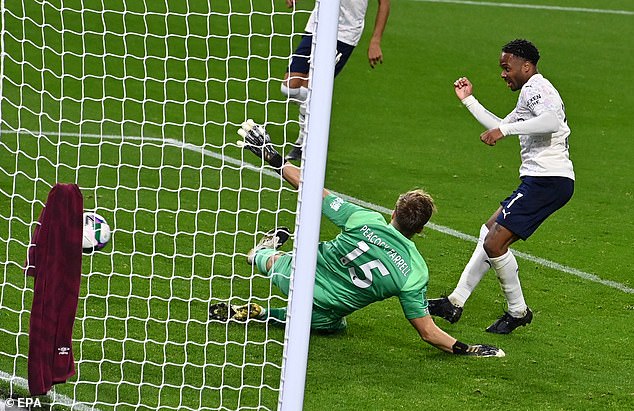 He said: ‘He still needs a little bit of time but it is important to have him involved. For his confidence, scoring a goal was important.’

Guardiola added that Oleksandr Zinchenko, whose future has been the subject of speculation, missed the game through injury.

‘He was recovered but got injured again in the training session and will be two or three weeks out,’ Guardiola said.

Asked if the Ukrainian would be staying at the club, Guardiola said: ‘I think so.’

It was a tough night for the Clarets but manager Sean Dyche found positives in the performance. 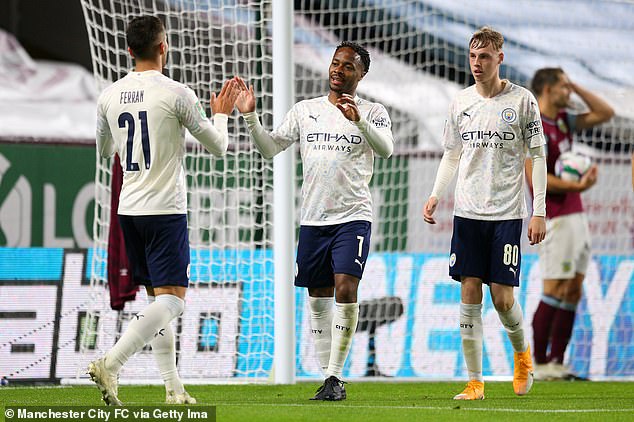 He said: ‘We were playing a top side, a strong side. They hurt us in the critical moments, as teams like this do. There were too many turnovers in critical areas.

‘The positives for us are Ashley Barnes was out there, Tarky (James Tarkowski) was back and Bailey-Peacock is developing all the time. I’m pleased for him. He’s conceded three but come off the pitch having played really well.

‘I scratch my head how we can’t get penalties. They tell me about these soft touches and when I ask they say there was contact. Yet when it’s our players it’s never enough contact.

‘But, I must make clear, that doesn’t mean we’d win the game. They’re a top-class side.’ 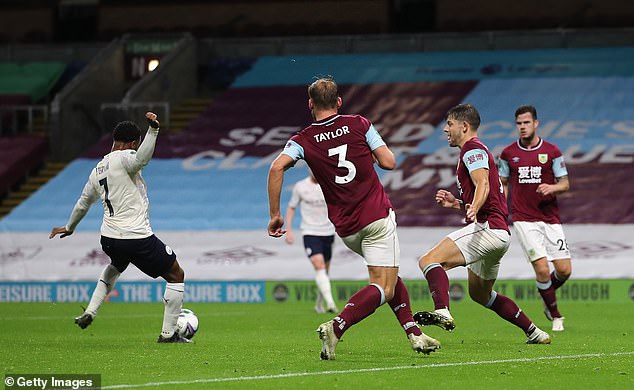