New Chelsea signing Hakim Ziyech has been tipped to ‘destroy’ the Premier League when he finally arrives at Stamford Bridge. The Moroccan midfielder agreed a £33.4million move from Ajax in January and is due to join up with Frank Lampard’s squad this summer.

The coronavirus crisis has cast doubt over when Ziyech will actually be able to pull on a Blues shirt for the first time, with the current Premier League season due to be extended throughout the summer.

But the 27-year-old will make a huge impact when he eventually turns out for his new club, according to Ajax stopper Andre Onana.

The Cameroon goalkeeper, who has been touted for a move to Chelsea himself in the upcoming transfer window, believes that Ziyech has what it takes to be a success in the English top flight.

Speaking to Dutch outlet NOS, Onana said: “When he leaves [Ajax], we will lose the most brilliant player on the team. It will not be easy. 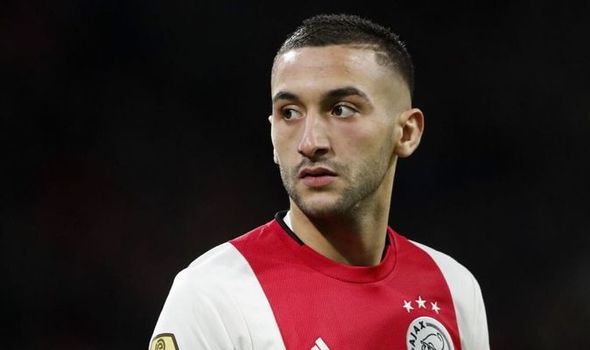 “He was already here when I got here. I can understand why [he is leaving]. I understand his choice.

“I am happy for him and proud of what he has done for this club. I wish him the best of luck. He’s going to destroy everything [in the Premier League].”

Ziyech and Onana were both part of the exciting young Ajax squad that stormed to the Champions League semi-finals last season, only to be dumped out after Tottenham completed a stunning turnaround from 3-0 down.

Frenkie de Jong and Matthijs De Ligt both moved on last summer, to Barcelona and Juventus respectively, and now it looks like more of the golden generation are off to pastures new.

Ziyech’s departure is already confirmed but Onana has been linked with several top sides around Europe while Donny van de Beek is attracting attention from Manchester United.

Ziyech’s spell in Amsterdam finished on a disappointing note after the decision was made to curtail the Eredivisie without a champion, meaning Ajax missed out on the title despite being top of the table on goal difference.

The playmaker will hope to make up for that frustration by helping Frank Lampard’s youthful Chelsea outfit bag some much-needed silverware over the next few seasons.

The Blues boss is expected to overhaul his squad this summer as he builds for the future, having laid the foundations this term by blooding the likes of Tammy Abraham, Mason Mount, Reece James and Billy Gilmour. 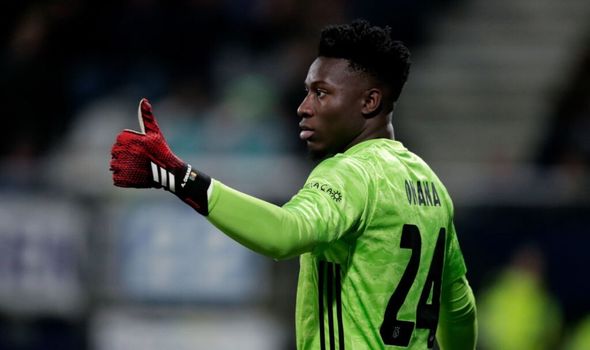 A new striker is expected to arrive in an attempt to ease the goalscoring burden on Abraham while Jadon Sancho has been identified as a priority target with Willian and Pedro both out of contract.

Meanwhile, a left-back is required with both Marcos Alonso and Emerson Palmieri having been linked with moves away from the club.

Chelsea could also welcome a new goalkeeper, depending on whether Kepa Arrizabalaga stays at the club.

Olivier Giroud could well have done enough to earn a new deal but Michy Batshuayi is likely to depart while the likes of Davide Zappacosta, Danny Drinkwater, Alvaro Morata and Tiemoue Bakayoko are all expected to leave.