Peter Crouch fears Harry Kane will quit Tottenham after Jose Mourinho’s side were sent crashing out of the Europa League by Dinamo Zagreb. Former Spurs striker Crouch says Kane and Son Heung-min deserve to be playing in the Champions League, and claimed the current side are ‘miles away’ under Mourinho.

Tottenham had a two-goal lead going into Thursday’s clash in Zagreb, but blew their advantage as Dinamo’s Mislav Orsic completed a stunning hat-trick.

With it they squandered the chance of a first trophy under Mourinho, as well the opportunity to qualify for next season’s Champions League.

Following their North London derby defeat to Arsenal at the weekend, Spurs are six points behind fourth-placed Chelsea in the Premier League – and facing a struggle to qualify for Europe’s top club competition for next season.

And Crouch fears players like Kane and Son will leave the club with their chances of playing at the highest level looking bleak. 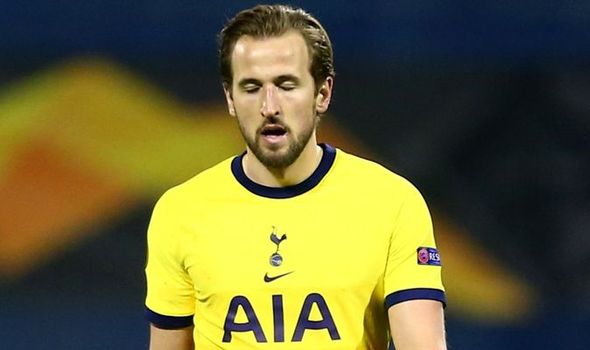 “The last two games, tonight and the derby [defeat to Arsenal], their season is hanging by a thread,” Crouch told BT Sport.

“Look at Harry Kane. He’s a Champions League player – he shouldn’t even be in this competition. [Kylian] Mbappe, [Erling] Haaland, [Lionel] Messi, [Robert] Lewandowski – he’s on their level.

“He is a Champions League player, but he has gone out to Dinamo Zagreb and that is the worrying thing.

“Where is his head at? Not just the manager, but those players, Son, Kane, they deserve to be playing at a higher level than the Europa League.” 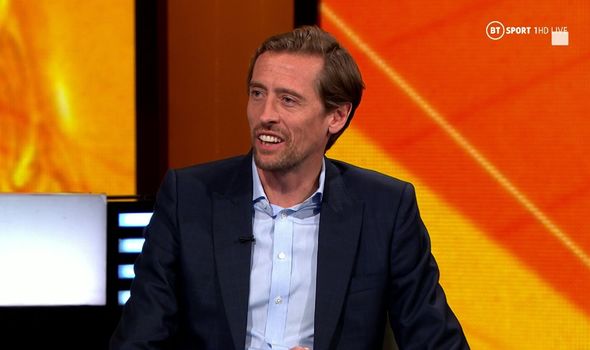 Thursday’s defeat piles the pressure on Mourinho, who can still bring silverware back to Tottenham Hotspur Stadium when his side face Manchester City in next month’s Carabao Cup final.

But Crouch said fans should be more worried about Kane than the manager as he commented on the England striker’s body language following the humbling in Zagreb.

“Look at Kane now, trudging off with his held bowed,” he said. “Never mind Mourinho, he [Kane] is at a real career crossroads now. He should be playing at the very top.”

On Mourinho, Crouch added: “He’s been brought in to win a trophy, but if he does it, it’s job done in a sense, given their wait.

“It could be a stepping stone. But they’re miles away from that and a top-four finish and questions will be asked first.”