Harry Maguire was proud of the way England came through a testing night in Hungary and put Gareth Southgate’s side in a “great position” to reach next year’s World Cup.

Just 53 days after the heartbreaking penalty shoot-out loss to Italy in the European Championship final, the Three Lions were back in action as they resumed qualification for Qatar 2022 in Budapest.

England had maximum points from their three Group I matches in March and any fear of a post-Euros hangover was extinguished emphatically as they ran out 4-0 victors at the Puskas Arena.

Maguire said in the build-up that Thursday would be a big mental test after the summer – one they passed impressively on a night when Raheem Sterling and Jude Bellingham were subjected to racist chanting. 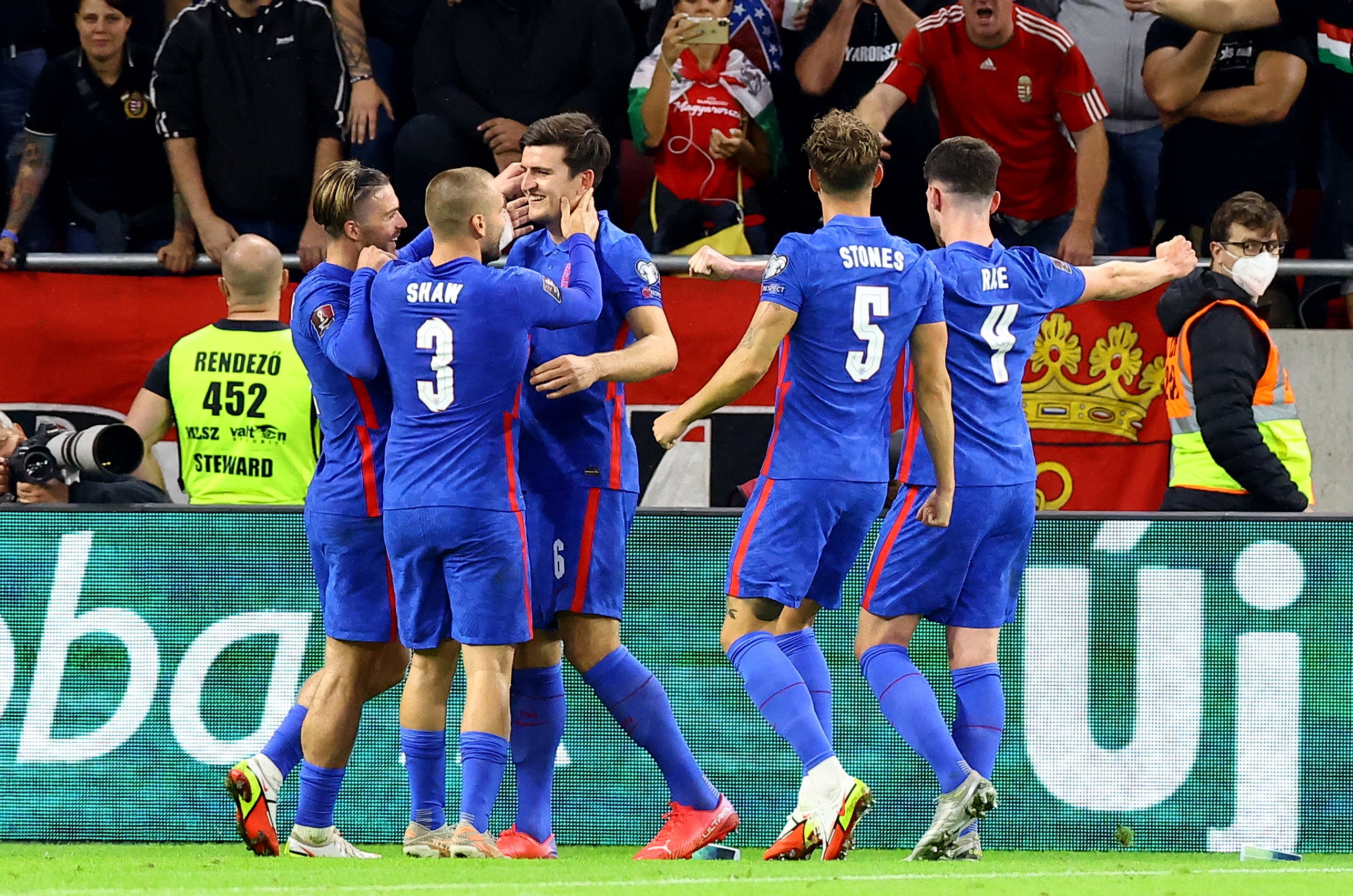 “We knew the mentality of this squad would be tested,” the defender said.

“Obviously such disappointment in the Euros final and then to come back here we knew we had a job to do. We knew what we have to do.

“We have to qualify for Qatar and give ourselves another opportunity of playing at a major championship and that’s what every young boy dreams of.

“We’re in a great position now. It’s not done, we’ve got a big game obviously on Sunday and then another big game on Wednesday where we can really stamp our authority on the group and that’s what we’ve got to do.”

England host minnows Andorra on Sunday as Southgate’s men return to Wembley for the first time since July’s agonising loss to the Azzurri.

The Three Lions then head to Warsaw to take on Poland next Wednesday in a match that can see them take another giant stride towards the World Cup.

Nearest rivals Poland and Hungary are both five points behind England in the standings, with the latter unable to get near the level they showed in the so-called ‘group of death’ at the Euros.

“We knew they’re a really resilient side and obviously with the crowd behind them as well, so we knew it would be a tough game.

“If you looked at the results that they had in the Euros at half-time, I think they were leading in two games and drawing in the other so we were happy with where we was at half-time.

“We knew that we could take it up a gear, we knew that we’d worn them down in the first half and we knew the chances would come and when they come, we took them.”

Sterling, Harry Kane, Maguire and Declan Rice scored in a mightily impressive second-half display that was played out to a despicable backdrop. 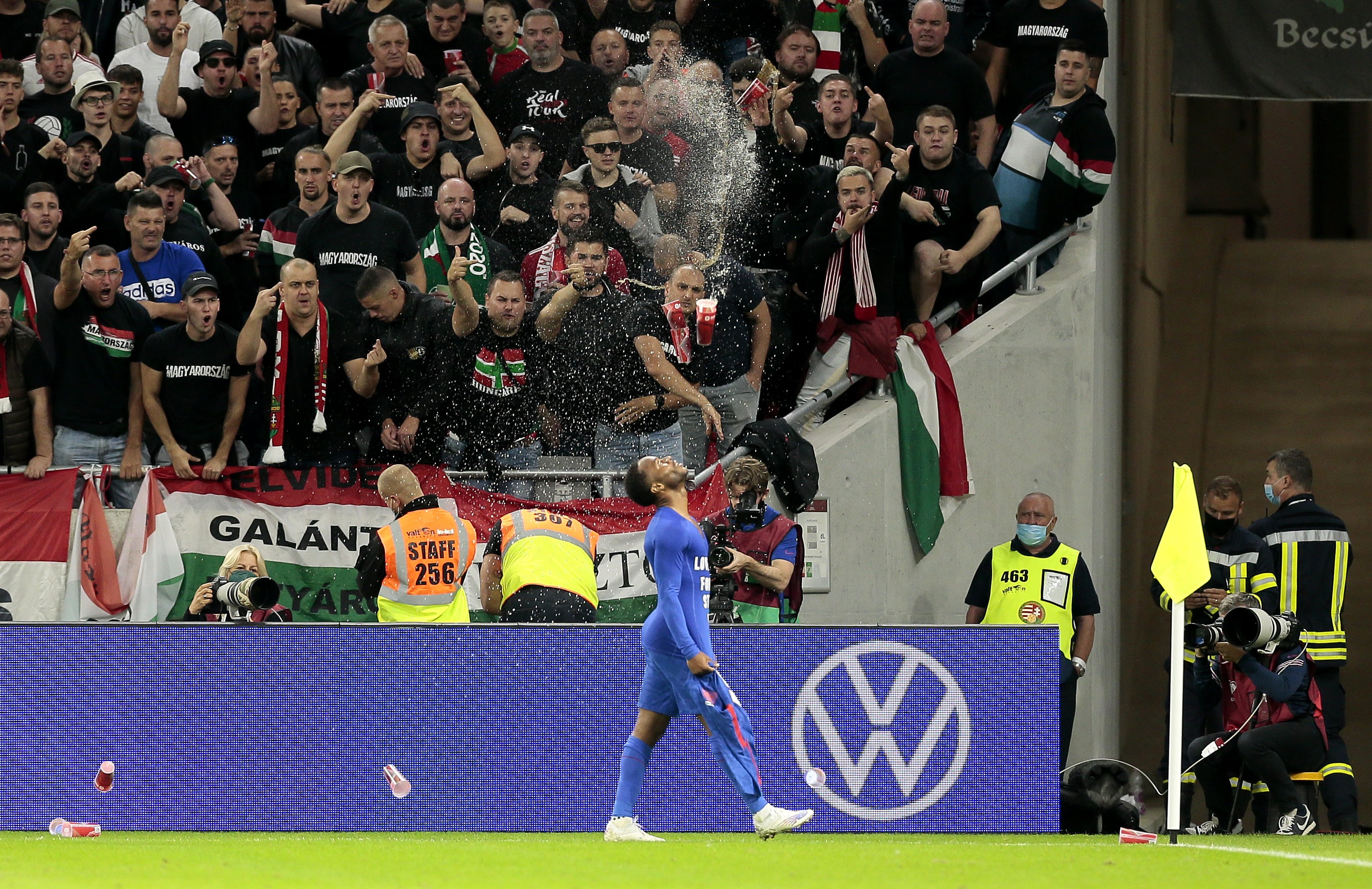 Monkey chants were aimed at Sterling and substitute Bellingham on a night when missiles were thrown at England players.

“I’ve spoke to a couple of lads in there,” Maguire said after the match of the racist chants. “I didn’t hear them myself so I’m not really one to comment on that. Obviously if it did happen I’m really disappointed.

“I haven’t spoken to the rest of the lads, I’ve spoken to three or four lads. No-one heard them.

“I don’t know if we were so focused or so in the zone and obviously you guys in the crowd or on the TV can hear them a little more clearly, so I can’t really comment on that. 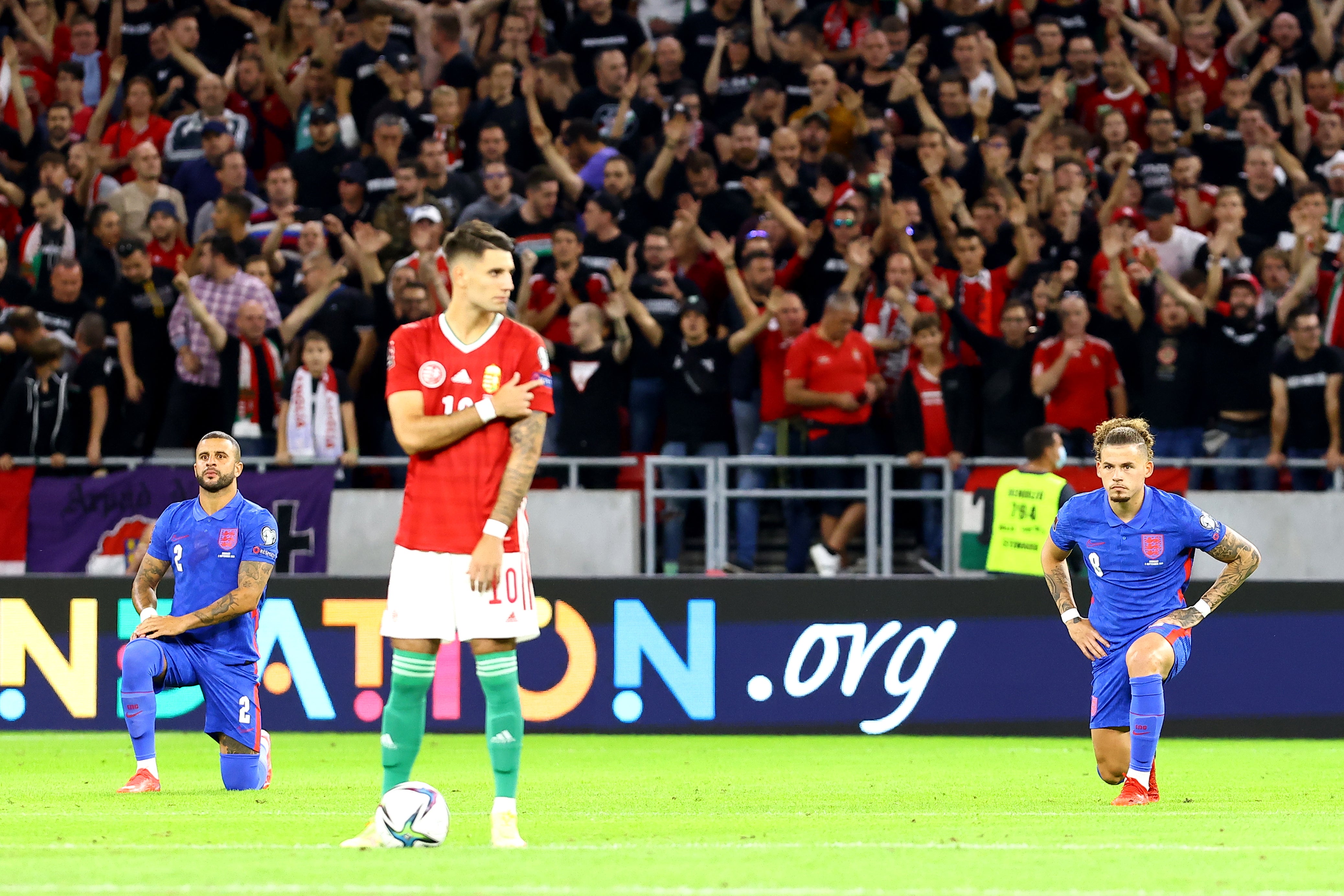 “But if it did happen then I’m extremely disappointed.”

While Maguire did not hear monkey chants, he could not miss the deafening jeers that followed England taking the knee in their familiar pre-match stance against racism and discrimination.

“It was disappointing to hear the boos when we took the knee but, listen, it’s happened in previous games,” the Manchester United captain added.

“I think we knew what we expected. It’s disappointing but I am happy all of the boys stood by it and we did that in the end.”