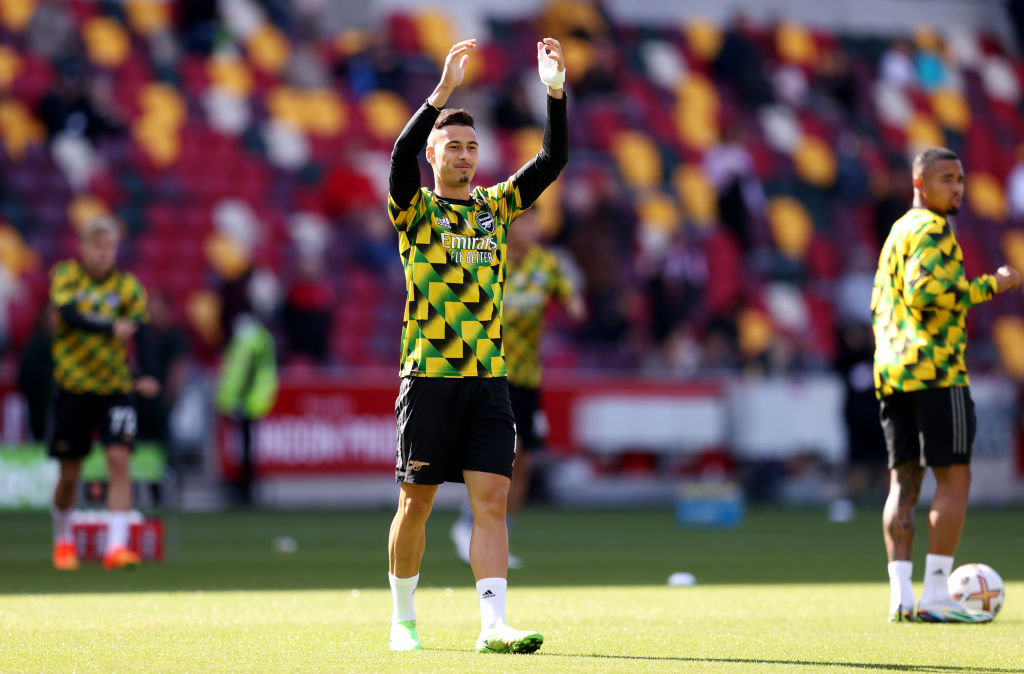 Arsenal boss Mikel Arteta says Gabriel Martinelli is ‘a different player’ from just 12 months ago and has made ‘incredible’ progress in the last year.

The Brazilian starred in Arsenal’s 3-0 win against Brentford in north-west London on Sunday as the Gunners got back to winning ways.

The three points means Arteta’s side are back on top of the Premier League table and the victory was a fine response to those that had criticised the team’s fighting spirit after their defeat against Manchester United a fortnight ago.

Martinelli joined the club at a tumultuous time but he was one of the shining lights as the club emerged from the Unai Emery era.

He’s taken his game to the next level under Arteta and the Brazilian’s now a regular in the starting XI.

Arsenal’s victory on Sunday came just 13 months after they were humbled by the Bees on the opening day of the 21/22 season.

And Arteta says that Martinelli is a symbol of the progress that the club has made over the last year, with the Brazilian looking a ‘different player’.

‘In a year, if you look at the game that he played here a year ago and today, it’s just incredible how fast they grow,’ said Arteta.

‘They mature, they recognise situations, execution level, the understanding and even physically he looks a different player. I thought he was really good again today.’

William Saliba opened the scoring against the Bees and Gabriel Jesus scored his fourth of the season shortly after to double the side’s lead.

Any hope that the home side had of getting back into the game were killed when Pablo Vieira scored from long-range on his full debut for the club.