From making his first ever scrambled eggs to binging Downton Abbey, flicking through old pictures and setting himself the challenge of learning to tie a tie… how Liverpool boss Jurgen Klopp is passing the time in lockdown

Learning a new trick, watching TV and reminiscing about old times has been key to keeping Liverpool boss Jurgen Klopp entertained during the coronavirus-enforced lockdown.

Despite these trying times, Klopp was as exuberant and charming as ever as he lifted the lid on how he’s been filling his time at home.

Klopp revealed he watched YouTube videos of Liverpool lifting the Champions League trophy last season and sent it into the players’ WhatApp group chat and also ordered himself a new running watch.

But learning new things is what has taken up most of Klopp’s energy and time in recent weeks. 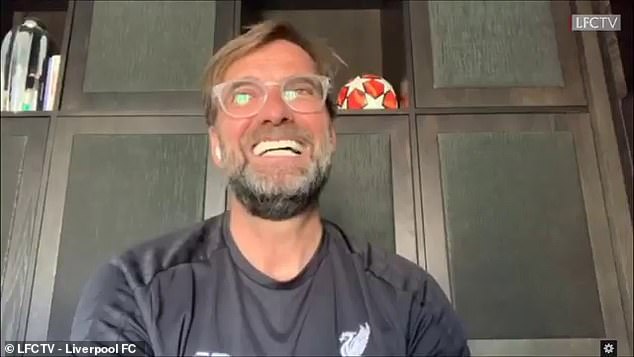 Speaking to LFTV, Klopp said: ‘There’s not a lot of good things at the moment, but it has given me time to do a lot of things, different things. I have learned a lot of new things in this period. I am in charge of the dishwasher, which is nice actually, I am the master of that little machine now and I did my first scrambled eggs.

‘I was impressed by the scrambled eggs but I haven’t had the opportunity to make another, but the challenge for next week is, I am 52 now, but I cannot tie a tie but next week we will learn to tie a tie.

‘After this week I will know how to tie a tie, that is the challenge. And it will probably take a whole week because my hands are completely useless usually so it should be funny.’ 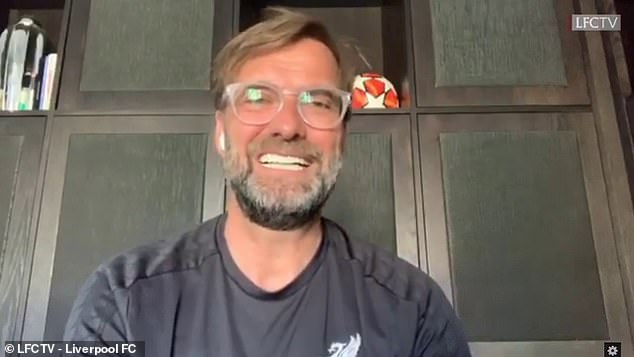 Klopp admitted he normally likes to watch ‘silly films’ like Waterboy and Dumb and Dumber but the Liverpool boss has used this time to step out of his comfort zone and get his teeth into something a little different.

He added: ‘My other son is here with us, he was here when the lockdown started so he is still here and every night one of us is in charge of the remote control.

‘We watch a lot of Downton Abbey. I never watched the Marvel movies before but I watched Ironman and stuff like this, which I enjoyed as well, it’s a nice popcorn movie and you don’t have to concentrate too much.’

This period of isolation has also given Klopp time to reflect and he has been spending a lot of time speaking to old friends on his phone, which he admitted has ‘surprised them how much I’m on it’. 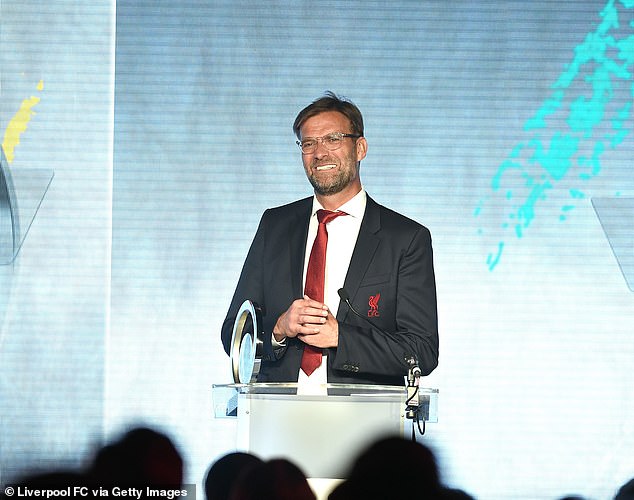 ‘We have a class mates group and because I don’t have any pictures here, they are all at my mother’s house, I never thought about getting them,’ Klopp said.

‘But my cousin, who was in my class with me, she started sending baby photos of me and then I asked in the class mates group if they had any more and then there were sending them in like crazy.

‘I had a wonderful day to be honest. I was laughing so hard, a lot of nice memories came up and it was a wonderful thing to do and now I have all these pictures, which is nice.

‘I looked crazy strange when I was young as well. It will be a big laugh for some, in hard times if people can laugh about that, then I’m happy about that, no problem.’