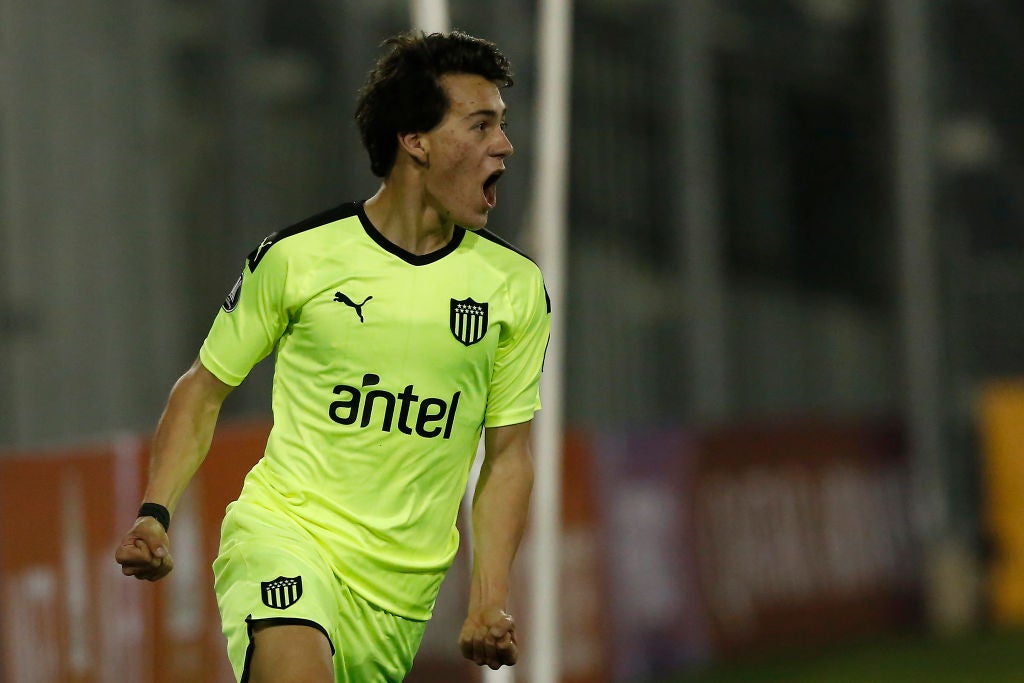 While Penarol vice-president Rodolfo Cantino added: “Everything was agreed, even the form of payment. There are two payments, one now and the other in July 2021, which we accept because Manchester are a front-line club.”

The Uruguayans had hoped to take the player back on loan, given his age and need for game time.

But the plan is for Ole Gunnar Solskjaer to use the player immediately, with the club knocking back that request and insisting that Pellistri would go “straight into the first team”.

“Of course we asked for it [a loan deal],” added Cantino. “We tried in every way but they argued that they wanted the player now.

“It’s normal, when an European club buy a player, they travel immediately.”

United even went as far as to confirm that Pellistri was remaining in the bubble so as not to contravene Covid-19 protocol and delay his availability following the move.

Gonzalez added: “Pellistri goes straight to the first team. Going to play. In the negotiation they asked me if I could guarantee them if he was in the bubble because they need him. Then it will be a matter of the manager if he uses him.”