Cristiano Ronaldo struggled in early encounters against Pep Guardiola’s all-conquering Barcelona… but from 2011 the Manchester United superstar has had the upper hand over the Spaniard – and his record against City isn’t too bad either!

He’s one of the great tactical minds of his football generation, but Pep Guardiola still knows he has a massive preparation job to stop Cristiano Ronaldo in Saturday’s Manchester derby.

When asked on Wednesday night about how he is planning for the Old Trafford showdown, the Manchester City boss said: ‘They have one of the best players in history, a guy who can be a scoring machine.’

But Guardiola has been in this position many times before, with Ronaldo and the Spanish manager being on opposite sides of the fence for the past 13 years. 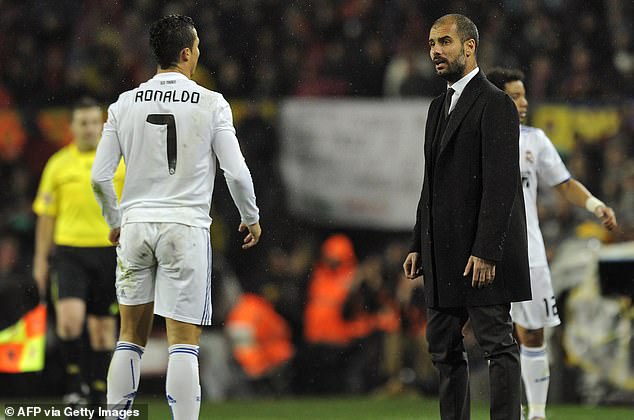 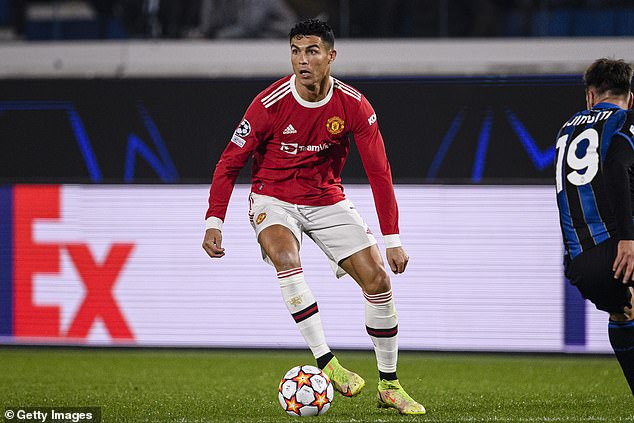 The Portuguese forward was Guardiola’s main man to stop when the iconic coach was in charge of Barcelona and Bayern Munich –  a rivalry that Guardiola very much dominated during his early days.

In fact, it was a complete domination in the early years. Guardiola stopped Ronaldo, or any of his team-mates at Manchester United or Real Madrid, from scoring in their first four meetings.

Their first encounter came in the 2009 Champions League final between Barcelona and Manchester United, which ended up being Ronaldo’s final match in his first Old Trafford stint.

Dressed up at the Portuguese forward’s last hurrah at United, it was Lionel Messi who shone in a 2-0 win and Guardiola’s Catalans picked up an iconic treble. Ronaldo, as expected, jumped ship to Real Madrid in a bid to wrestle with Guardiola’s dominance over Spanish football.

A battle which Ronaldo continued to struggle with to begin with. Guardiola’s Barcelona thrashed Real Madrid in the Clasico for the next three encounters. Ronaldo could only look on in disappointment as the Catalans won 1-0, 2-0 and then 5-0 between 2009 and 2010.

But in 2011, a year where Barcelona and Real Madrid met five times, Ronaldo began to level out the rivalry. His first Clasico goal came in a 1-1 draw at the Santiago Bernabeu on April 16, with Ronaldo then scoring the winner in the Copa del Rey final against Barcelona just four days later – the Portuguese forward’s first scalp over Pep. 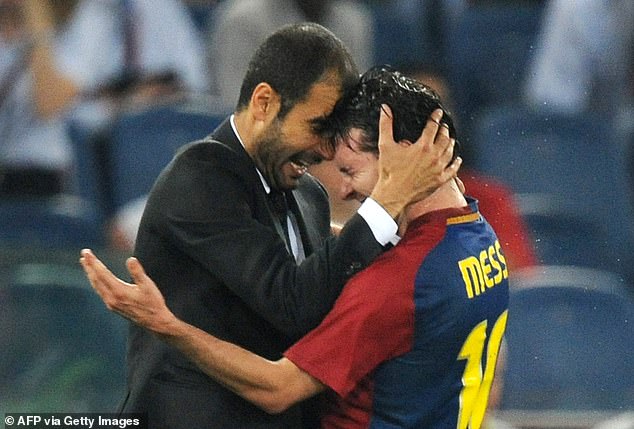 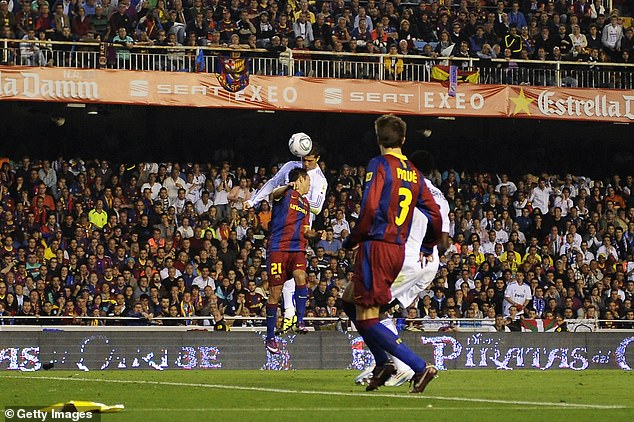 Then the pair met in the Champions League semi-finals later that season and back came Guardiola with two more Ronaldo shutouts, with Messi underlying his dominance over the Portugal winger with two wondergoals in the Bernabeu leg.

The 2011/12 season was Guardiola’s final campaign at the Camp Nou and ended up being the pinnacle of his rivalry with Ronaldo. The Real Madrid winger managed to get through the Catalans’ three times in six games – including a 2-1 LaLiga win at Barcelona but Pep’s men defeated Los Blancos in the Super Cup and Copa del Rey.

Overall in Spain, Guardiola won the majority of the encounter but Ronaldo made things difficult for the Spaniard by finding a way through to goal.

Perhaps that is why – when the pair reunited for the 2013 Ballon D’Or ceremony – Guardiola snubbed a handshake from Ronaldo, who looked bemused after the minor altercation. 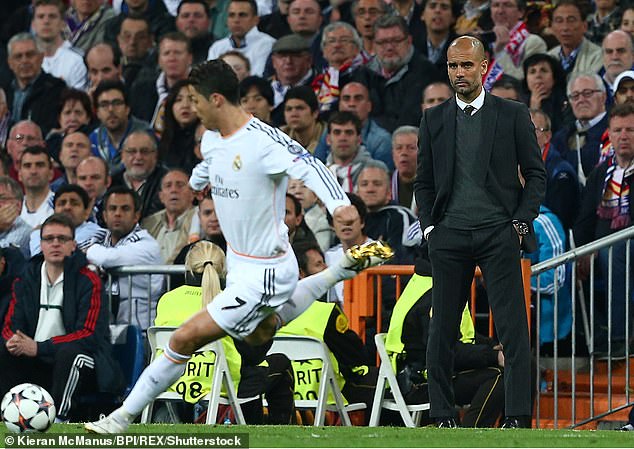 Or perhaps Guardiola foresaw that his darkest day against Ronaldo was coming. The Spaniard led Bayern Munich to the Champions League semi-finals during his first season there in the 2013-14 campaign, where they were paired with Real Madrid.

Bayern had defeated Portuguese side Benfica in the quarter-finals, with Guardiola goading Ronaldo before the semi-final clash by claiming the Real Madrid man was desperate for the German giants to lose their last last eight encounter.

‘I know Cristiano wanted Benfica in the semi-final. I’m sorry for him,’ said Guardiola – but Ronaldo would have the last laugh.

The second-leg at the Allianz Arena was the Cristiano Ronaldo show. Ronaldo scored twice in the second-leg encounter to claim a 4-0 second-leg win and 5-0 on aggregate overall. It was the closest Guardiola got to winning the Champions League at Bayern, but Ronaldo wrecked it. 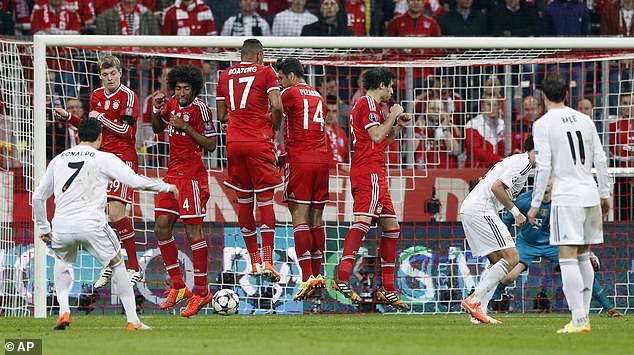 Since Guardiola moved to Manchester City in 2016, his rivalry with Ronaldo has continued. Several comments about Messi being the best in the world would have irked Ronaldo, but Guardiola’s declaration that Bernardo Silva was Portugal’s ‘biggest star’ in 2019 was his most brutal quip.

‘He is the biggest star already, he already has everything,’ Guardiola said. ‘He is a lovely person. He never makes a bad face. He’s the guy in the locker room who is most loved.

‘I think, this season, he is one of the best players in the Premier League. He is a joy for a manager. I am a lucky guy to have Bernardo in my hands, in every training session and every game. I love him. Simple as that.’

Now Guardiola and Ronaldo are back in the same league and their rivalry can reunite, but the Manchester City boss should be aware that the United winger has an excellent historical record against his club.

Ronaldo won his first two Manchester derbies at United, playing a crucial role in the second by getting a goal and an assist in the FA Cup fifth round triumph over City in 2004. 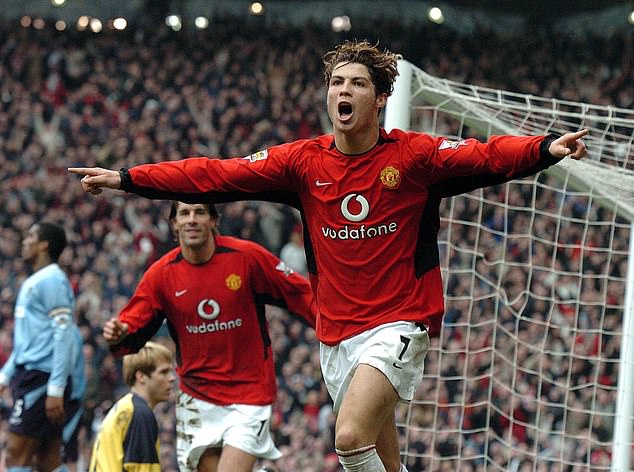 Ronaldo also has a good history in Manchester derbies, with seven wins from 11 matches 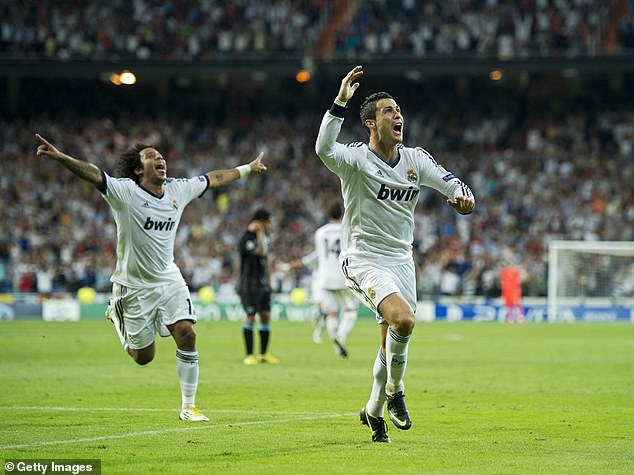 He also netted in his most recent Manchester derby – a 2-0 win at Old Trafford in 2009 on the way to the Premier League title. The United icon also scored in both clashes during the 2006-07 season, with the Red Devils winning the league that year as well.

Ronaldo has also hurt City while at Real Madrid too, scoring a 92nd-minute winner in the Champions League group stages back in 2012.

There have been negative experiences against City too, most notably two red cards at the Etihad Stadium in 2006 and 2008, the latter being for deliberate handball in a 1-0 win.

But while Ole Gunnar Solskjaer’s United are not in the best of form at present ahead of Saturday’s Manchester derby, but the Red Devils have the player with solid experience of hurting Guardiola and City. Expect fireworks. 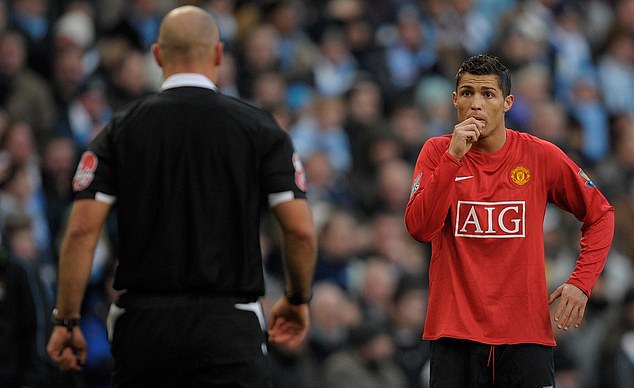