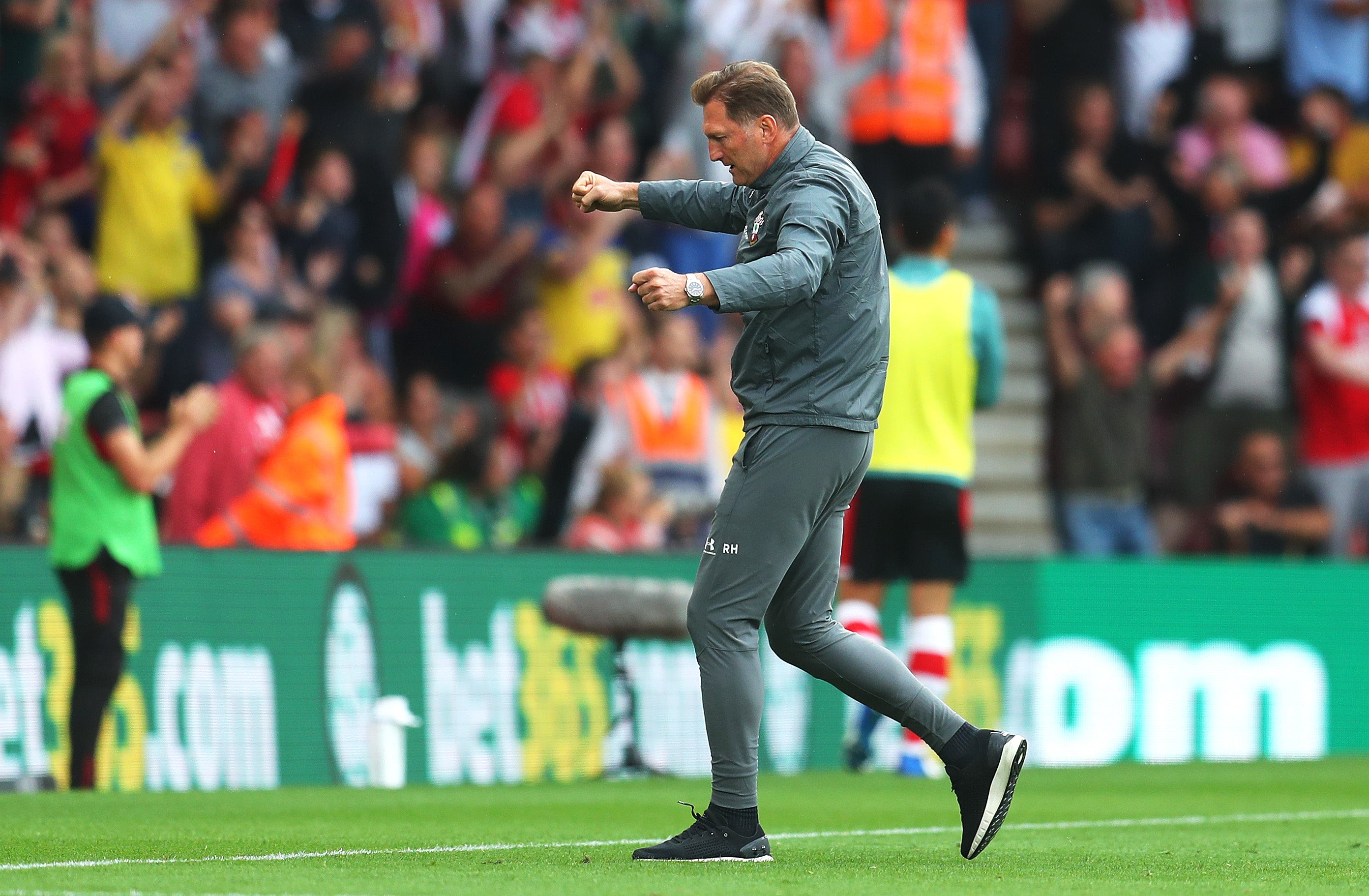 Many fans have warmed to Hasenhuttl, who has shown his tactical prowess over the last year

“He stopped tinkering with the side,” says Dodd. “All of a sudden, you had the same players playing together week-in, week-out. You had attacking players getting to know each other’s games far better, the link-up play improved, the goals started coming. He also didn’t seem to know his best centre-half pairing, he was unsure about his team. Now he has nailed it down, you’re seeing the results.

“All credit to Southampton that they have given him the time to do it.”

Most Saints fans simply refer to their manager as ‘Ralph’, which gives you an indication of the warmth of the relationship between the supporters and the former RB Leipzig boss. And if there were more than a few question marks over whether the players were buying into his philosophy after that Foxes humbling, they have been swept aside.

“I think you saw the difference in the team almost immediately,” says Baker. “I went to the Etihad the following weekend and there was a completely different attitude from the players. There was a real sense of togetherness.”

Southampton lost that match 2-1 to Manchester City – with goals from Sergio Aguero and Kyle Walker cancelling out a James Ward-Prowse opener – but the performance was the polar opposite of the one proceeding it.

After New Year dawned, Hasenhuttl’s reborn side lost six matches – post-lockdown they suffered just one. From nailed-on certainties for relegation, the club finished the season in 11th place, 18 points clear of the drop.

It’s form that they’ve carried into the new campaign, and three points against Steve Bruce’s side would carry Southampton’s fans – regrettably absent from the ground – into dreamland.

,“There were a few times when we broke into the top three but I can’t honestly remember the last time the club was top,” says Dodd. “The turnaround has been incredible. It’s not just the results, though, it’s the performances, too. In the last two matches, they’ve been fantastic.”

In many ways, the football introduced by Hasenhuttl is a throwback to the days when the likes of Matt Le Tissier, Rod Wallace and, fleetingly, Alan Shearer, used to pulverise sides within the tight and intimidating confines of the Dell. It’s certainly light years away from the stultifying performances witnessed under the likes of Claude Puel and Mauricio Pellegrino.

The visit of any Newcastle side also brings to mind Le Tissier’s bewitching double-strike against the same side in October 1993.

Most Saints supporters would probably settle for a tight 1-0 win against the same opposition on Friday night. Whatever happens, one thing is clear: since that defeat against the Foxes, this Southampton side have earned their stripes.