How Thomas Tuchel has turned N’Golo Kante into ‘one-and-a-half men’ again: Chelsea boss’s clever management has allowed his little star to put 18 months of injury woe behind him and dominate the midfield once more

In the 94th minute at Stamford Bridge on Wednesday night, N’Golo Kante was doing what N’Golo Kante does best.

Defending an Atletico Madrid throw-in deep inside his own half, the Frenchman acted once again as a screen, protecting the back four as he rose to nod the ball down to Callum Hudson-Odoi and quell any imminent danger.

With the ball fed through to Christian Pulisic, Kante decided the American may need some support. embarking on a lung-busting run from one box to the other, drawing the attentions of the one spare defender and creating the space for Emerson, who fired home having been afforded the freedom of the Atletico penalty area. 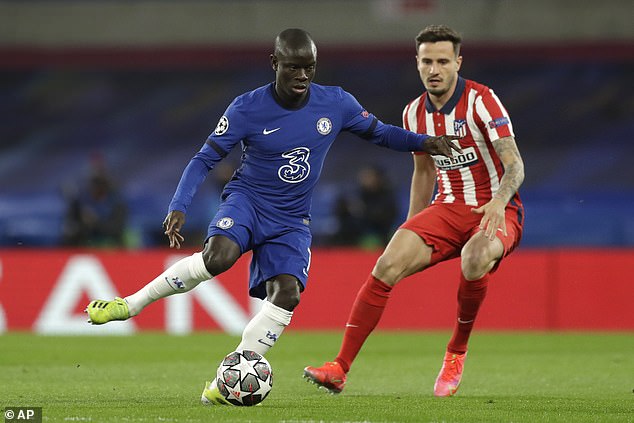 ‘If you play with N’Golo you play always with one and a half, half a player minimum more. It’s incredible,’ he told Chelsea’s in-house television channel after the game.

It is an appraisal of the diminutive midfielder that you would fully come to expect, though admittedly not recently.

Over the past 18 months, injury has ravaged his involvement in a blue shirt. Having been run into the ground by Antonio Conte and Maurizio Sarri, cracks began to appear in his fitness. 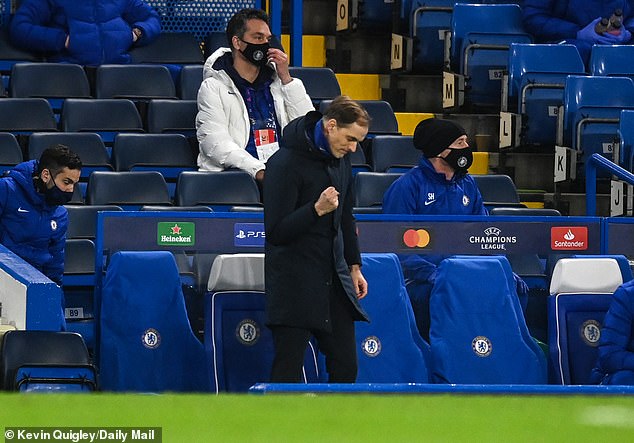 Starting the 2019 Europa League final with a knee injury that had appeared to rule him out, the over-reliance on his presence saw his form and playing time diminish under Frank Lampard.

Ankle, groin and hamstring injuries saw him miss sizeable chunks of Lampard’s first season – as he started just 20 of their 38 Premier League clashes. He had failed to start just two the previous season.

Appointed in January this year, Tuchel identified early on that a fully-fit Kante was key to turning round the club’s fortunes on the pitch.

Instead of cementing him into his preferred starting line-up, Tuchel eased him back in after returning from a hamstring injury.

He also made it clear to Kante that he would not be called upon for every minute of every game. 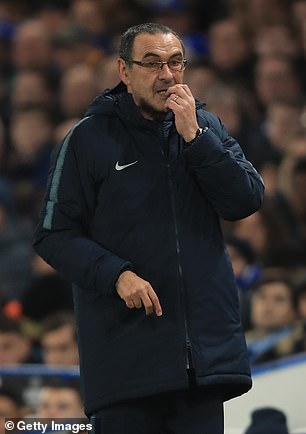 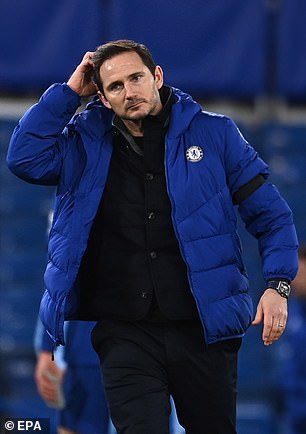 Kante was heavily relied upon by Sarri (left), and struggled with injury under Frank Lampard 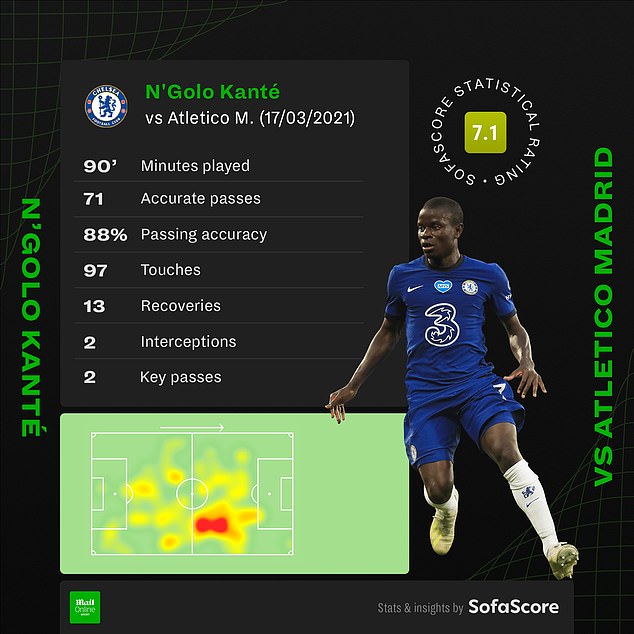 Stats and graphics provided by SofaScore. Click here to visit their site for more insight

As explained by ESPN’s Julien Laurens: ‘Not long after he arrived at Chelsea, Thomas Tuchel took Jorginho, N’Golo Kante and Mateo Kovacic aside for a chat to tell them that he’d rotate them depending on the game plan, their fitness and the opposition.’

The former Paris Saint-Germain trainer was true to his word. Kante remained on the bench for the 2-0 win over Burnley, before coming off the bench during the next three Premier League clashes against Tottenham, Sheffield United and Newcastle.

There was a start and the captain’s armband in the FA Cup victory against Barnsley at Oakwell, but even in the vital first-leg against Atletico, his contribution came from the bench.

It led to suggestions that a bit part was what Tuchel had in mind for the player he openly courted while in charge of France’s top club. The reality has proved very different. 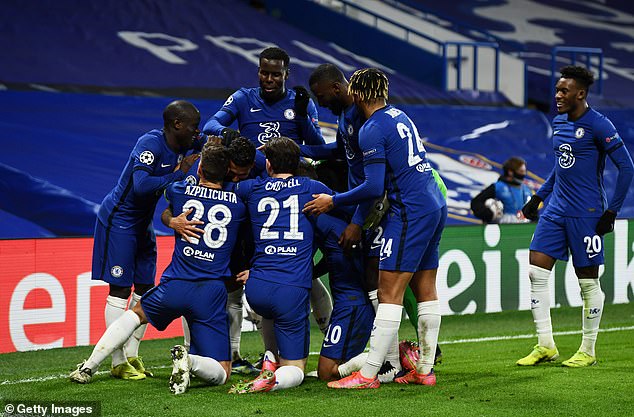 Kante, instead, has proved key in shoring up the Chelsea defence, providing the protection that has seen them concede just twice in all competitions since the German’s arrival. Kante was on the pitch for just one of those strikes – Southampton’s equaliser at St Mary’s.

Since returning to the starting line-up on the south coast, Kante has played 90 minutes in key clashes with Manchester United and Liverpool, as well as victory on Wednesday. There is no doubting he is considered integral to success in big matches.

His performances only serve to back this up. His display against Atletico was by far his best in the Champions League this term, making more passes, enjoying more touches of the ball and making more recoveries than in any of his previous seven outings.

He made two interceptions and even created two chances for his side, proving effective at both ends. 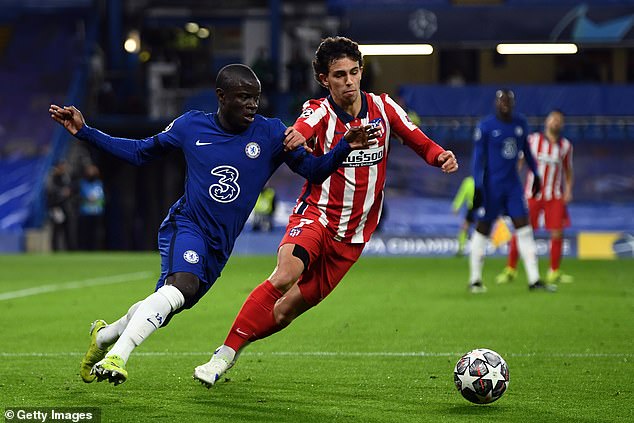 The Frenchman is beginning to feature more regularly, after being left out to begin with

Kovacic, too impressed in the middle of the park alongside him. It was only the third match the pair have started alongside each other under Tuchel, with Jorginho starting alongside the Frenchman for the victory against Liverpool.

The pair may be restored to the centre of the park together on Sunday, when they host Sheffield United in the FA Cup, as they both were for the Blades clash in the Premier League.

What does appear clear, though, is that Kante is the man Tuchel wants to turn to when he needs his midfield firing. His reading of the game is second-to-none, getting his side out of spots of trouble time and again by spotting what others have not.

As Wednesday night proved, Kante is re-establishing himself as the fulcrum of this Chelsea team. A team that once again benefitting from their man-and-a-half. 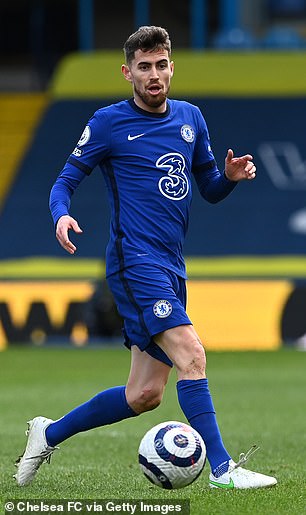 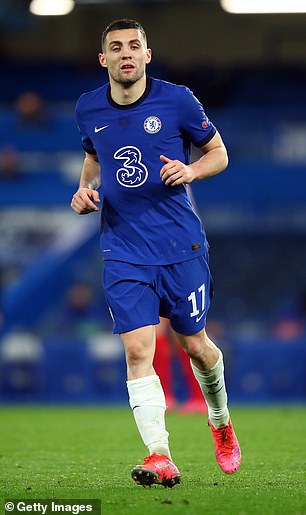 Tuchel let Kante, Jorginho and Mateo Kovacic know that they would be rotated under his watch