Geoff Hurst congratulated Kylian Mbappe as the French superstar became the first player to score a hat-trick in a World Cup final since the England legend in 1966.

Mbappe scored two crucial goals for France in normal time to claw the reigning champions back from two goals behind against Argentina, before dispatching a huge spot-kick in extra-time to force penalties.

Although Argentina ultimately won the World Cup on penalties, Mbappe wrote himself into the history books as the first player to score a hat-trick in the final since 1966. 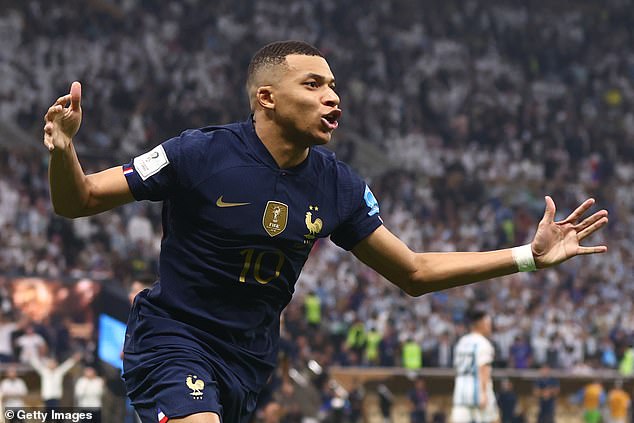 He also became the highest goal-scorer in the history of World Cup finals, having scored once in France’s triumphant 4-2 victory against Croatia in 2018.

Hurst tweeted to congratulate the Frenchman and said: ‘Many congratulations to Mbappe, whatever happens. I’ve had a great run!’

Hurst’s hat-trick sealed England’s first and only World Cup triumph in 1966, as the Three Lions beat West Germany 4-2 in London. 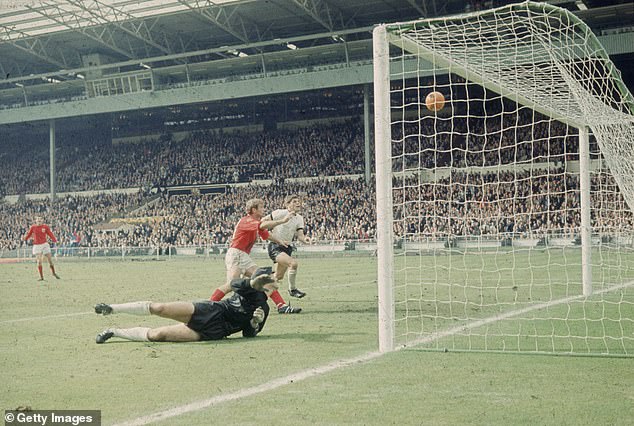 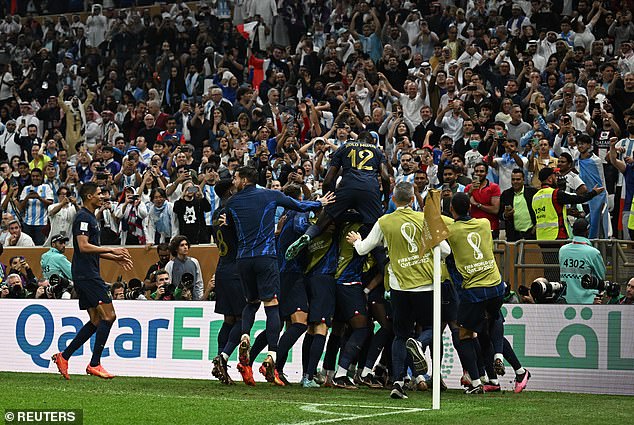 After Lionel Messi edged his side ahead in the 108th minute, netting his second goal of the match, Mbappe rifled home a second penalty in the 118th minute, taking the final to penalties with his hat-trick goal.

Before extra-time, Rio Ferdinand heaped praise on the forward and said: ‘He hadn’t had a touch all game. Then two moments. He had the composure to dispatch the penalty. 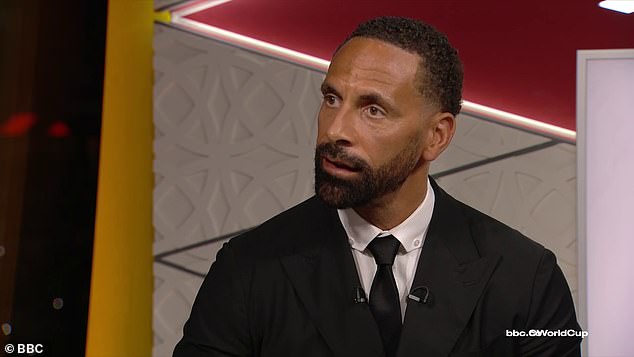 ‘Then the volley, the technique. He wants to be the man to decide games. I hope one of the superstars decide this. It is made for one of those two.’

Mbappe stepped up first and scored his spot-kick in the shootout before two crucial misses from Kingsley Coman and Aurelien Tchouameni handed Argentina their first World Cup triumph since 1986.