Ian Baraclough is keen to use Thursday’s friendly against Ukraine to show Northern Ireland are capable of competing with the best sides in Europe.

While Ukraine are preparing to go to Euro 2020, the fixture will be the last of Northern Ireland’s season after their qualifying play-off final defeat to Slovakia in November.

“We’re disappointed not to be there,” Baraclough said. “We think we’re good enough to be competing for a chance to be at these tournaments.

“We were seven minutes away from a penalty shoot-out (against Slovakia) and we would have been confident of getting through.

“They’re fine margins. It didn’t happen for us. We won’t watch the Euros with any joy but we want to be there next time.”

A fixture against Andriy Shevchenko’s side reminds Northern Ireland what they are missing in more ways than one – it was against Ukraine that they got their only win of Euro 2016 as second-half goals from Gareth McAuley and Niall McGinn secured a famous victory in Lyon five years ago.

“I was back home in Leicester and I think I was taken aback like everybody was by the euphoria around it,” said Baraclough, who was Motherwell manager at the time.

“The Northern Ireland fans, wherever they seemed to travel they seemed to put smiles on faces and lit up the town they were in and it was great to watch from afar.

“I didn’t know at that stage I’d be joining the Irish FA but as soon as the chance was given I was desperate to jump on board.”

Northern Ireland go into the game on the back of Sunday’s encouraging 3-0 friendly win over Malta – a result which got Baraclough his first win inside 90 minutes at the 12th attempt.

Notably this end-of-season trip has been Baraclough’s first without a competitive fixture, allowing him time to work with his players in a more relaxed way, though he said he had not treated it as such.

“I think the way we attacked these games was that these were two competitive games,” he said. “We came here with objectives to try and fulfil and at the top and bottom of those objectives was to win two games.”

Ukraine, 24th in the world, promise to be much, much tougher than a Malta side ranked 175th and short of match fitness. 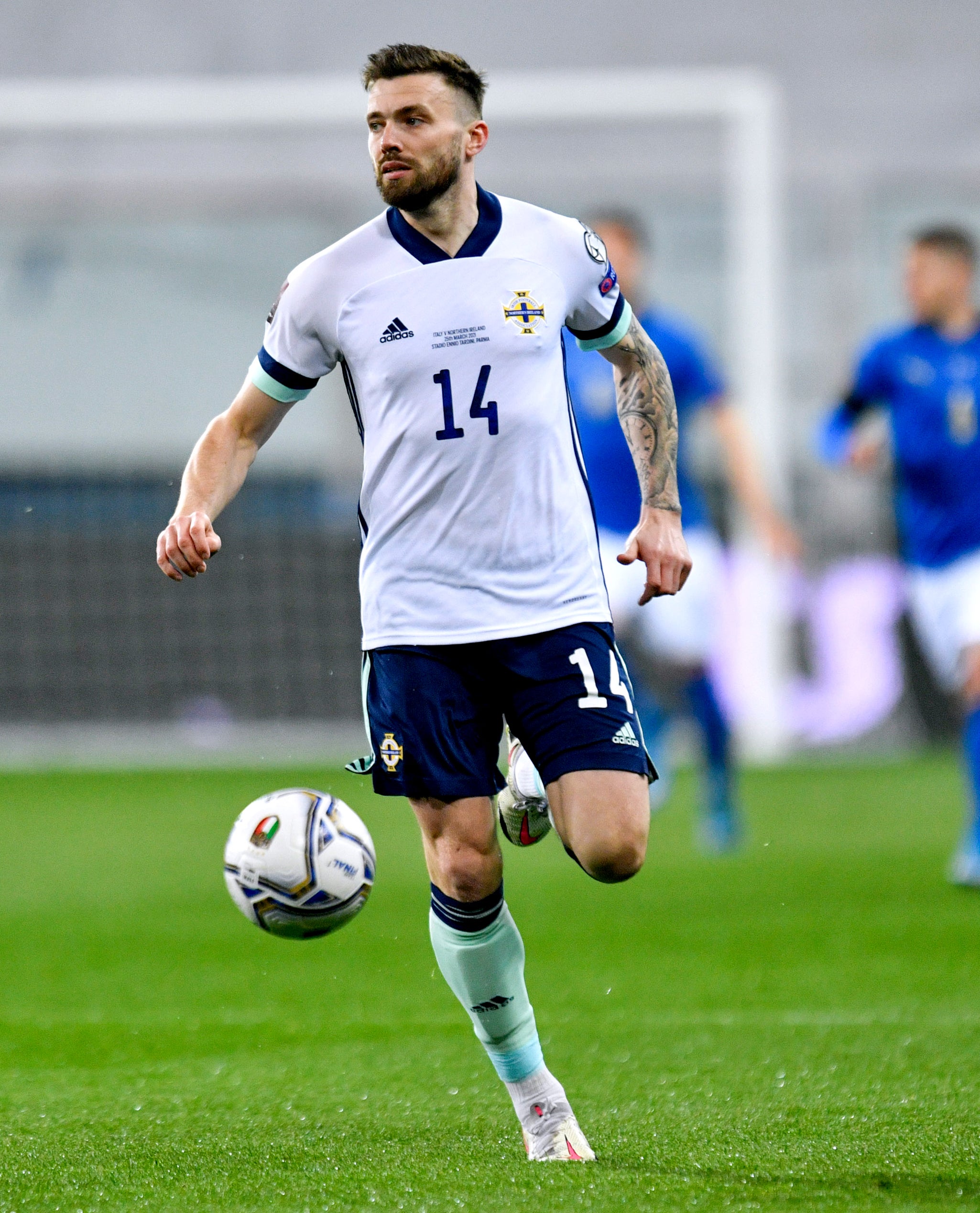 “They will obviously be technically better than Malta,” Baraclough added.

“They’ve got players playing at a higher level week-in, week-out, and a lot of players are together at two major clubs in Dynamo Kiev and Shakhtar Donetsk and that helps if you’ve got a main body of players who know each other’s games.

“Clearly they’ve got the Euros to look forward to and I’m sure the players will be desperate to impress their coach.

“I understand the stadium will be half full…and it will be a carnival atmosphere for them.”

Baraclough, who is expected to again name a strong side, will have two fresh options with Dan Ballard and Kyle Lafferty having joined up with the squad since the weekend.

The likes of Conor Bradley, Sam McClelland, Alfie McCalmont and Ethan Galbraith will have to wait their turn but Stuart Dallas, in line to again captain the side, said it was important to manage their integration carefully.

“I think the future is bright,” the versatile Leeds player said. “But it’s important not to put too much pressure on the young lads. With the senior lads they’re trying to follow, it’s a big ask for them.

“It’s important we try to bring them in at the right time and give them all the experience they need.

“Definitely I’m excited about it going forward. The manager is and the whole group is.”