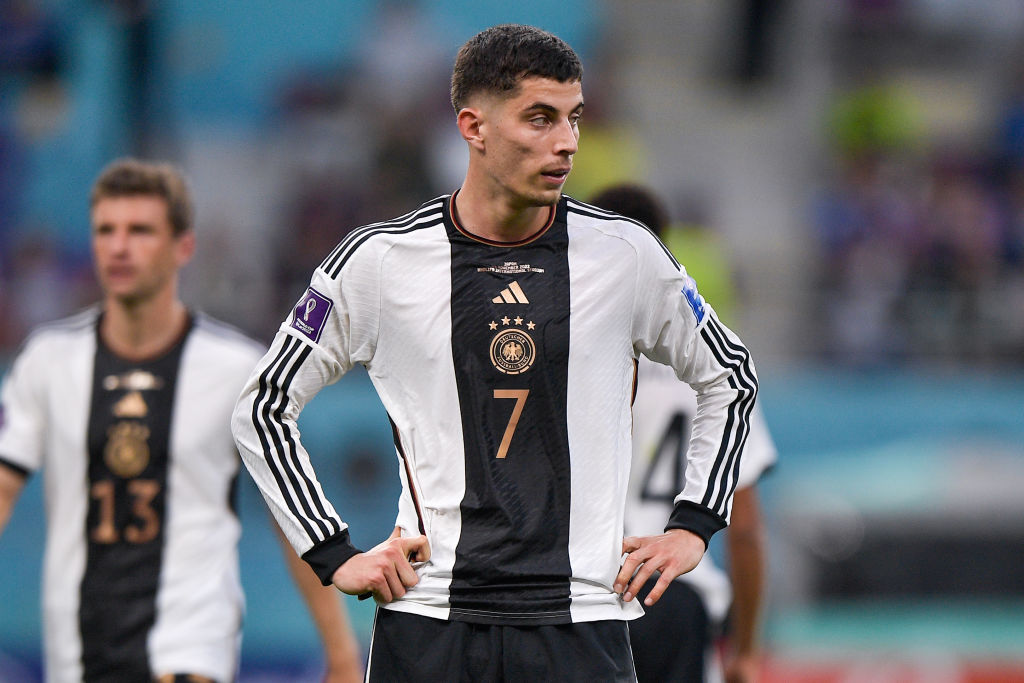 Havertz started the match at the Khalifa International Stadium in Qatar, and looked to have put his side 2-0 just before the break after tapping home Serge Gnabry’s cross.

There was an instant suspicion of offside however, and after a surprisingly long VAR check, the goal was ruled out with the 23-year-old clearly offside.

Germany took the lead in the first-half through Ilkay Gundogan’s penalty and were expected to cruise to victory.

But two late goals from Ritsu Doan and Takuma Asano stunned the four-time World Cup winners as Japan defeated Germany for the first time in history.

Analysing the disallowed goal for ITV, Wright was incredibly frustrated with Havertz’s positioning, exclaiming: ‘Havertz, just stay where you are!

‘The ball is coming across there. You don’t need to go. If he just waits, just stay there you’ll be able to slide in and get it.

‘The thing is you could see how much close he was to the goal. I can’t believe this is happening at this level!’

Japan are BEATING Germany thanks to Takuma Asano ð± pic.twitter.com/9emat3vyB2

Since his £72million move from Bayer Leverkusen to Chelsea, Havertz has come under intense scrutiny, having failed to live up to expectations, though he did score the winning goal in the 2021 Champions League final.

As for Germany, they have now lost their opening game at a World Cup for the second tournament in a row, and now face a tricky test against Spain in their next on Sunday.

‘Sule drops so deep that he [Asano] is kept onside. Poor play. But the touch and the goal is quality.’