Report as referee Anthony Taylor sends off Arturo Vidal for dissent and Eden Hazard opens his account in the Champions League for Real Madrid; Rodrygo wraps up the points for visitors Real Madrid revived their Champions League campaign after beating Inter Milan 2-0, a result that leaves the Serie A side a mountain to climb in Group B.

Eden Hazard scored his first Champions League goal for Real when firing home from the penalty spot (7) after Nacho was fouled by Nicolo Barella.

Inter, having taken just two points from their first three matches, knew only a win would do but their task became much tougher when Arturo Vidal was dismissed for two quickfire yellow cards by referee Anthony Taylor – both were for dissent after failing to be awarded a penalty (33).

Rodrygo (59) wrapped up the points with his first touch from off the bench, coolly slotting home at the back post following a Lucas Vazquez cross.

After taking just one point from their first two games, a failure to qualify from the group stages for the first time in 24 years looked a distinct possibility for Real but back-to-back wins over Inter have settled those nerves. 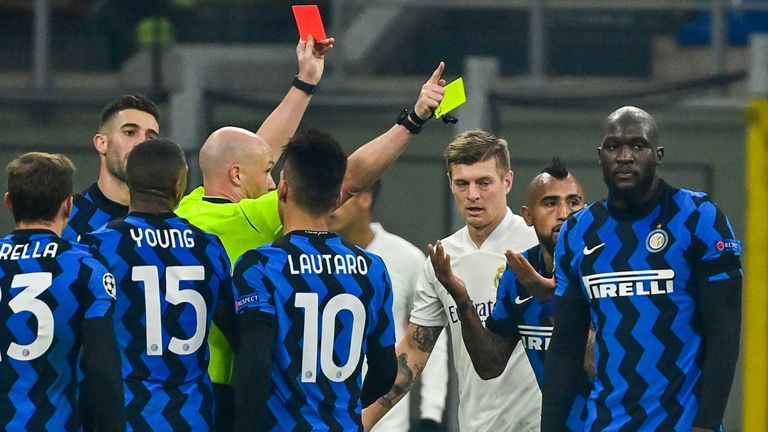