Mauro Icardi has no future at Inter Milan after his explosive argument with Antonio Conte last year, despite reports suggesting he is unlikely to be signed permanently by Paris Saint-Germain. That’s according to the Italian giants’ vice-president, Javier Zanetti.

Icardi has spent the year on loan in Paris after being shown the door at the San Siro.

Inter signing Romelu Lukaku all-but signalled the end of his time in Italy, after the Argentine forward had a bust-up with club officials.

He had a falling-out with the club after comments made by his agent, and wife, Wanda Nara.

The agent criticised Inter’s management, leading to him being stripped of the captaincy. 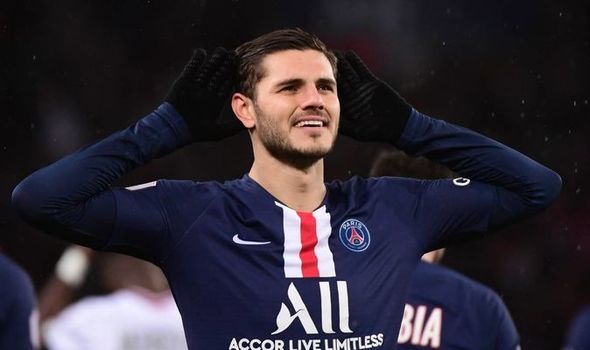 He then secured a loan move to PSG, and hit the ground running by scoring 20 goals in 31 games across all competitions.

But reports have suggested that the loan move will not be made permanent, and that the striker wants a return to Milan.

That now seems unlikely, after Zanetti admitted he doesn’t see a future for the Argentine at the San Siro.

“I don’t know, I don’t think so,” Zanetti said of the potential of Icardi returning to the club.

“But right now we’re not talking about the transfer market, the most important thing is health.

“Then we’ll have time to think about it.”

Inter’s arch-rivals, AC Milan, are reportedly dreaming of a bid to sign the striker in the upcoming window.

They have, however, been warned that he will more than likely cost upwards of £88million. 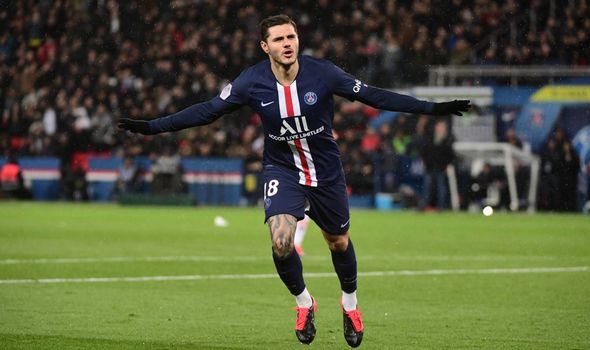 Zanetti did, however, insist he believes Icardi’s team-mate Lautaro Martinez will stay at the club.

The 22-year-old has emerged as a prime target for Barcelona, Chelsea and Manchester City, and has a £97.5m release clause.

But club legend Zanetti thinks the youngster will stay put.

He said: “At Inter I see him happy, he identifies with the club. We believed in him. I see his future at Inter.”