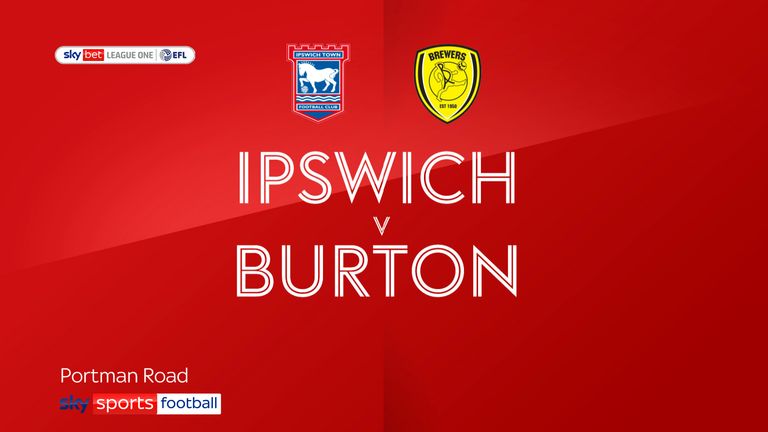 Emyr Huws’ stooping late header was enough to secure all three points for Ipswich who struggled to overcome League One basement side Burton.

The 2-1 result moved the Tractor Boys up to fifth place, just two points behind leaders Hull.

Keanan Bennetts opened the scoring for the home side when Oli Hawkins won the ball in the air. It fell to Kayden Jackson who played in Bennetts and the latter made no mistake as his low shot ended up in the corner of the goal.

Goalkeeper Kieran O’Hara came to the visitors’ rescue when he palmed away a fierce shot from Jackson and Bennetts’ whipped effort from outside the box flew just wide.

But Burton struck back midway through the first period when Joe Powell converted a cross from Colin Daniel.

Ipswich captain Luke Chambers went down in the penalty box and was convinced he was fouled but referee Darren Bond turned away appeals.

But Huws grabbed the winner after 80 minutes when his initial snap shot was parried by O’Hara but he converted at the second attempt.

And Burton missed a golden opportunity to equalise in the 89th minute when Lucas Akins stabbed the ball over the crossbar.