Ipswich boss Paul Lambert has hit out at the lack of Covid testing at English Football League (EFL) clubs, while the side’s physio has suggested football could benefit from a “circuit breaker” to reduce the spread of the virus.

The Tractor Boys have been forced to postpone fixtures against Northampton and AFC Wimbledon this month after Lambert and five players tested positive. On Tuesday, the club announced their general manager of football operations, Lee O’Neill, had also returned a positive test.

Ipswich have closed their training ground and told all players and staff to stay away. Fellow League One clubs Portsmouth, Peterborough and Sunderland have also reported positive cases in recent days.

Speaking to Sky Sports News from home – where he is isolating – Lambert accused the authorities of leading clubs “on a whim and prayer” and that the current approach is “dangerous”.

He said: “I’ve got friends in Germany, sporting directors, and in the third league, they’re getting tested twice a week. We’re getting led on a whim and a prayer. 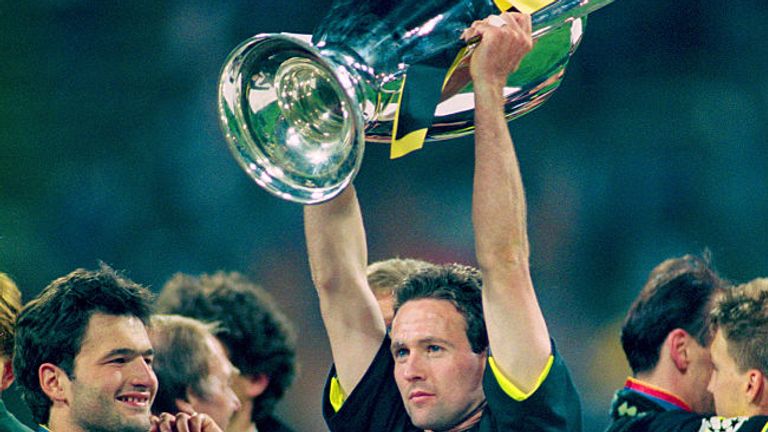 “I think we’ve been tested – since we’ve been back in July – six or seven times. In between that, it’s been mayhem. Nobody knows if we’re going into games with the virus.

“It’s wrong what’s happening because you’re putting everybody at risk. The government are telling you not to go out, not to travel, stay home if you can. Well here’s a good idea: go and play football and get some more cases on your books.

“You cannot expect people to go out there and play football with a chance that you could get it. But if you’re getting tested twice a week it will definitely give you a better sounding board of where you are.

“For me, it’s dangerous, and it’s definitely hitting home now. I said that right from day one when it all started again – we shouldn’t be different to the Premier League.”

The EFL currently carries out testing at “strategic times throughout the season”, whereas the Premier League has weekly rounds of testing.

On Tuesday, the EFL said: “Following the recent government update in regards to Tier 4 restrictions and the emergence of a new strain of coronavirus, EFL clubs will be reviewing and further strengthening their COVID-19 protocols to help minimise the transmission risk.

“The stringent protocols are based on scientific and medical evidence and, if followed correctly, are proven to help mitigate against the spread of the virus.

“Players and staff showing symptoms will continue to be tested and clubs will follow government and EFL guidance in relation to self-isolation periods.

“The EFL has league-wide testing at strategic times throughout the season with the next round of mandated tests scheduled for week commencing 4 January. The EFL regularly reviews its COVID-19 protocols and guidance in-line with government advice.”

Ipswich physio Matt Byard has told Sky Sports News that the EFL should consider a two-week circuit breaker to allow clubs to reassess their Covid procedures.

He said: “We’re now undertaking a three-game break, Peterborough are, Sunderland are and it appears Portsmouth may well be adopting a similar sort of procedure.

“I feel it may be important to look at a break and re-evaluate policies and procedures when the demands of the next game aren’t quite so pressing. Then we can see if we can find a new way of working in two weeks.

“I’d also like to recognise that all of those teams are missing training and games for up to 21 days. Depending on the status of our Fleetwood game, that may well be 28 days, which has a relevance for the welfare of players, susceptibility to injury and being able to perform at the desired level.”

The £1,000,000 returns for Boxing Day. Enter your predictions for free and you could become a millionaire!