Home » Soccer » Is there room for Mount and Grealish in England's starting XI?

Mason Mount or Jack Grealish? Or both? Gareth Southgate facing an England midfield puzzle with echoes of the Gerrard v Lampard debate that no manager was able to settle

It doesn’t take long for fans to tweet pictures of Gareth Southgate with captions along the lines of: ‘Well, you just have to look at Mason Mount watching from home. He’s done really well to turn the telly on.’

The reason, of course, is Southgate’s apparent preference of the Chelsea midfielder. Mount has made 10 appearances under the Three Lions boss – who has publicly praised his past performances. Grealish, meanwhile, was made to wait for his first call-up and has only played twice. 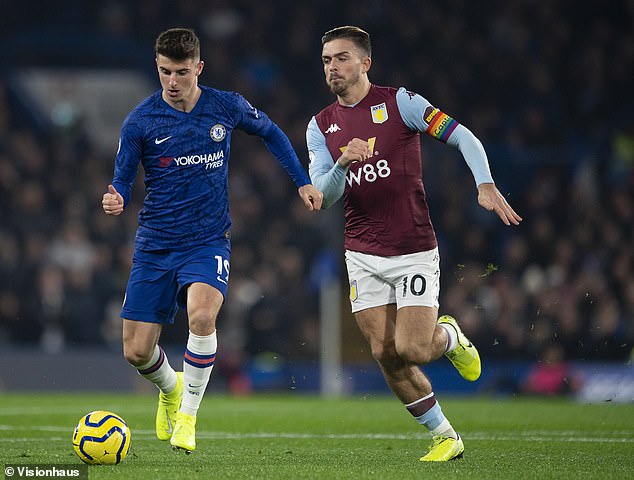 One of those was a man-of-the-match performance in a friendly against Wales last month. But it wasn’t enough to earn him a spot in the starting XI for either of the following Nations League games, with Southgate opting to start Mount in both fixtures as Grealish watched from the bench.

England’s midfield is never a simple selection for managers. Fans still have bad memories of Steven Gerrard and Paul Scholes being shoved out to the left wing on different occasions while the Gerrard vs Frank Lampard debate was never settled.

Mount has previously said he and Grealish are different types of players. Are comparisons fair? Should one start over the other? Can they play together? Sportsmail takes a look… 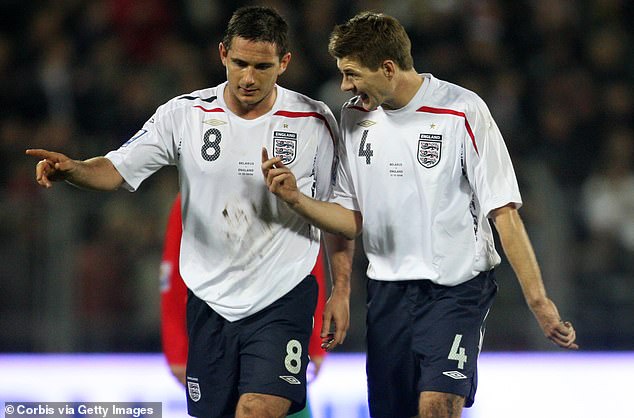 Football is a numbers game more than ever now with players constantly judged by stats.

One of the criticisms aimed at Mount has been his end product.

The Chelsea man scored seven league goals in the 2019-20 campaign. Grealish, in comparison, only managed one more – although he was playing in a team who just avoided relegation.

Their stats aren’t too dissimilar when looking back at their last season in the Championship. Grealish scored six goals in 31 for Villa while Mount managed eight in 35 for Derby.

Grealish has hit the ground running this year with four while Mount has just one. However, Grealish plays slightly further forward for Villa, whereas Mount tends to play behind Chelsea’s front three. 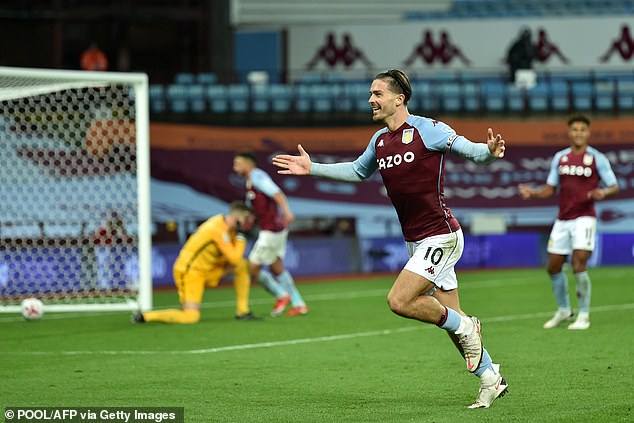 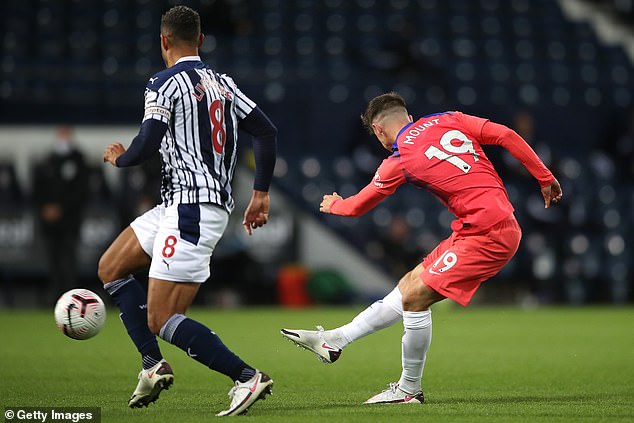 Grealish is often regarded as the more creative of the two players. The Villa captain has five assists this season and has created 19 chances.

That’s four more assists than Mount, who has created 11 chances.

Ironically, Grealish has hugely benefited from playing alongside the on-loan Chelsea midfielder Ross Barkley. The pair ran Arsenal ragged at the Emirates with Grealish running from his own half to set up the third goal for Ollie Watkins.

But Mount has drawn much praise for his last two league performances against Burnley and Sheffield United.

He has more forward passes, perhaps because he plays in a deeper role, and also has a better passing accuracy. 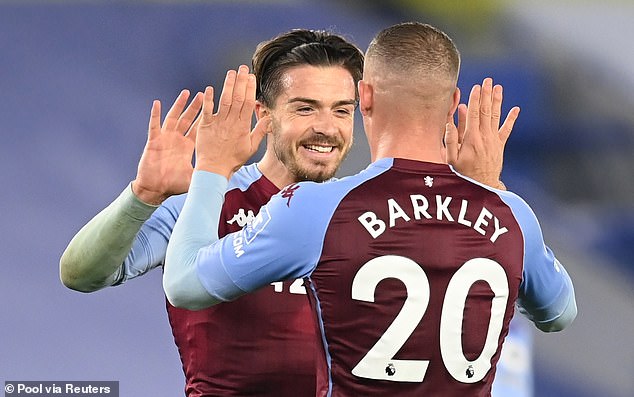 Neither of the two are known for their defensive work. Grealish is one of the league’s most fouled players so it’s not surprising that Mount has made more tackles (15) than the Villa man (10).

However, Grealish has made more recoveries, 36 in comparison to Mount’s 28, which shows his determination to win the ball back when he loses possession.

Any suggestions Grealish is a ‘luxury’ player are unfounded. He is just as capable of putting a shift in and doing the less glamorous parts of the game.

While Mount may have the backing of Southgate, he insists he doesn’t pay any attention to accusations of favouritism.

The midfielder has his critics on social media but the likes of Jamie Redknapp, Danny Murphy and Graeme Souness have all sang his praises.

Souness insisted the 21-year-old would walk into any Premier League team – well, maybe not Aston Villa. But Ashley Cole pointed out Mount has often come under fire from his own supporters – unlike Grealish who is loved by the Villa fans. 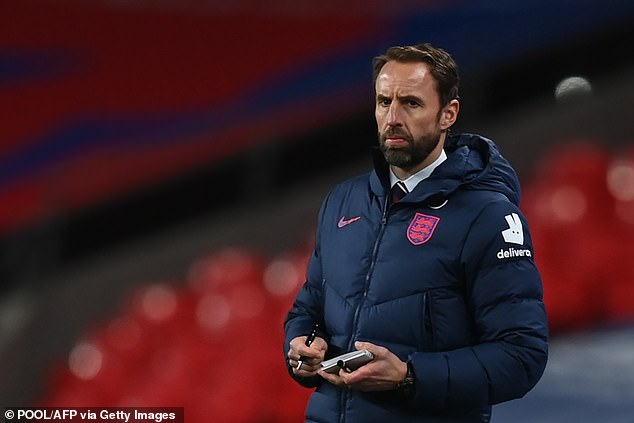 ‘Mason Mount is a fabulous player, I think he’d be my first name in midfield,’ said Souness after Mount’s performance against the Blades.

‘Chelsea fans are critical of him,’ replied Cole.

Souness said: ‘I’m trying to think what team he wouldn’t get in in the Premier League and that includes all the big guns.’

Another suggestion is Southgate favours Mount because of Grealish’s past off-the-field incidents.

There was the breaking of lockdown in March which didn’t help his cause but Mount too broke the rules, albeit for a kickabout with Declan Rice rather than to attend a party.

But many England stars have got it wrong during the pandemic. If Southgate was going to hold a grudge there would be sevreal players missing from the current squad. 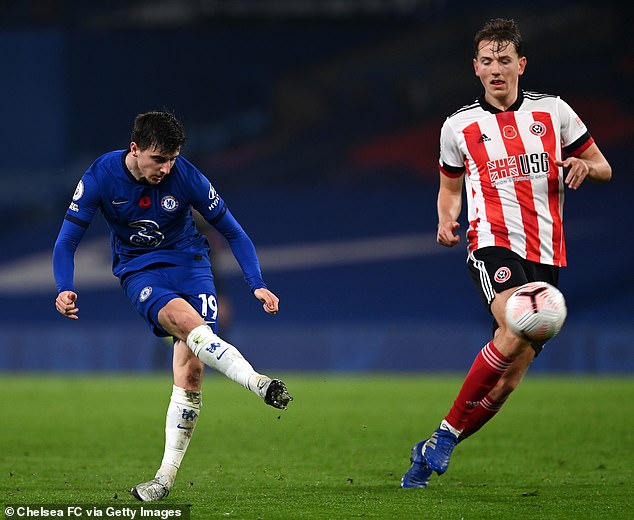 Grealish has a more settled position at club level with Dean Smith using the same formation in every game in contrast to Lampard, who has altered his tactics for different fixtures.

Smith plays a 4-3-2-1 with Grealish operating on the left side of the two with Barkley the on the right.

Mount has also played in that position for Chelsea but his best performances have undoubtedly come when Lampard has played 4-3-3 – with him on the left side of the midfield. 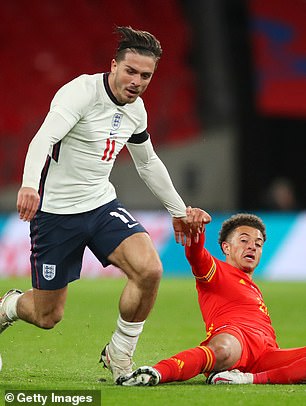 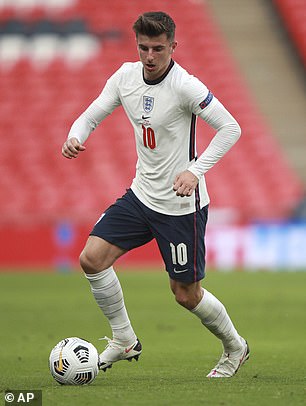 He also seems to prefer this position, telling The Times:  ‘I’ve played midfield my whole life and varied between playing a bit more forward in a No 10 position but I always see myself as an eight.

‘When you’re in a higher position you can’t really show off that passing ability. I’ve definitely got longer passing in my locker and you can bring out more at eight.’

Grealish fans will argue Mount’s best two games have come against the bottom two teams – a fair point. The Villa midfielder has now cut open Arsenal and Liverpool this season and Mount will want to make his mark in bigger games for the Blues.

Can they play together?

Here comes the tricky part. If both are played in their best positions, there’s no reason they can’t both be starting for England.

But Southgate favours a 5-3-2 or a 3-4-2-1. When Grealish started against Wales, he played in the same position he plays in for Villa – the left side of the two behind the striker.

Southgate kept the 3-4-2-1 for the games against Belgium and Denmark but started Mount on the right side of the two with Rashford on the left. Mount scored the winner against Belgium but was less effective against the more defensive Denmark. 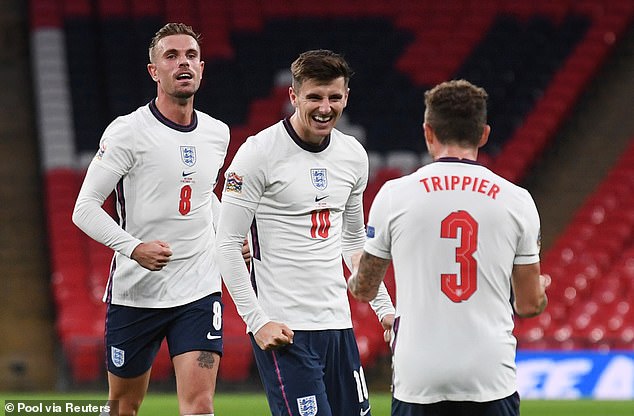 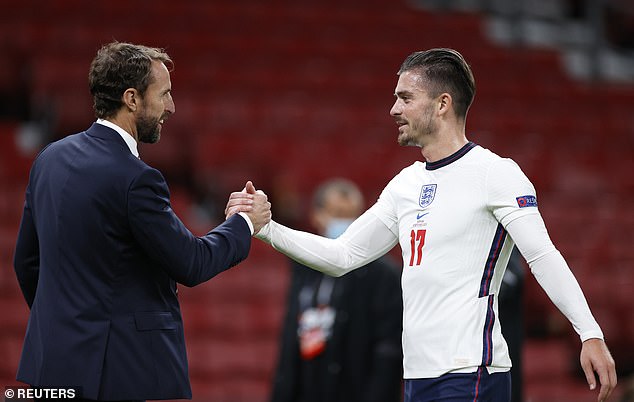 But the England boss favours having three centre-backs, meaning he can only have two midfield options – which has seen Mount be pushed higher up the pitch.

There are a number of debates to be had for the other positions in the team – Harry Maguire and Reece James are suspended for the Nations League games so will likely play against Ireland but the likes of Kane and Henderson could be rested and Rashford is not likely to be risked.

But as an example, the pitch map shows how Mount and Grealish could work in the same starting XI.

Thursday’s friendly would be the perfect chance to test the water and see how the two could work together. 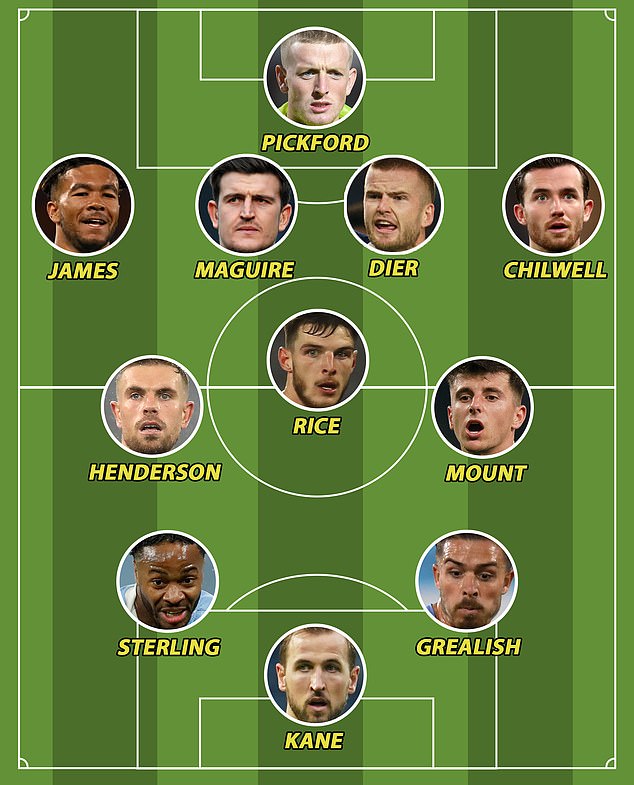